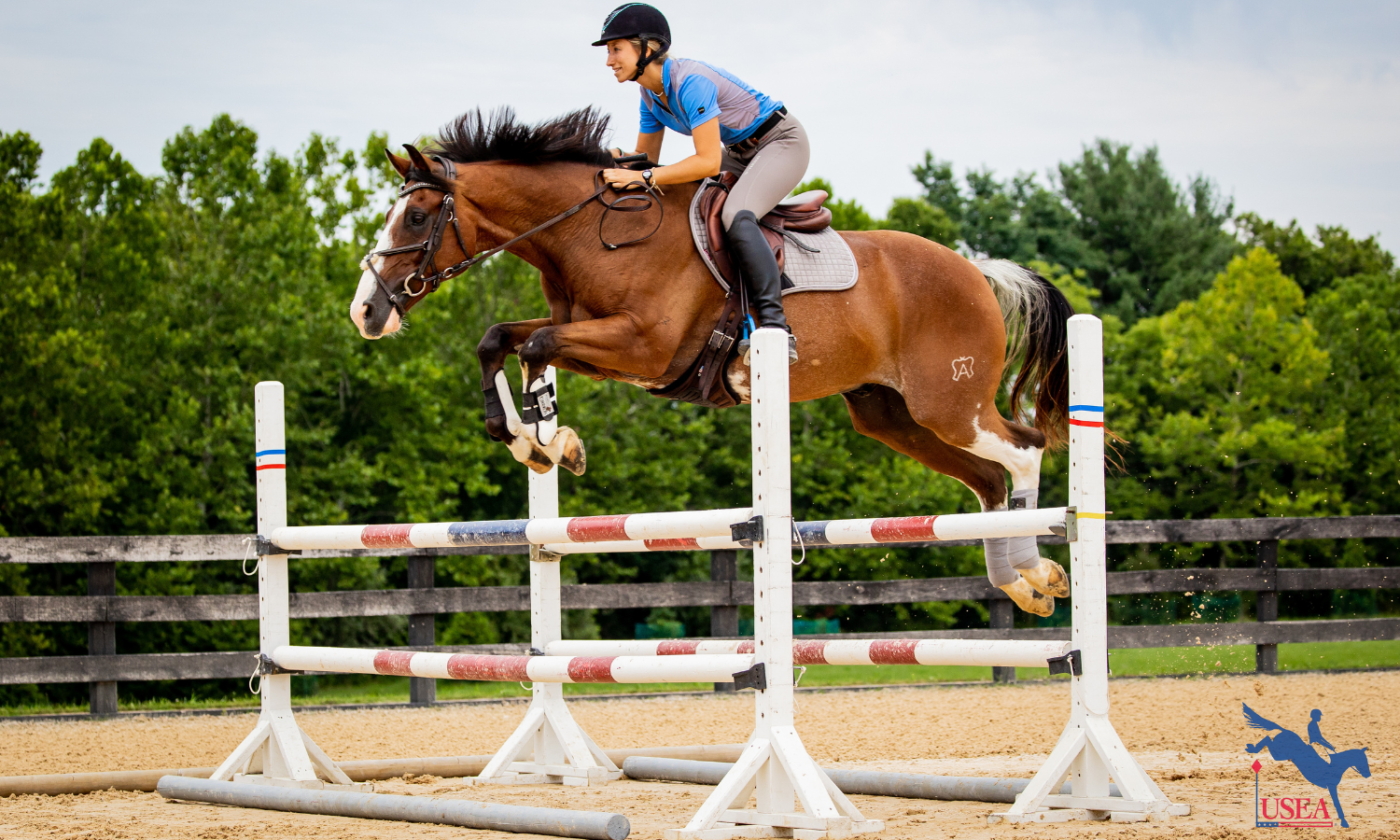 During day two of the USEA Emerging Athlete Clinic (EA21), Pan-Am gold medalist and ICP instructor Shannon Lilley connected the dressage work from Day One with a series of over-fences exercises. Their first exercise was two verticals set on a figure-eight. The goal of the exercise was to use the arena fenceline to get square to the verticals. This could be achieved by not overbending in the turns. Lilley suggested coming out of the figure-eight loop with slight flexion to the outside, which enabled the rider to get their hips and the horse's hips straight. She was looking for a balanced, rhythmical canter that stayed the same around the figure-eight. 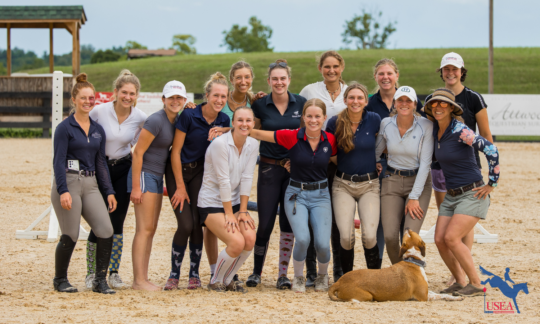 What are the six levels of the dressage training pyramid? This was the opening prompt to the riders on day one of the USEA Emerging Athlete 21 (EA21) clinic. Twelve athletes were selected out of 150 applicants to ride at Morven Park with Pan-American Games gold medalist and USEA Instructor's Certification Program (ICP) instructor Shannon Lilley. The USEA EA21 program's goal is to support an increased pipeline of young riders from the grassroots of eventing to the sport's top professionals.