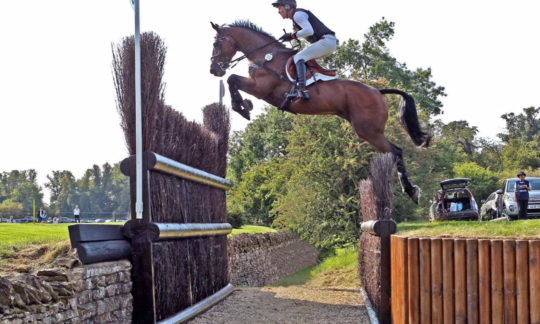 We are welcoming back Irish Olympian Joseph Murphy for an indoor clinic at Gavilan farm January 9 and 10, 2020. Come get a jump start on your 2020 season or just have a good, positive outing. Gavilan farm has a brand new 250 x 150 indoor arena where jump courses with unique exercise will be changed each day! Weather permitting Friday, January 10 can be outside on cross-country. Do not miss this opportunity to get out of the cold and train with the best!

Don't miss out on this opportunity to ride with one of Ireland's leading riders. Joseph has represented his country at the championship level, including the World Equestrian Games, Olympics, and several European Championship. He has received the coveted Armada dish in 2017 for competing at Badminton Horse Trials five times, has won the Glentrool cross country trophy at Badminton in 2015 and 2017 as well as the best cross-country prize at Pau Horse Trials in 2014.