Kidwell Kicks On in the NAYC CCIY3*-S

When overnight leader William Kidwell set out on Ian Stark’s CCIY3*-L cross-country course this morning, he knew it was going to be a forward, galloping track, but then he quickly realized Stark had setup some tricky questions that made him sit back and respect the combinations a bit more.

“My horse went out pretty quick and found the forward distances, and at around 5 , we were a little too forward thinking and it got a little tricky there, so that gave me an idea for how the rest of the course might ride,” Kidwell explained. “I then began to set him up a little earlier for the trickier ones, and I tried to be really efficient throughout the whole thing and give him a powerful ride,” Kidwell said of his ride on Michelle Donlick’s 14-year-old KWPN gelding, Tremolo (Sempatico x Avalo’s Rhapsody).

Kidwell and Tremolo finished cross-country on a score of 28.0, adding no time or faults to their dressage score. “The ground was good, actually it was great throughout the whole course. There were super long gallops, and he’s great about getting his stride out and eating up.”

Making time was of great importance on today’s Adequan North American Youth Championships (NAYC) CCIY3*-S course, as there were only six double clear rides in the division, and three of those are sitting in the top three spots individually.

The Lichten twins Madeline and Katie each fought for double clear cross-country rounds to sit in second and third place individually heading into show jumping. Madeline was out for redemption after being eliminated at the last water complex in the 2018 NAYC. “I was pretty nervous about that, but I tried to be really confident and forward throughout the course, and he was great,” Madeline said of her own 12-year-old Canadian Sport Horse, Yarrow (Yvari x Amelia II). “For me, the last water was hard this year. You had to be really forward there, but he was great. It was definitely hard, but he was awesome and I couldn’t have asked more from him.” The pair head into the final phase on their dressage score of 30.0, just two points behind Kidwell.

Katie Lichten was the last rider for her team to leave the start box, and she knew she had to bring it home for them after watching their successful rounds. “I was actually quite nervous heading out there after not riding Steve for a bit. I just took him to one event before this and I’ve only been riding him for a couple weeks because Allison [Springer] has been riding him for me this year,” she explained. “But he felt really good, and it was amazing to see how confident he felt, and how much he improved this year.”

Katie moved from fourth to third place with Sapphire Blue B (Heritage Fortunus x Lucy Blue), her own 9-year-old Irish Sport Horse gelding after riding clear and inside the time. “He’s not the fastest horse, and I have to keep him coming through the turns. We don’t usually make the time together, so I was really happy.”

Megan Loughnane (Area II) and her 10-year-old Holsteiner gelding, Linford (Landos x Napoline) added just 3.2 time penalties to their dressage score, dropping them from individual third place to fourth. The clean jumping score however, helped secure their Area I/II team a gold medal position heading into the final phase of show jumping. “A little bit of time is to be expected,” Loughnane said of her mount. “He’s a big, heavy horse and he’s not so great at going fast, but he tried really hard today - he was amazing. This is only our second three-star and I was expecting him to be spook and green, but he really stepped up to the plate and we had a lot of fun.”

Sami Crandell and her own 11-year-old Irish Sport Horse gelding Fernhill Chaos (Chacoa x KEC Donna Diamond) round out the Area I/II team, but the pair had an unfortunate stop at the second water complex on Ian Stark’s course, which put them on a score of 61.5 before the final phase. “It was not exactly 100 percent the ride I was hoping for, but he was still really good,” Crandell explained. “He’s a cross-country horse, but he was a little more spooky than I’m used to today – especially at the waters.” She stated that she was “kind of caught off guard” about his stop at the water complex today, but that “he was super fast and bold, and was a lot of fun to ride around the cross-country course.”

The Area I/II CCIY3*-S team has two rails at hand tomorrow as they head into the final phase with a 10.8 point lead over the second place Area IV/VIII team. The first step is to make sure the horses are “happy and healthy” as Kidwell stated. They will all head into the show jumping arena in reverse order of individual standings tomorrow, beginning at 12:15 p.m. 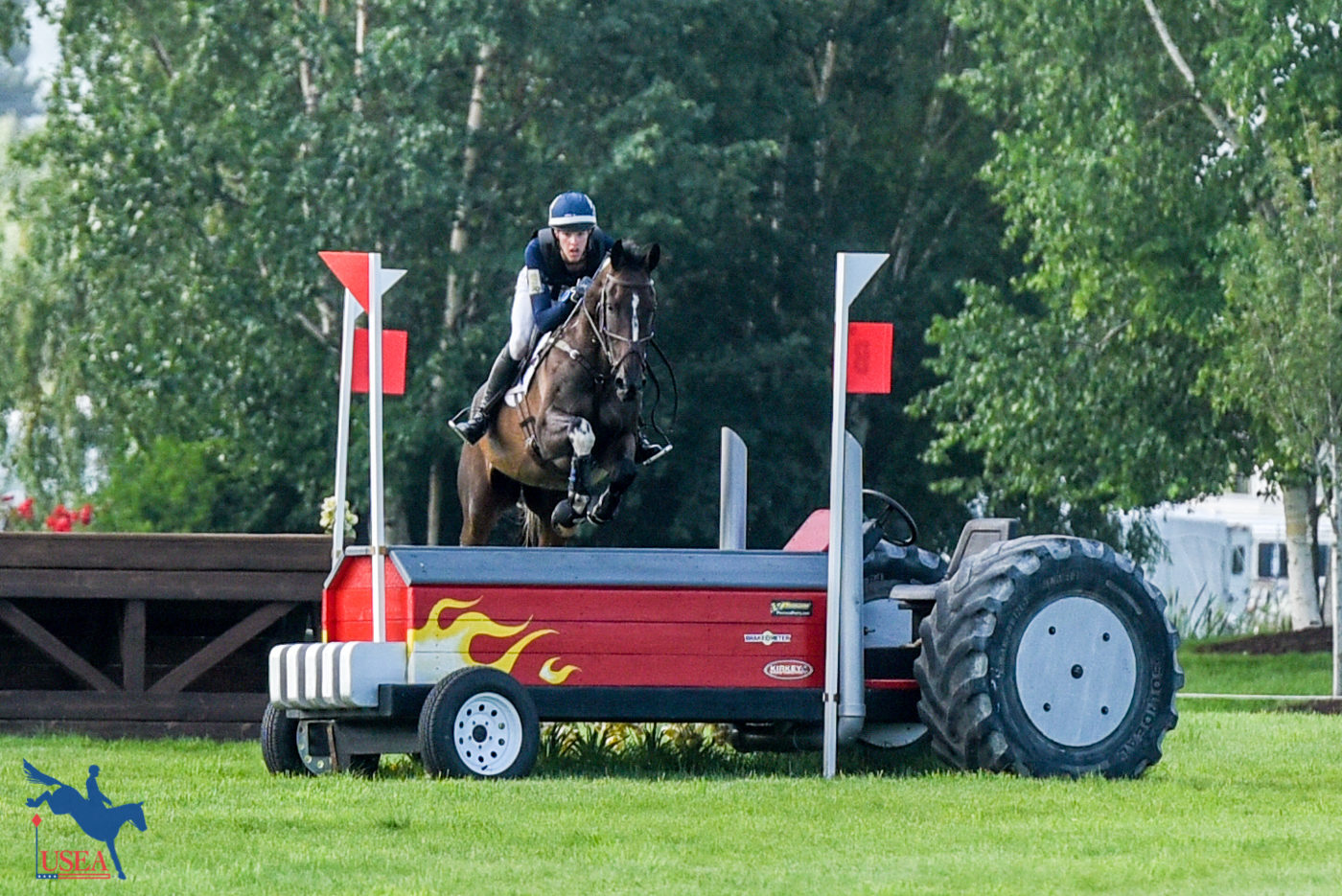 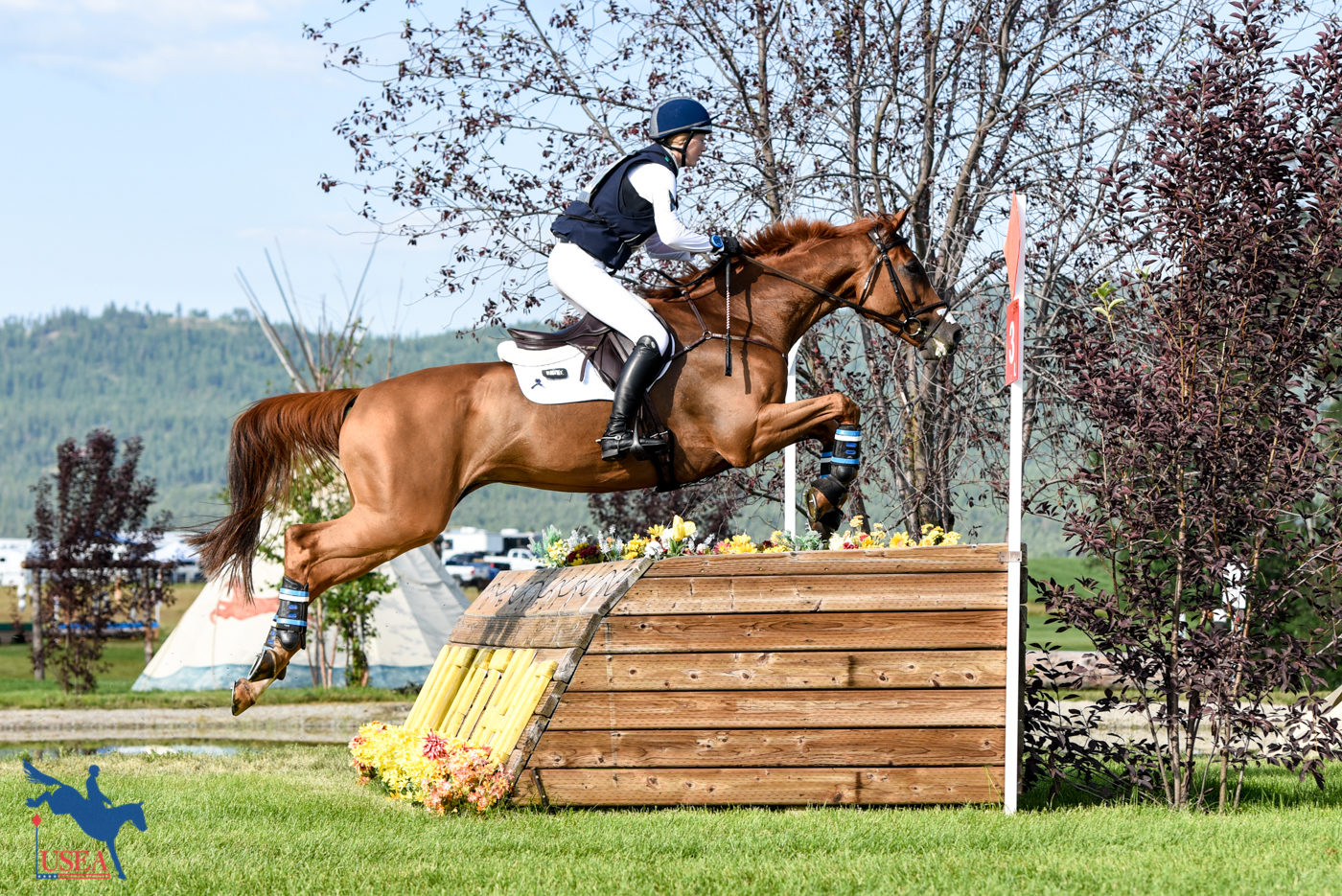 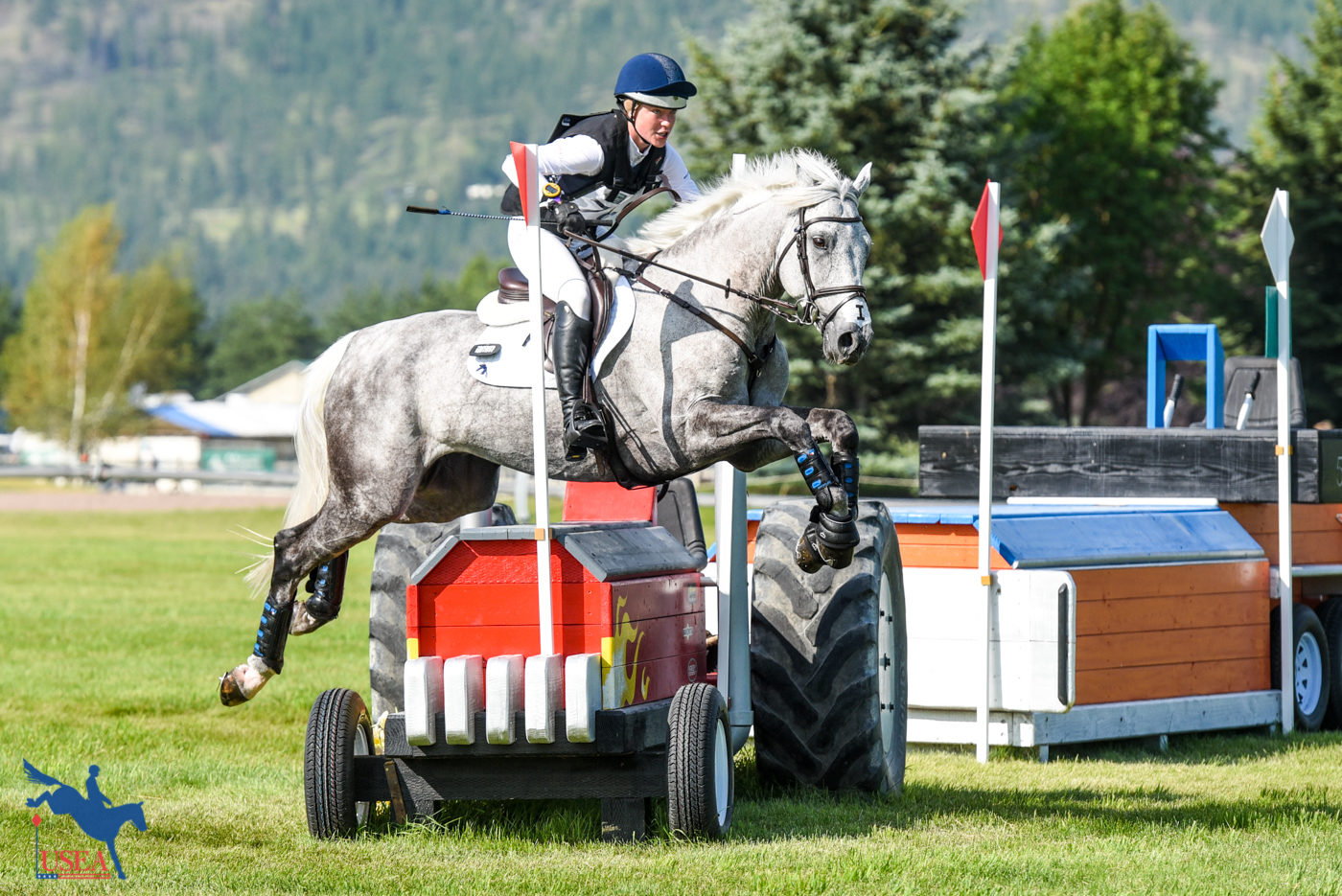 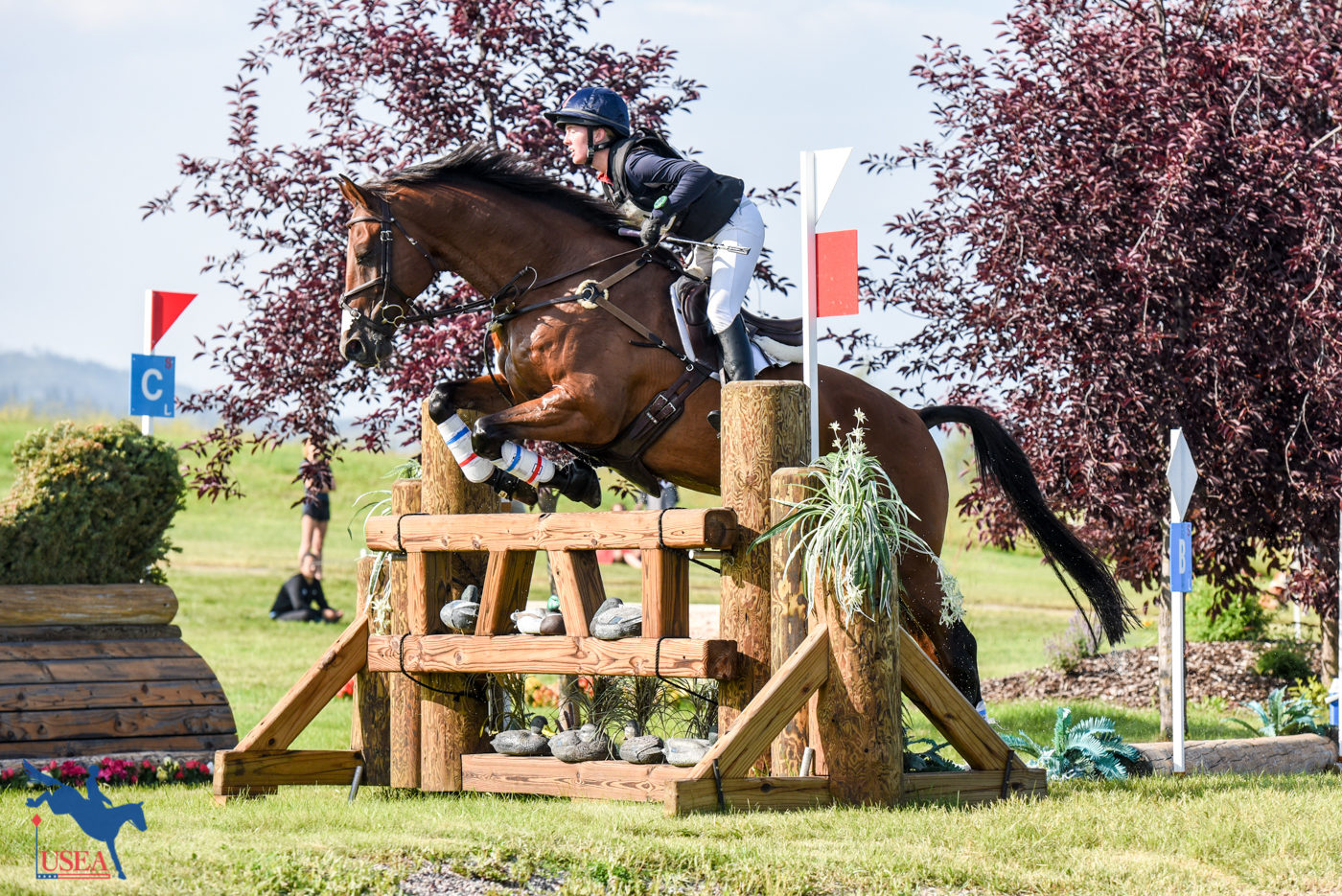 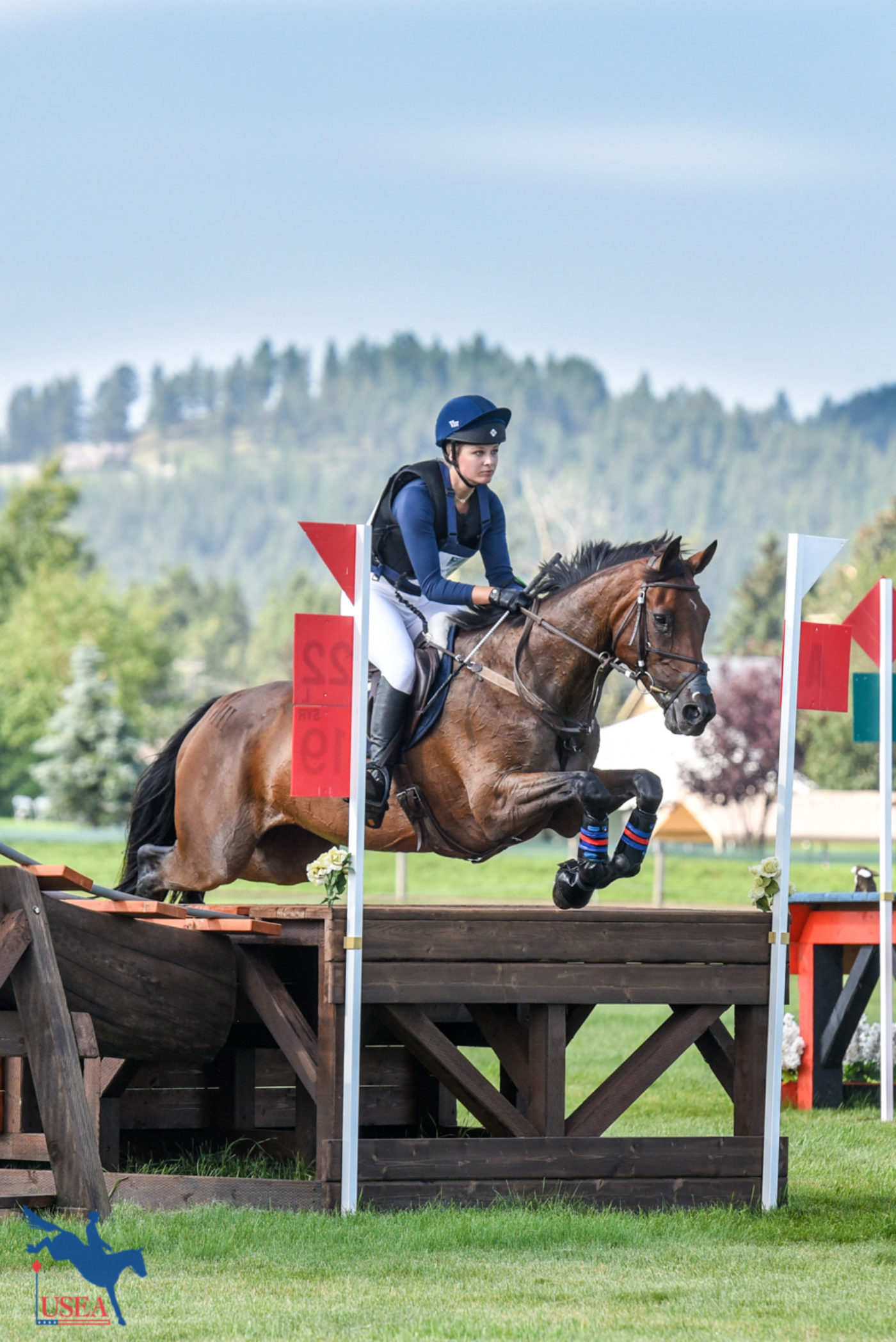 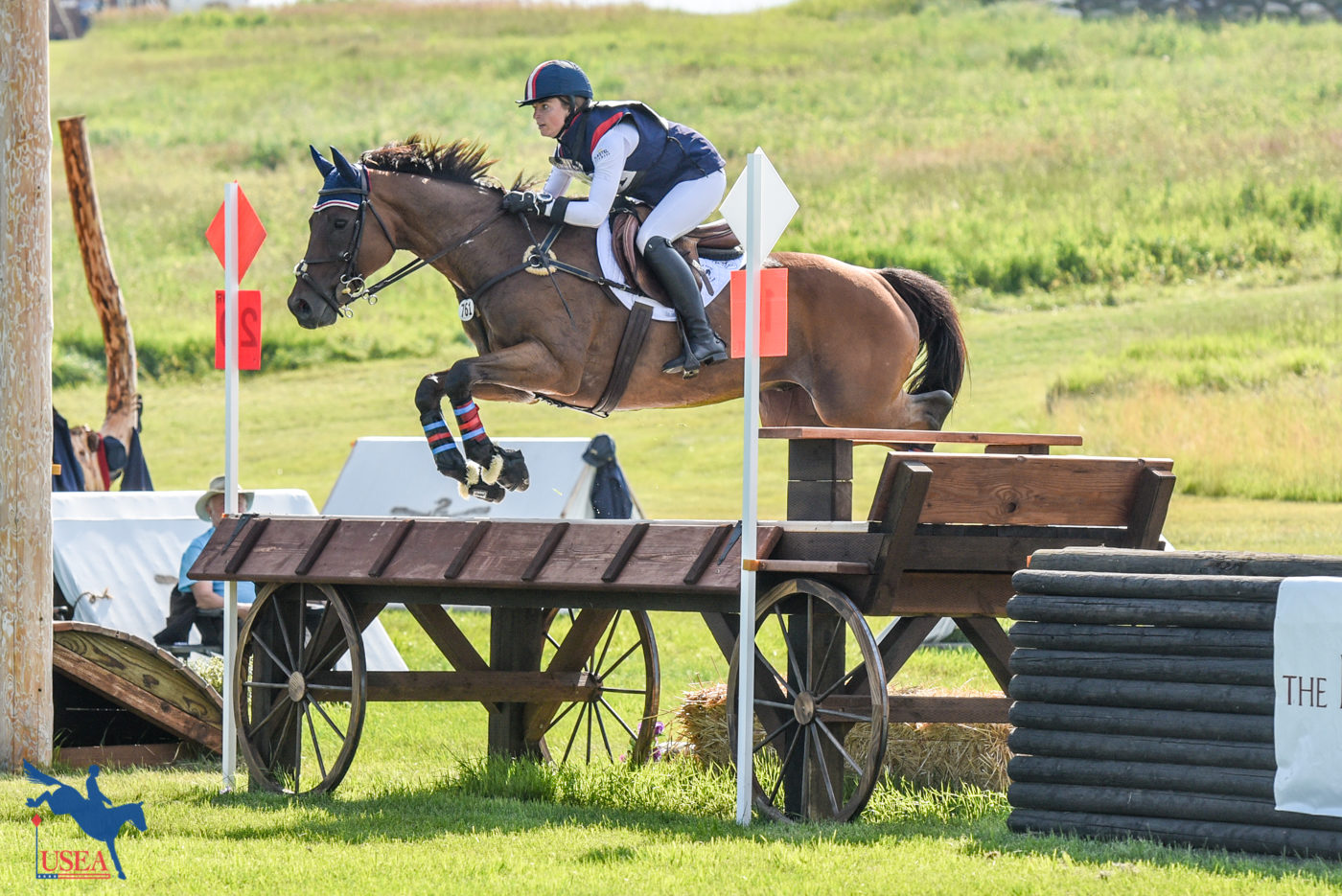 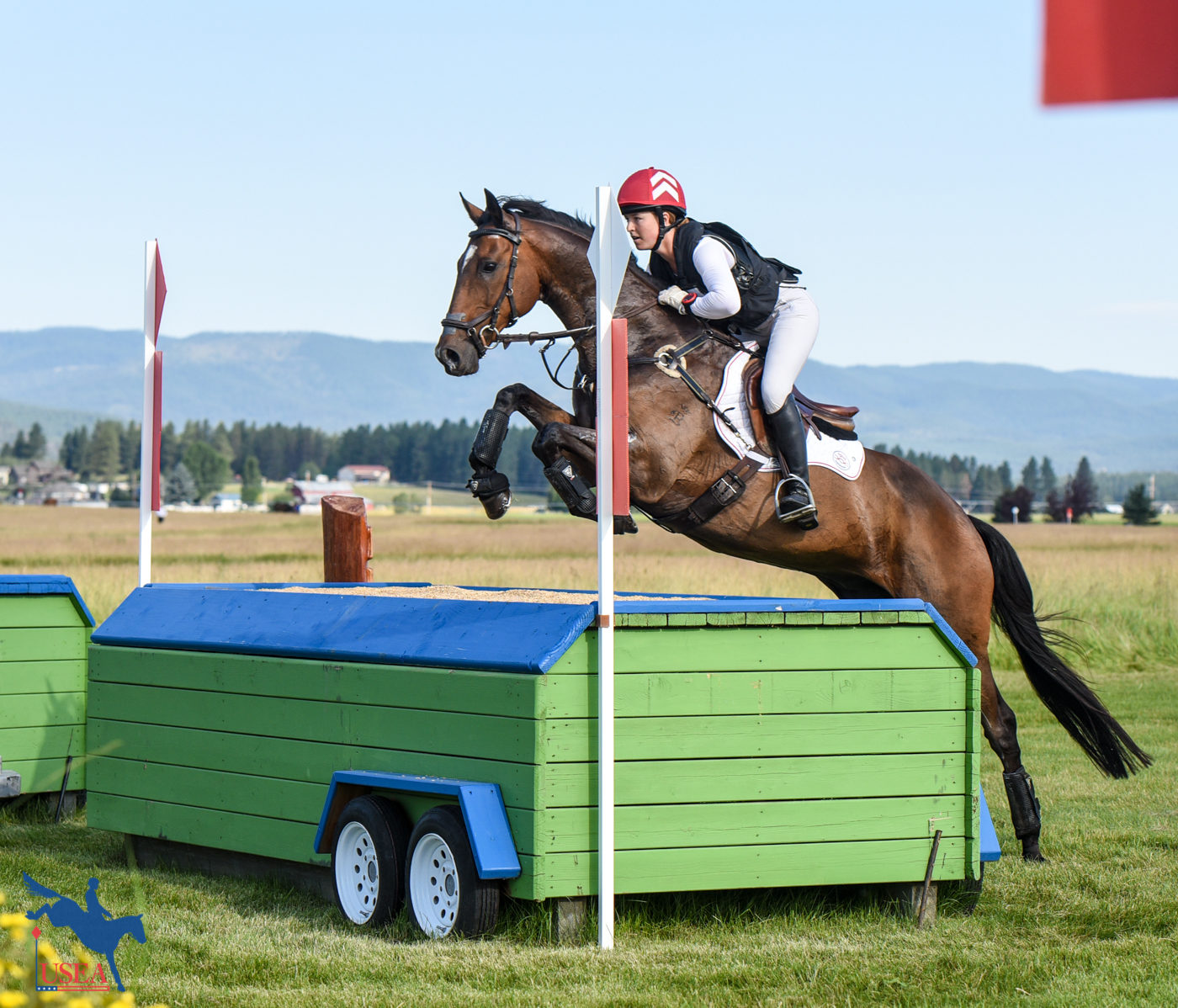 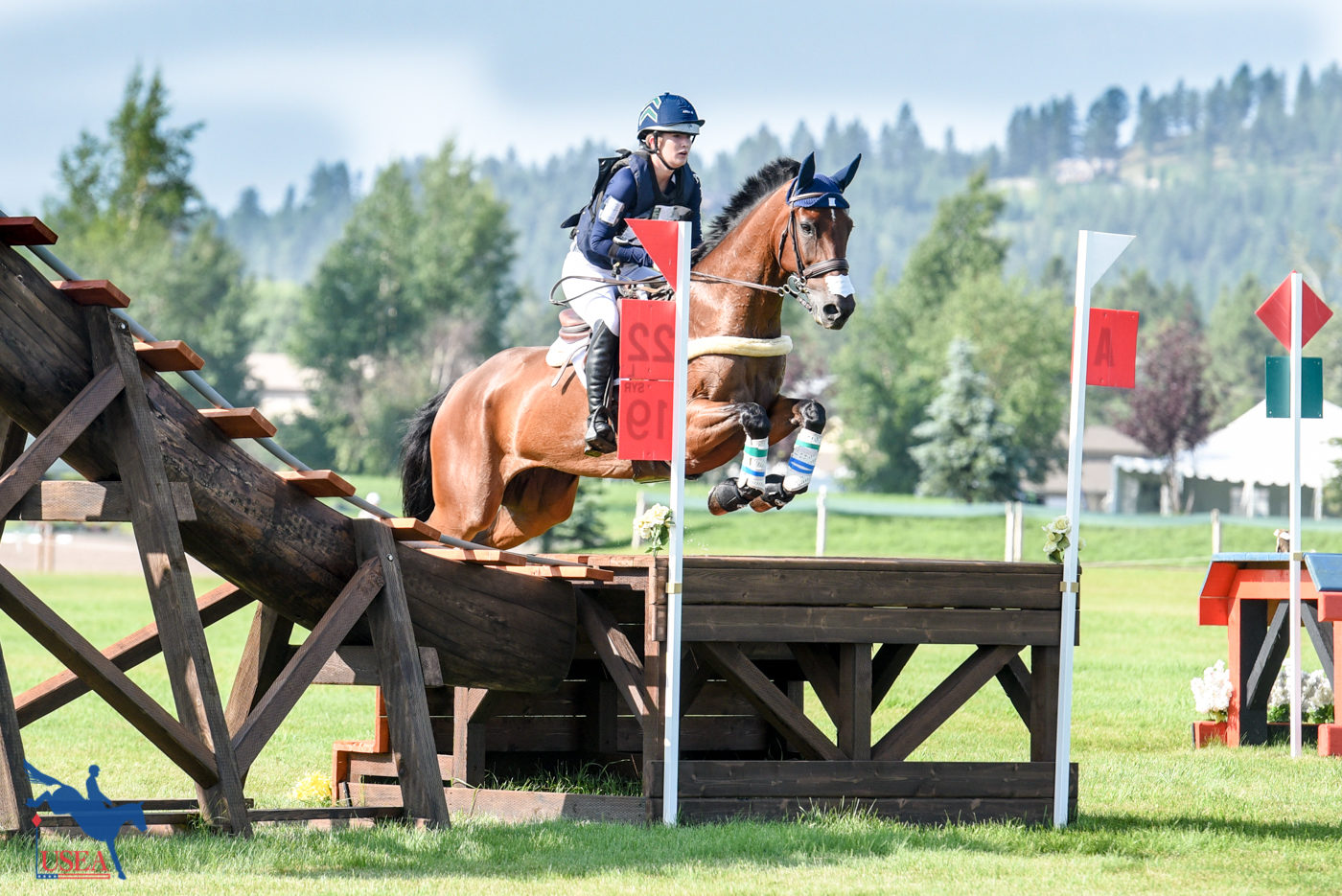 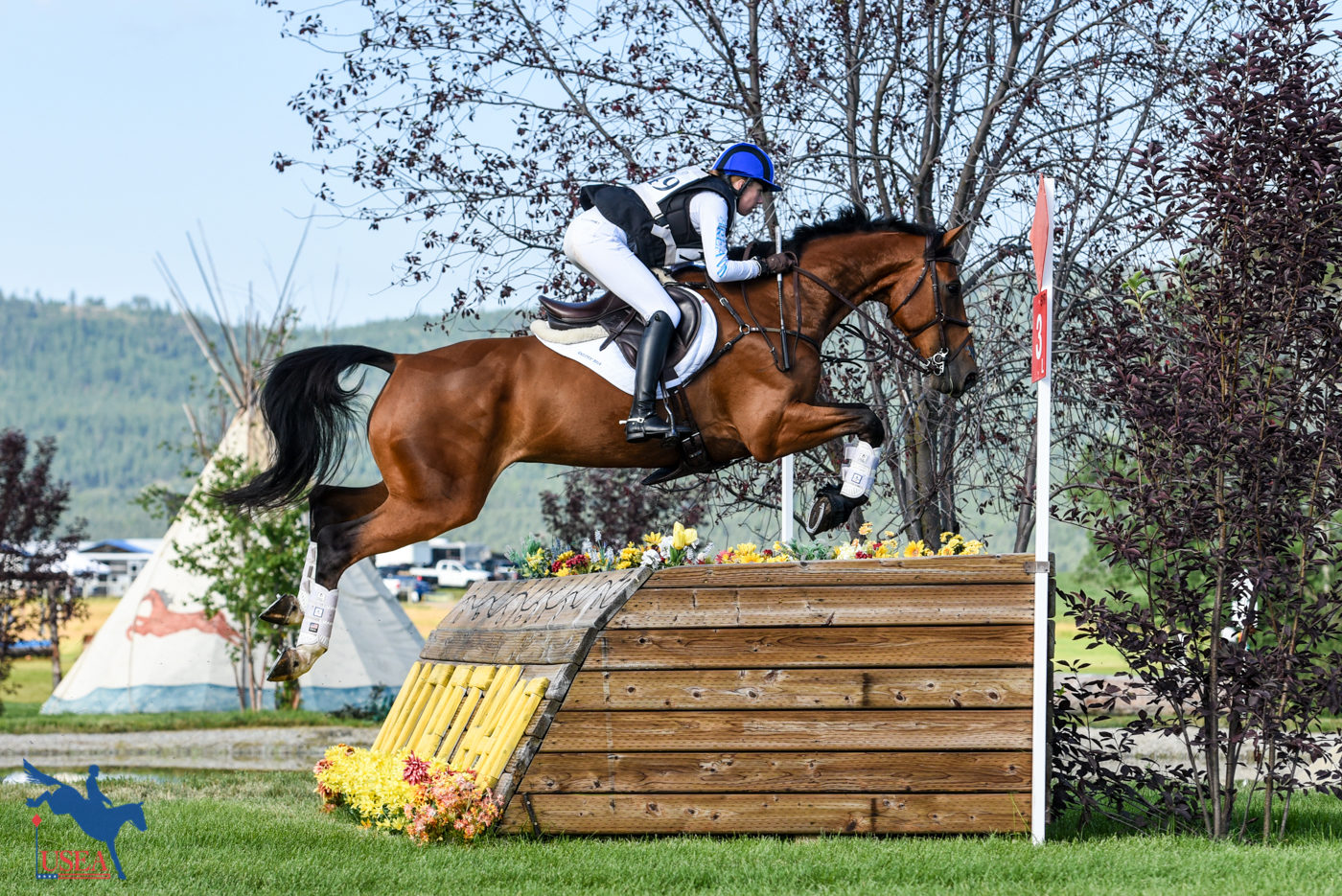 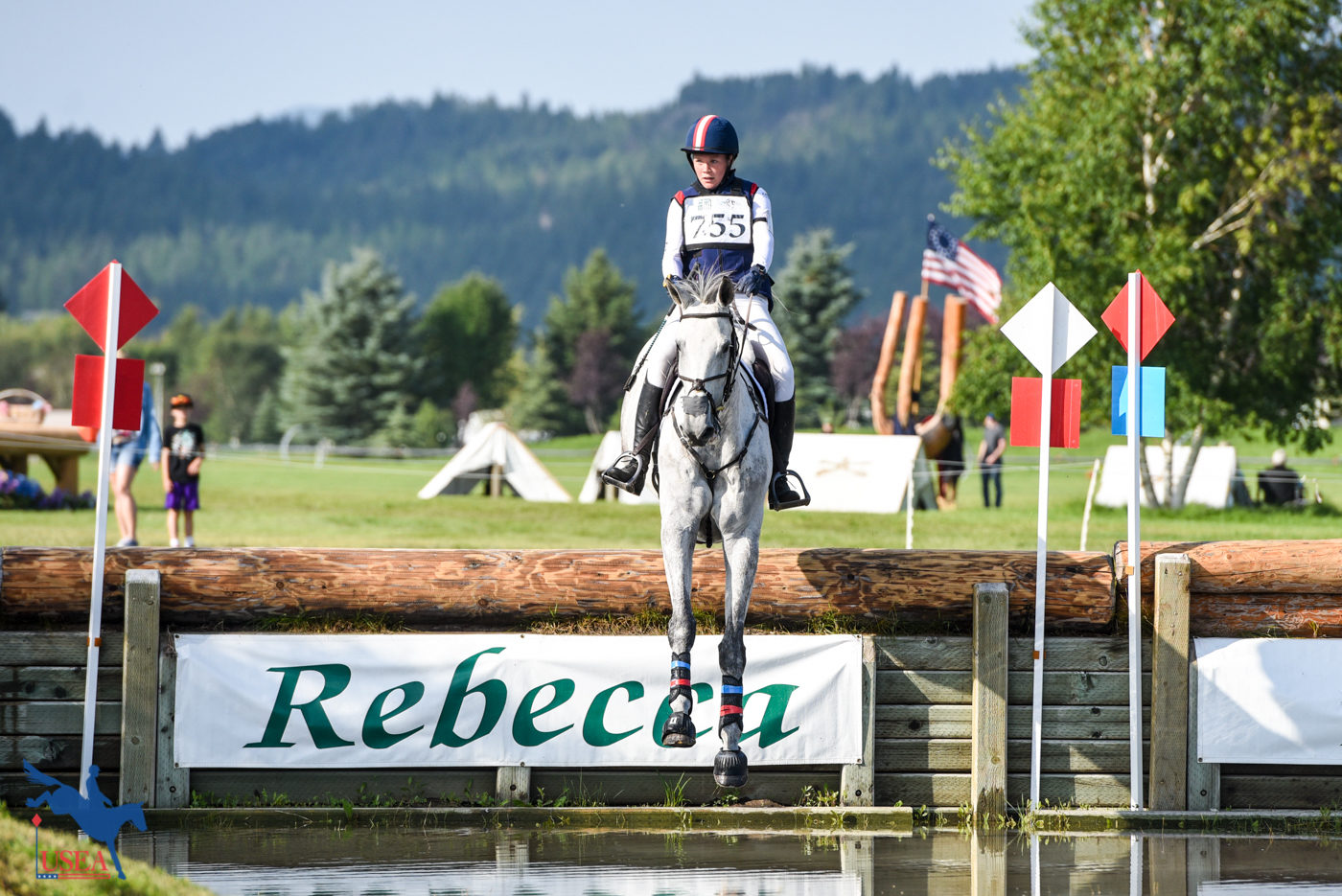 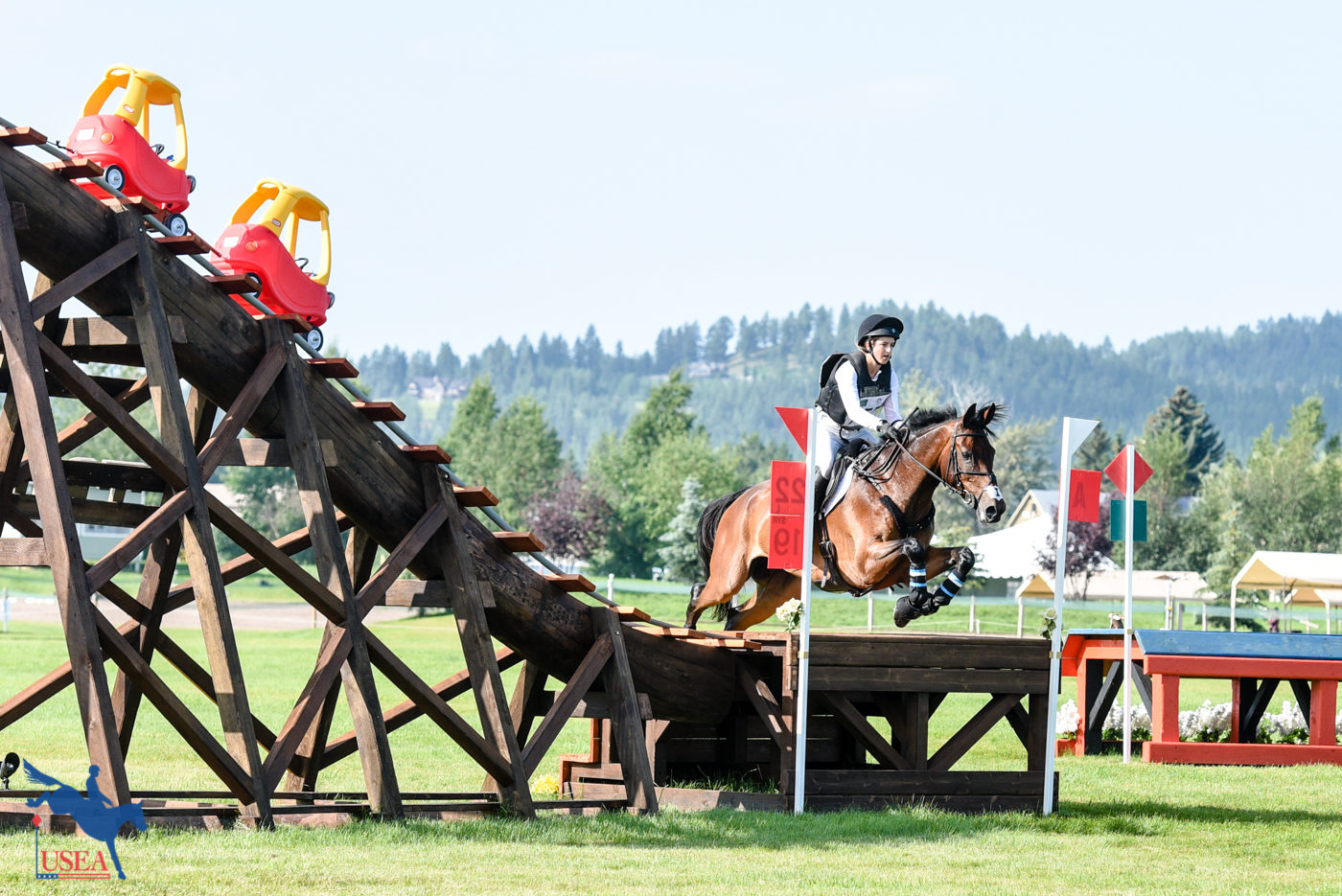 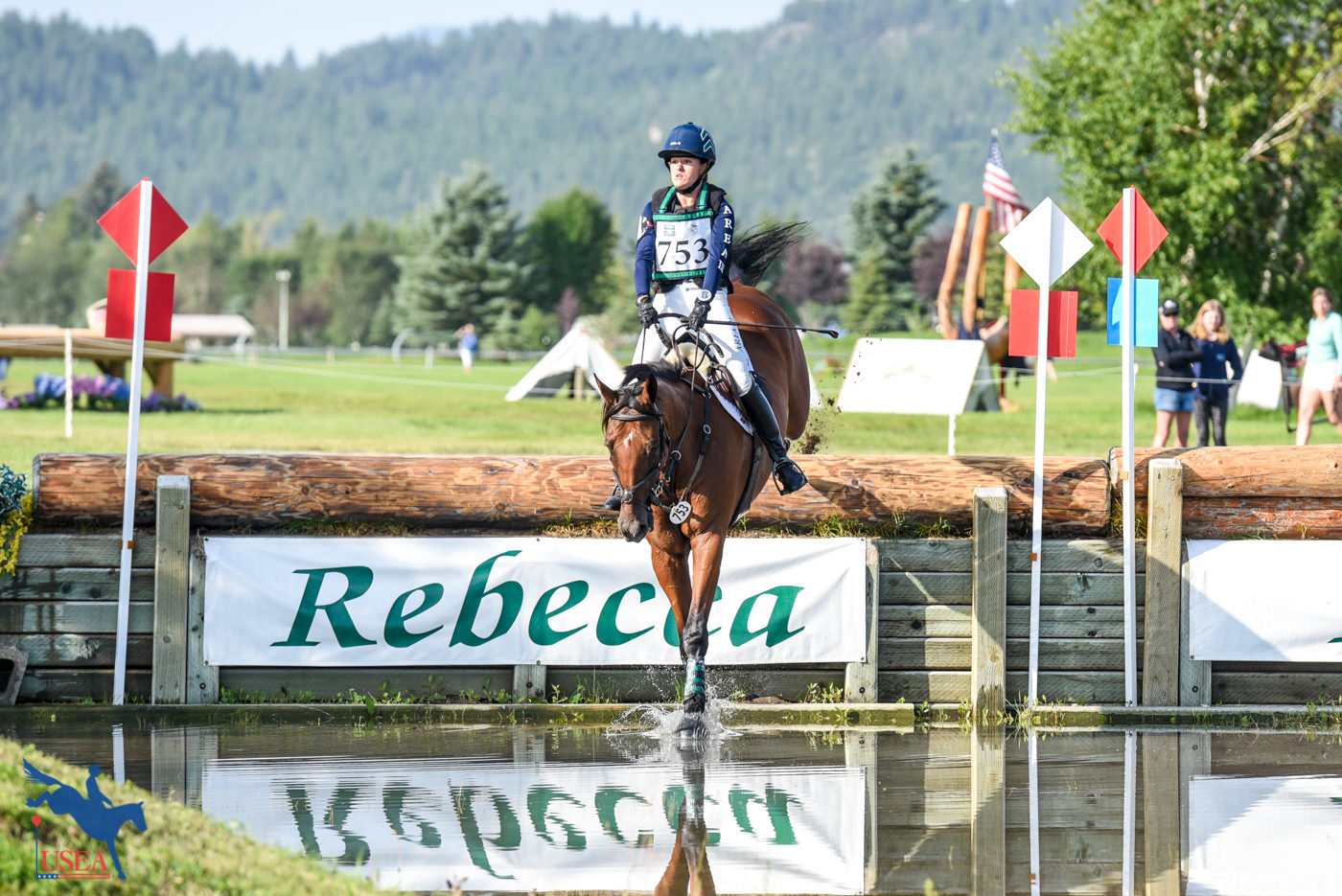