The 2017 USEA Future Event Horse (FEH) East Coast Championships came to a close today after an exciting second day of competition at Loch Moy Farm in Adamstown, Maryland. Today saw the championship competition for 3-year-olds and 4-year-olds, and Robin Walker and Chris Ryan again presided as judges for the FEH divisions.

Wise Master Rubelk earned a hat-trick this year and is officially undefeated in FEH Championships. Ronald Zabala-Goetschel’s Anglo-Arab/Irish Sport Horse (Shamelk x Master Ruby) was the 2015 FEH Yearling Champion, the 2016 FEH 2-year-old Champion, and added another title to his record today, becoming the 2017 FEH East Coast Grand Champion on an impressive cumulative score of 88.973 to beat all the other 3-year-old colts, geldings, and fillies.

“His sire is 25 percent Arabian, 67.5 percent Thoroughbred, and 7.5 percent Warmblood from Germany, Brazil, and Argentina,” explained Zabala-Goetschel. “He’s very laid-back, he’s very well-behaved, that’s why he’s still a stallion. My goal is to have good horses here that can benefit the breeders in the USA, and I think this horse is a horse that could refine a lot of other breeding in the USA . . . he’s fast, he’s brave, he’s a good mover, and he’s easy to handle.”

A group of 11 3-year-old fillies was presented to the judges on this second and final day of competition. Katie Wherley’s off-the-track Thoroughbred, Grateful Heart (Scipion x Withopenarms) ultimately topped all the other 3-year-old fillies and placed third overall with a combined conformation and jumping score of 85.28. Grateful Heart was sourced from Rodney Jenkins, the show jumping Hall of Famer and racehorse trainer. Sabrina Morris’s Slim and Trim (Jump Start x Buff Girl), last year's winner of the 3-year-old filly division and overall 3-year-old Reserve Champion, was also sourced from Jenkins.

“I’ve had her since last fall,” explained Wherley, “she had the whole winter off [while I was in Aiken], and I brought her back [this year]. She’s always had a great work ethic. She had absolutely zero speed on the track, Rodney ran her twice, that was it. But she came off [the track] clean, sound, no injuries, and we’ve just been bringing her along slowly. Her work ethic is way beyond her age, so we’re just giving her the time to grow up otherwise.”

In addition to the in-hand and conformation portion of the 3-year-old FEH Championship class, this age group is also judged over fences in the jump chute. For the FEH 3-year-old Championships, a distance of 9’-12’ is set between the ground pole and obstacle one, 18’-22.5' between obstacle one and two, and 19’-25’ between obstacle two and three. The maximum height of the first fence is 2’7”, the second is 2’9”, and the last fence is 3’3’ in front, 3’7” in back and 4’ in width. The range of distance is to accommodate different types of horses at different stages of development. Every horse may take four to six trips through the jump chute, building to maximum height as they go, while safety remains paramount. If a horse is ever over faced, the judges will make the call to either let the horse be finished, or have the fences lowered for a final, confidence-boosting pass through the chute.

New to the USEA Future Event Horse program this year is the FEH 4-year-old division. Eleven horses were presented today in this new division, first under saddle at the walk, trot, and canter, then in-hand for conformation, and finally through the jump chute. In the FEH 4-year-old Championships, the distances are the same as they are for the 3-year-olds, but heights will increase: first fence to 2’9”, second fence to 3’3”, and the last fence to 3’7” in front and 3’9” in the back and 4’3” in width.

Katie Bryant's Oldenburg mare, Santa Barbara DASH (San City x Barcarole), claimed victory over all the other 4-year-old with Lauren Chumley in the tack and with an overall score of 83.20. “We’re going to Devon on Tuesday,” laughed Chumley as she explained that she also competes with Santa Barbara DASH in pure dressage. Chumley is usually a pure dressage rider but seized the opportunity to do more jumping when Bryant offered her the ride. “She just started [competing at] Beginner Novice this year and she qualified for Area [Championships] . . . She’s been a lot of fun. She’s going to go to Devon next week and then she’s actually going to Regional Championships for dressage after that. She’s been really good at everything, and she’s the most chill good girl ever . . . We had no idea what to expect here today, so we thought it would be fun to come down and see what happens!”

Two other special awards were also presented at today’s FEH East Coast Championships. The Thoroughbred Incentive Program (T.I.P.) award is presented to the highest-scoring Thoroughbred in the 3-year-old class, and was awarded to Katie Wherley’s off-the-track Thoroughbred filly, Grateful Heart (Scipion x Withopenarms), who scored an 85.28. The Born In America Award is given to the highest scoring horse American-bred at the Championships, who this year is none other than the 2017 FEH East Coast Grand Champion, Wise Master Rubelk (Shamelk x Master Ruby), Ronald Zabala-Goetschel’s Anglo-Arab/Irish Sport Horse, on a cumulative score of 88.973

For more information about the FEH Program and Championships, contact Kate Lokey at (703) 779-9897.

Click here for today’s final scores for the 3-year-old and 4-year-old divisions.

To read a recap of the action in the FEH East Coast Championships Yearling and 2-year-old divisions, click here. To view their scores, click here.

The USEA would also like to thank Loch Moy Farm and the Carolyn Mackintosh for hosting the 2017 USEA FEH East Coast Championships, and all the volunteers who helped make this weekend run so smoothly. We could not have done it without you!

About the USEA FEH Program

The USEA Future Event Horse (FEH) series was introduced in 2007 as a pilot program as, what the USEA hoped would be, a successful precursor to the already popular USEA Young Event Horse (YEH) series, which is designed for 4- and 5-year-olds. Since the “test year” was so successful – with more than fifty young horses competing at the year-end Championship show – 2008 would see the FEH’s first season as a bona fide USEA program. FEH Classes are in-hand classes for yearlings, 2-year-olds and 3-year-olds. At Championships, 3-year-olds are required to compete in an additional free-jump division. New in 2017, the FEH program will offer a 4-year-old class in which the horses show their gaits under saddle at qualifier events, and compete in a free-jump division at Championships as well. 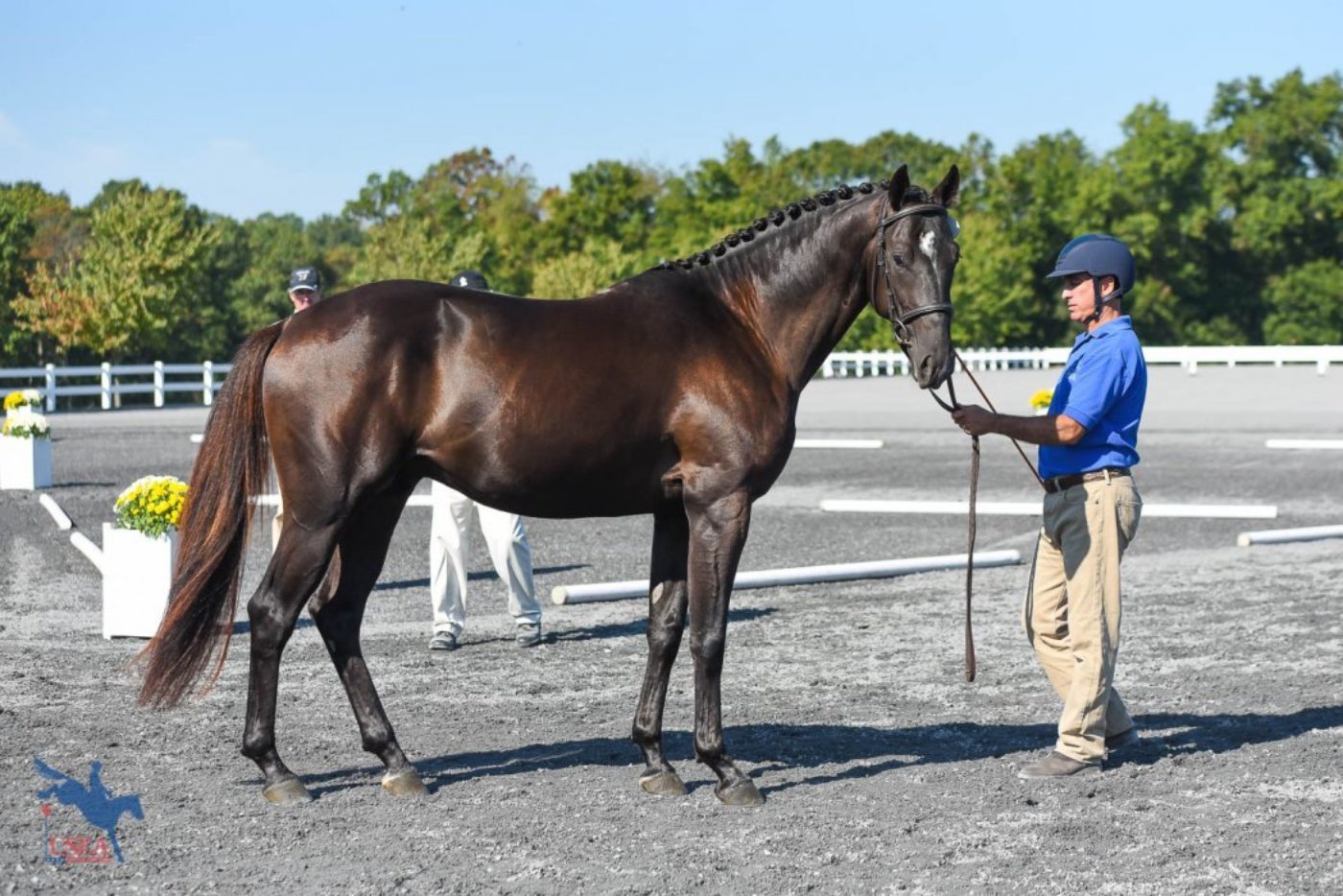 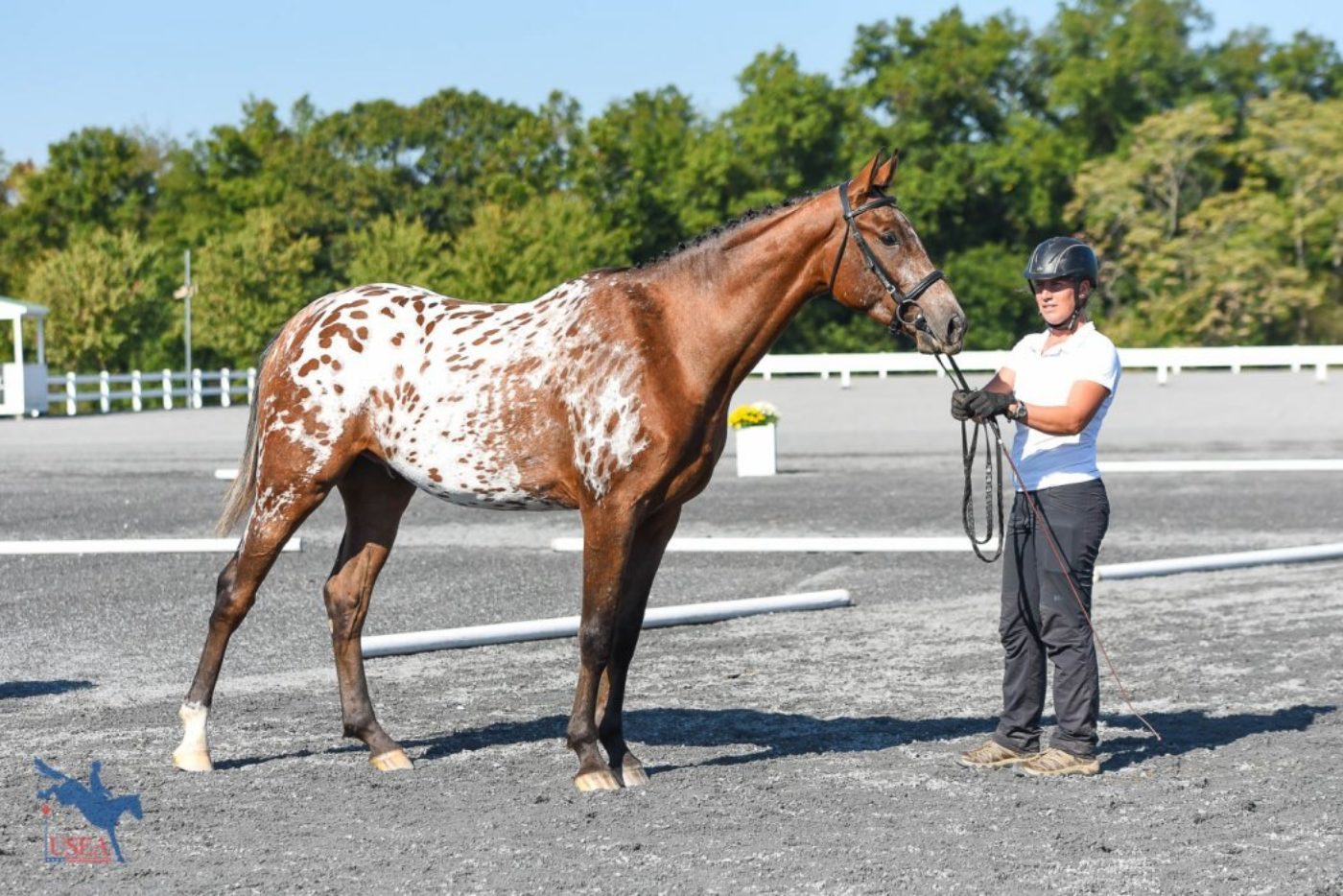 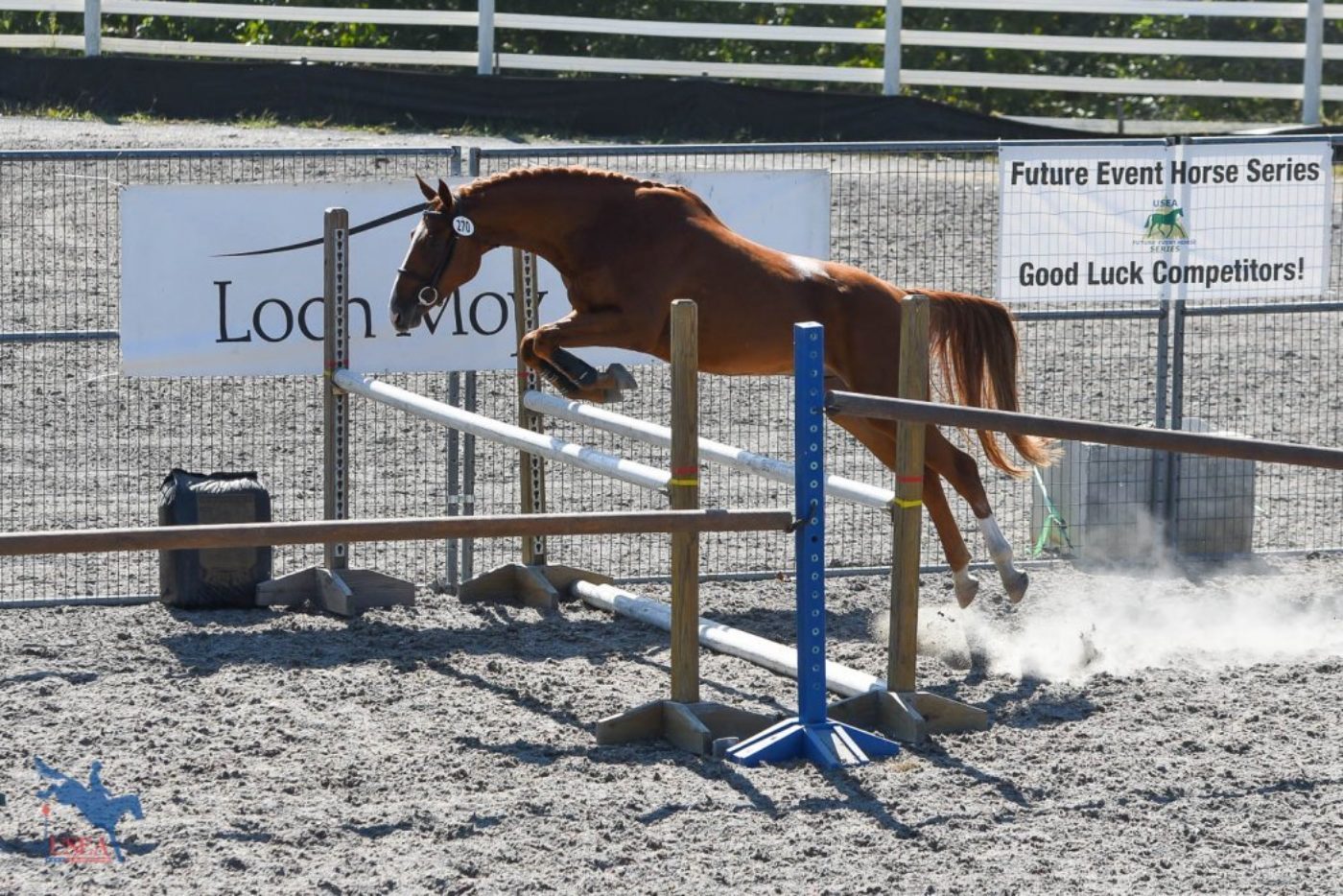 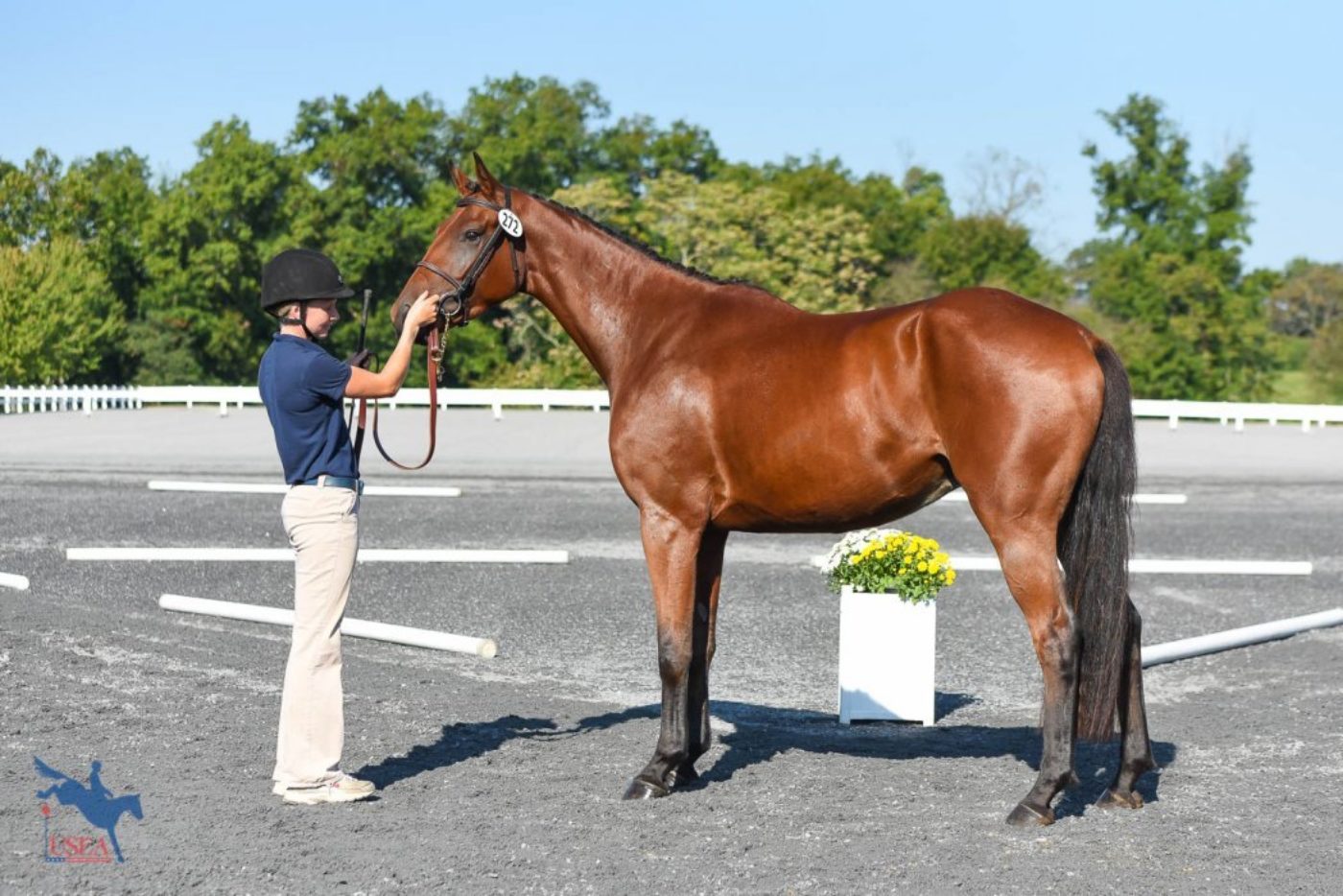 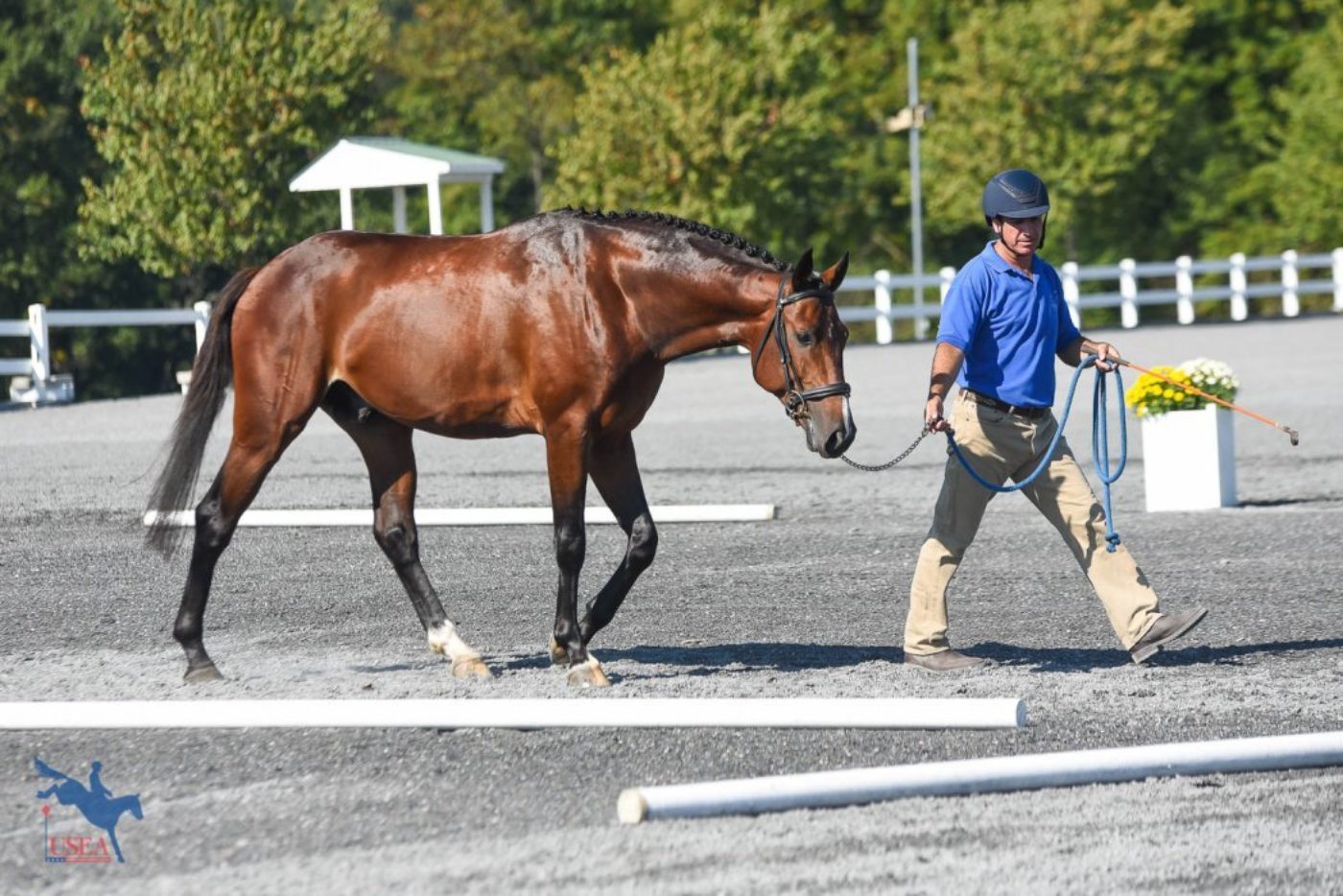 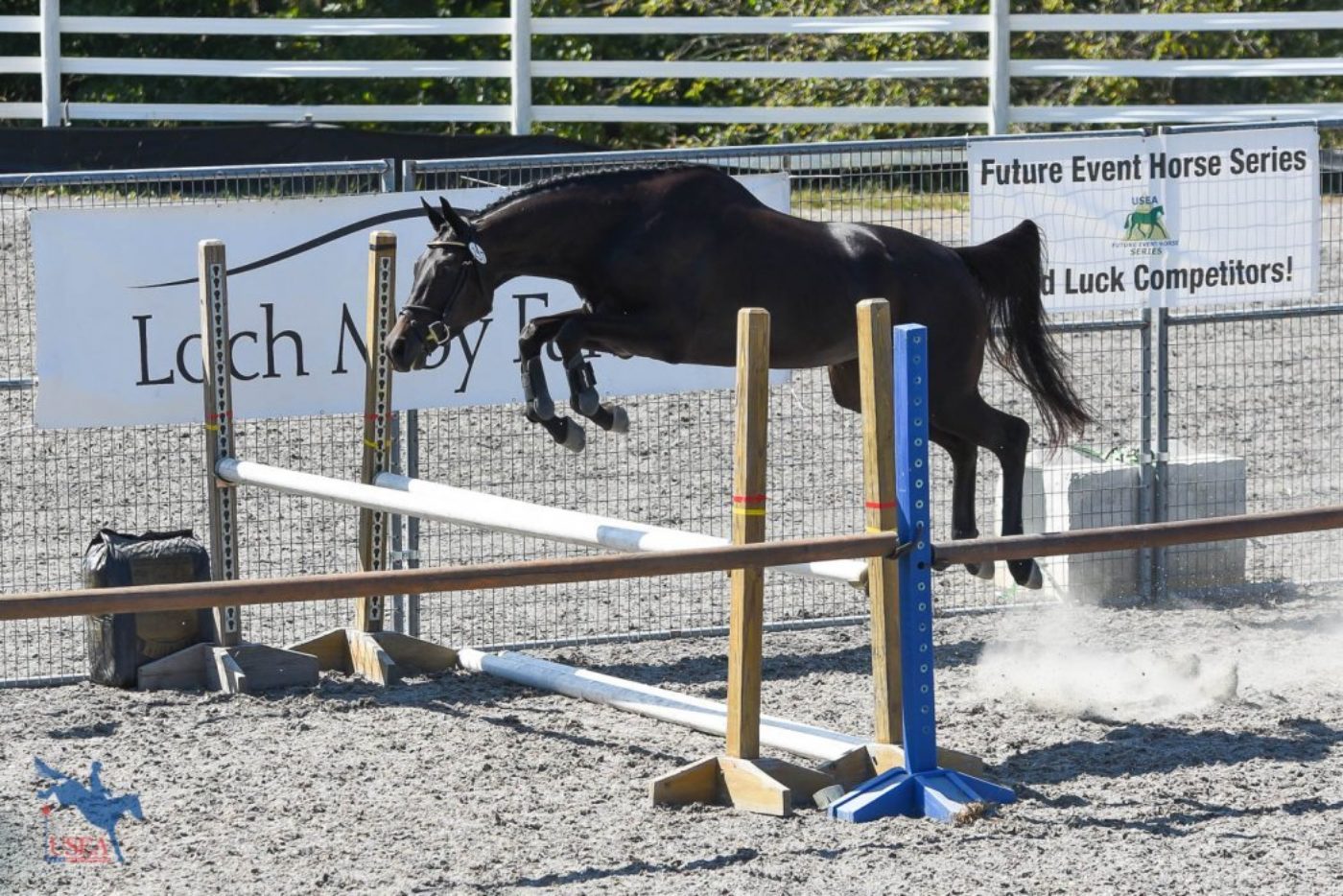 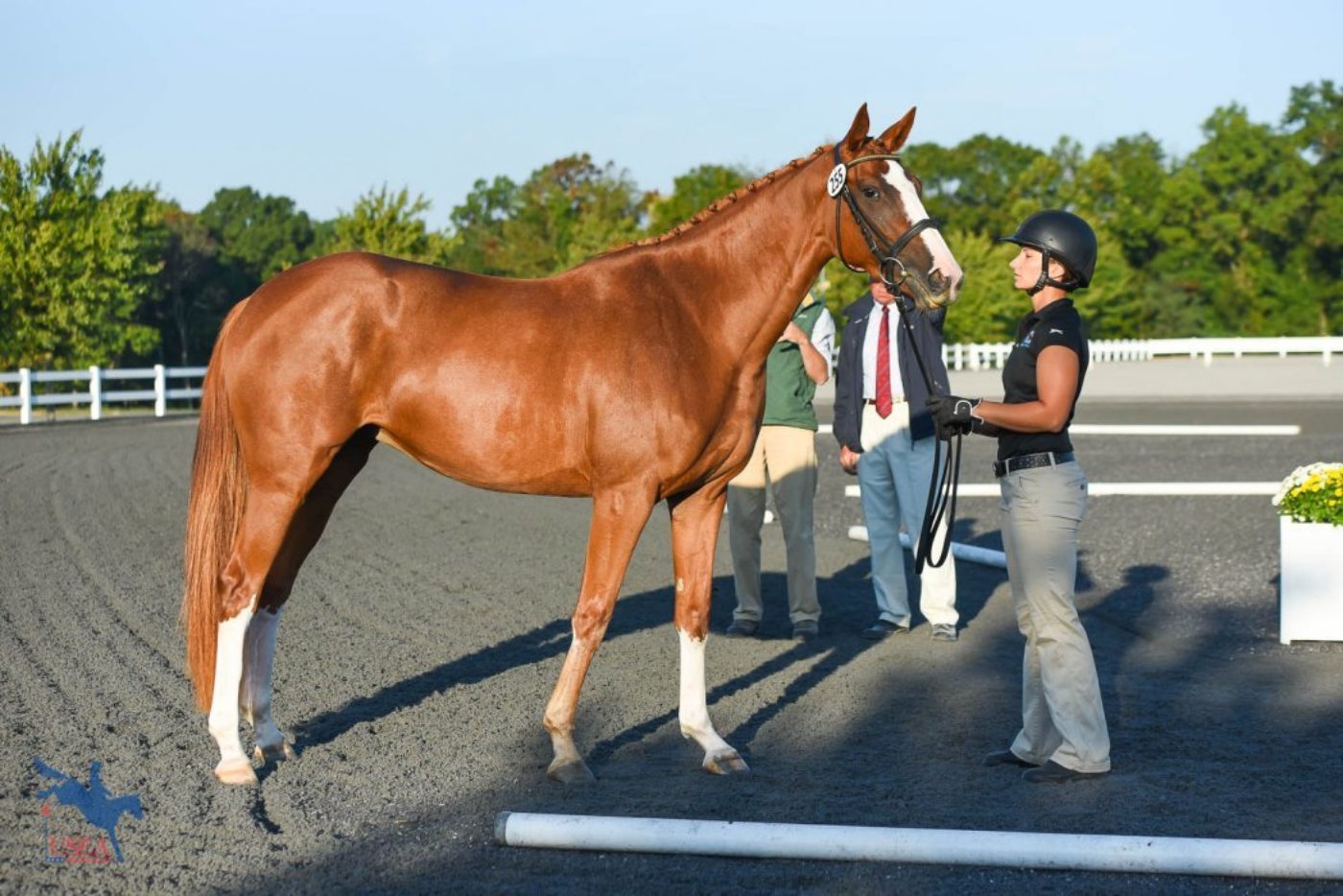 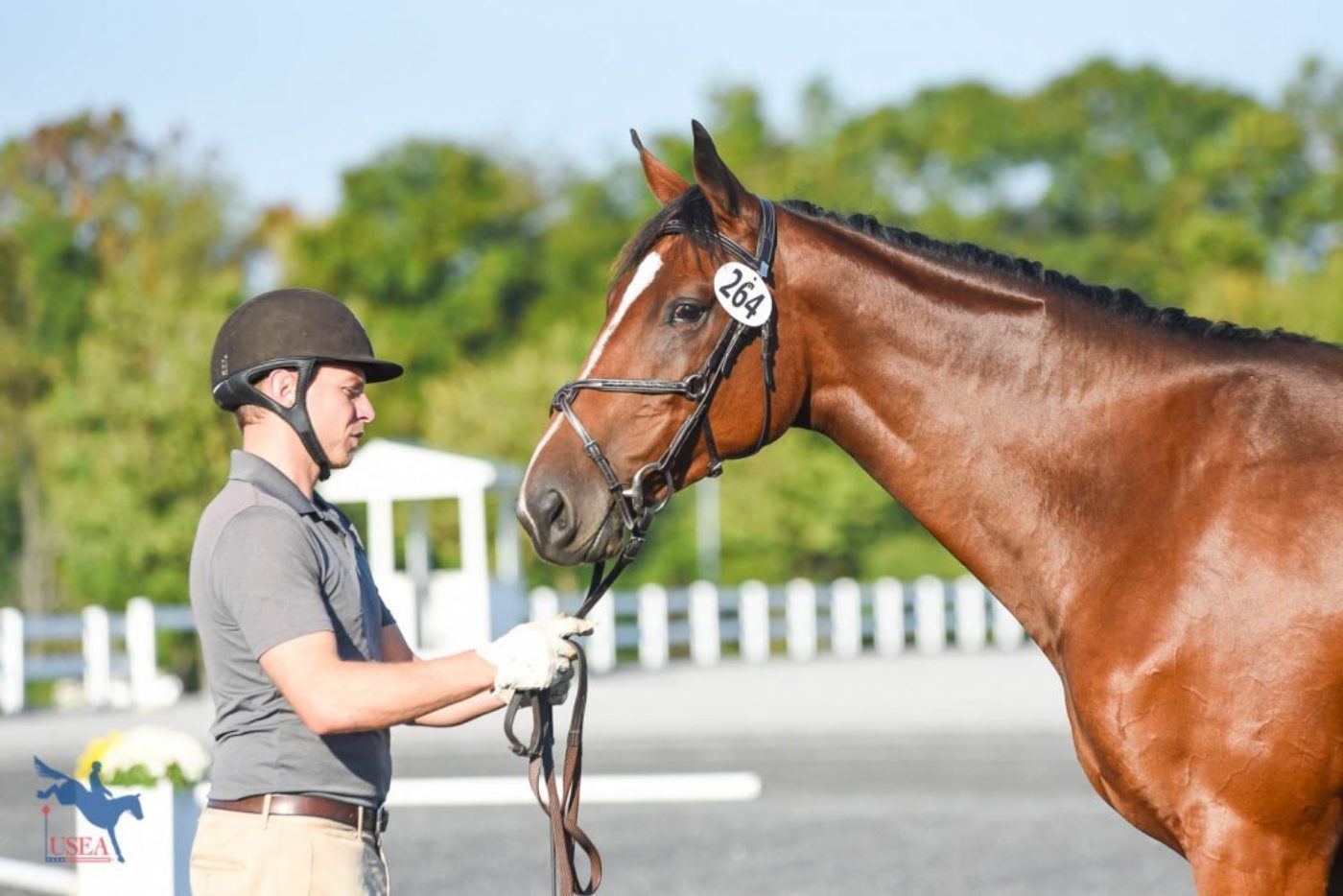 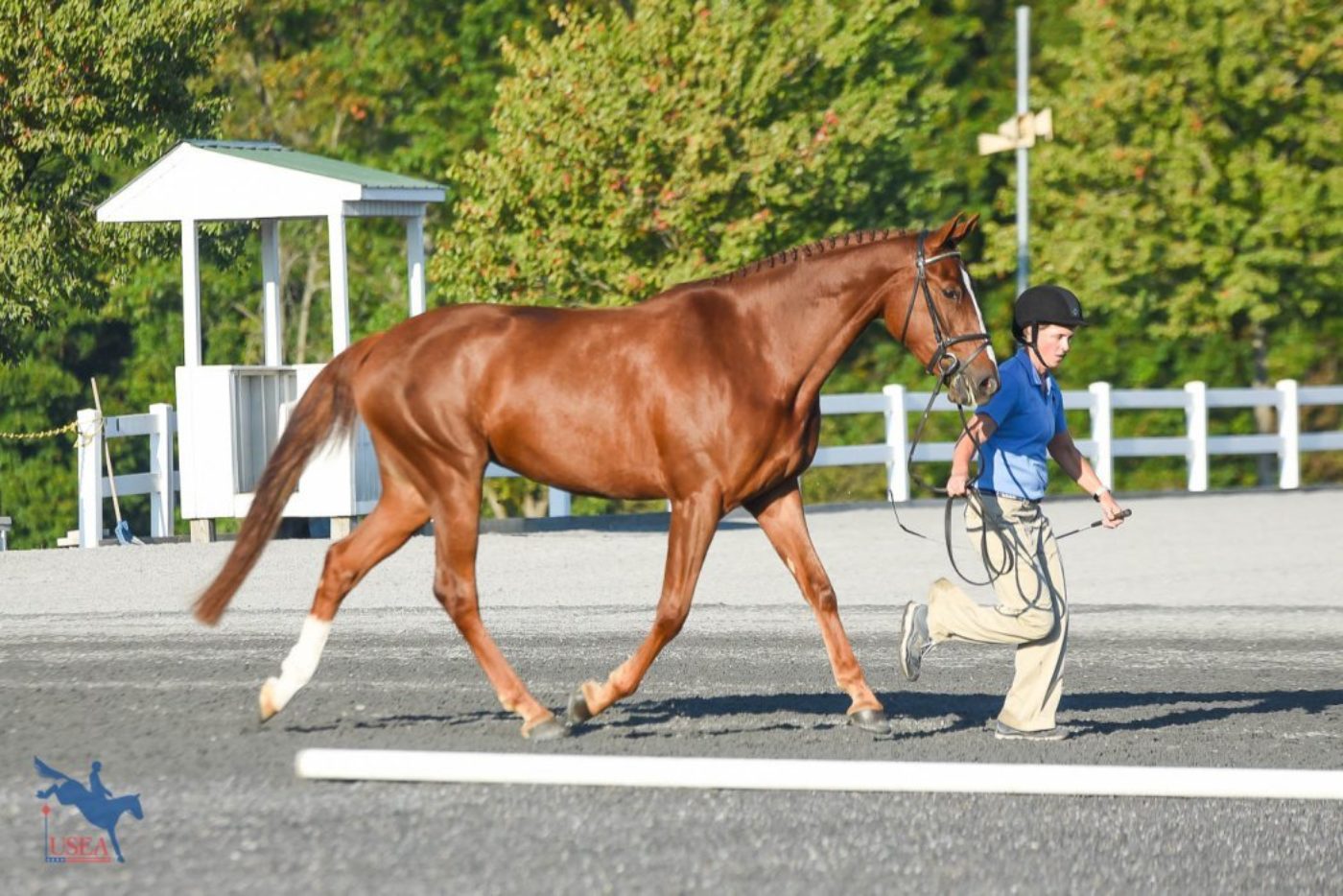 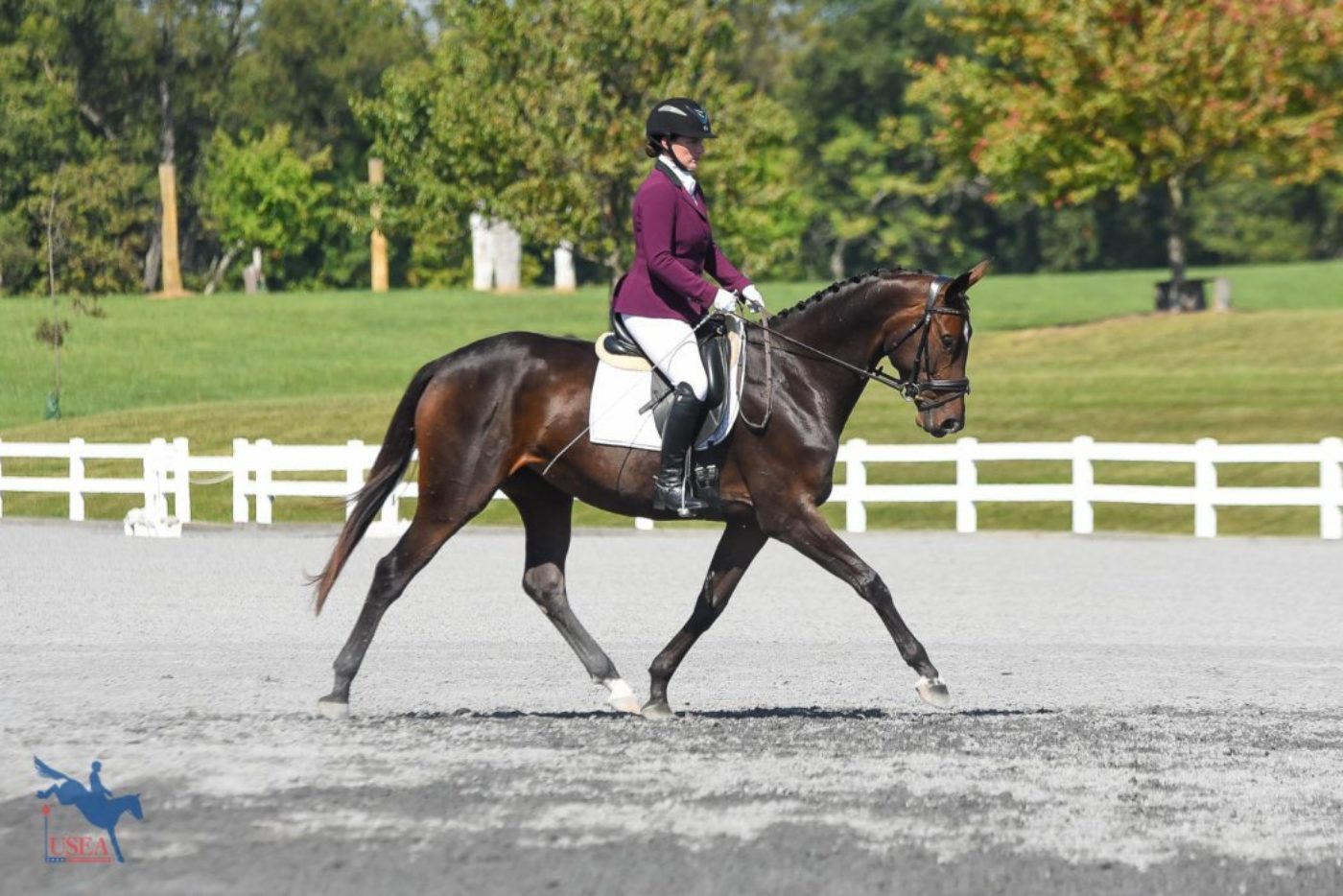