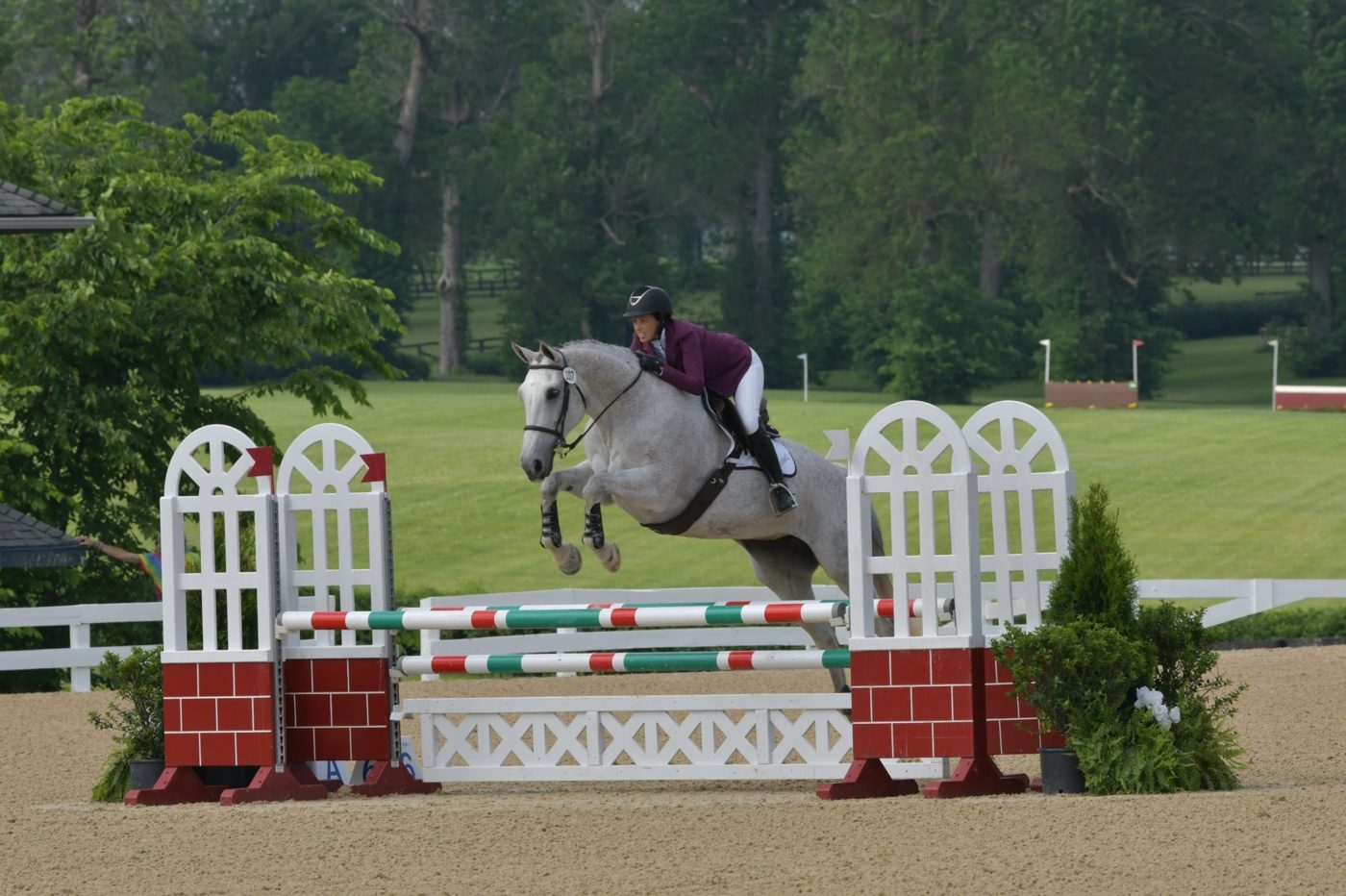 The Road to AEC: Dunlap Reflects on the Most Rewarding Ride of All

It’s early 2019, and day number “I’ve lost count” in a hospital bed. In the middle of the toughest and most depressing year of my life, I thought to myself: “If I make it out of this, I’m going all out. We are going to the Championships.” I was in desperate need of a goal or a light at the end of the tunnel when the world had gone dark on me. You know horses and riding are your passion when you’re on what certainly feels like your death bed, and even the doctors don’t bother to answer your “will I be able to ride” questions, yet the crazy idea to qualify for a Championship level event pops into your head. As if my uncertain health and future weren’t enough of a challenge, combine that with a tight budget, the lack of trainer or coach, a non-eventing background (I grew up in the Hunter/Jumper/Equitation ring), and a Hunter Princess of a horse. You’ve got yourself a pretty windy and bumpy road ahead. 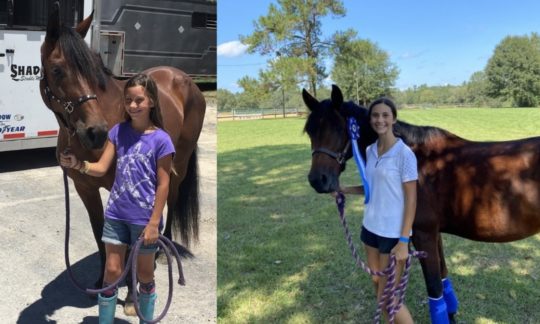 The Road to AEC: A Little Kid, A Talented Pony, and a Big Dream

Ultimately I guess you could say my journey to the USEA American Eventing Championships presented by Nutrena Feeds (AEC) began when I was 6 years old. Like so many horse-crazy kids, I started taking lessons at a local hunter barn, and I fell in love with riding. When I was 8 years old, my family (who are novice horse people) decided that it was time to find me a pony of my own. We searched for a year and a half and finally stumbled upon a bay mare named Teagan while on a family vacation in the Smoky Mountains. At the time Teagan was a 9-year-old Chincoteague pony mare. Like me, Teagan didn’t know a lot, but she was the right size and age and she was safe for me to ride and learn on. With my trainer, we did lots of basic flatwork including straight lines, circles, transitions, and jumping. We entered some local schooling hunter shows and schooling combined test shows. We also started fox hunting with a local fox hunt club, and Teagan and I were having a lot of fun. 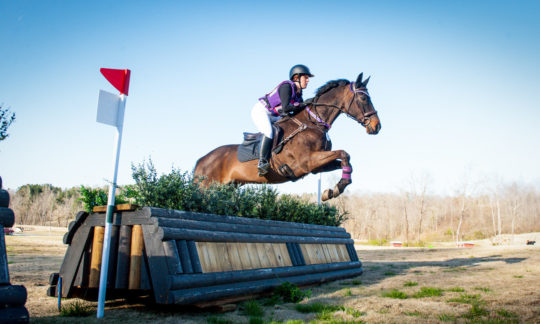 The Road to AEC: Leaving the Start Box with Faith, Not Fear

Going into the 2020 show season, I had never completed an event higher than Starter. Like so many amateurs, I struggle with fear when riding – the kind of overwhelming, all-consuming fear that makes your heart race and your stomach churn. Although I did the pony hunters and pre-adult hunters as a teen and young adult, my confidence over fences waned after college. Some instinctual, reptilian part of my brain convinced me that something bad was going to happen if I jumped bigger jumps, so I spent years stuck in my comfort zone of 2’-2’3”. 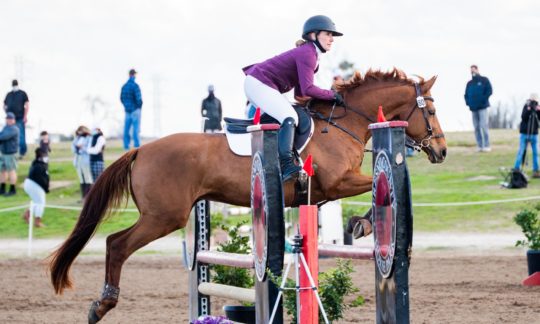 "Pinch Me, I'm Dreaming"- Fisher Checks An Item Off Her Bucket List on the Road to AEC

I keep pinching myself. How many times can I wake up, ride my horse, and still be in disbelief that this magic mare is mine? Not that I’m counting, but wake, ride, pinch has been on repeat for approximately 510 days. . . 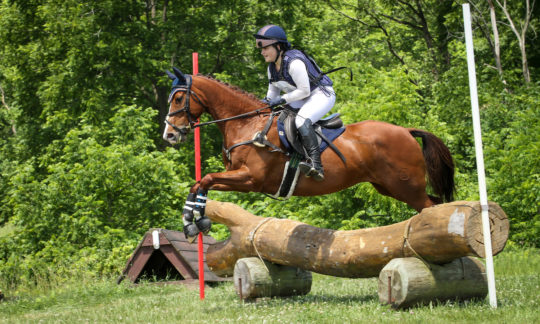 The Road to AEC: Lily Hamilton and Fallo e Basta

I first met my horse, Nike aka "Fallo e Basta," just hours after she was born in August of 2014. At the time, I was taken with Nike’s bright red color, and she was so tiny! She was curious and spunky and so fun to hang out with. I was only 9 years old at the time and I had no idea that someday she would be my horse, the greatest partner I could ever possibly ask for, and we would be teaming up for the USEA American Eventing Championships together. 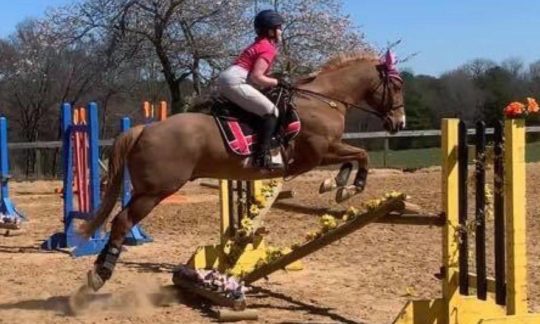 The Road to AEC: A Surprising Opportunity

As a 12-year-old, this achievement came as a huge surprise. Maybe my horse Cody isn’t the perfect dressage horse, but he sure can jump. And he takes care of me. He has taught me so much over these past four years and we have learned so much together. 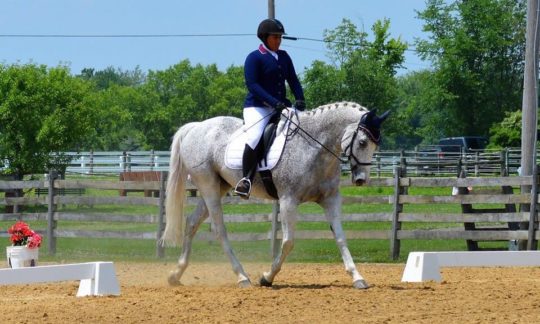 The Road to AEC: My Safe Haven

I can honestly say I never thought I would compete at the AEC. I started my eventing career as a hunter reject with a little quarter horse named Hendrix, who I was told was too ugly to be a hunter. After never feeling like I really fit in in the hunter world, I moved barns and found my safe haven, eventing. 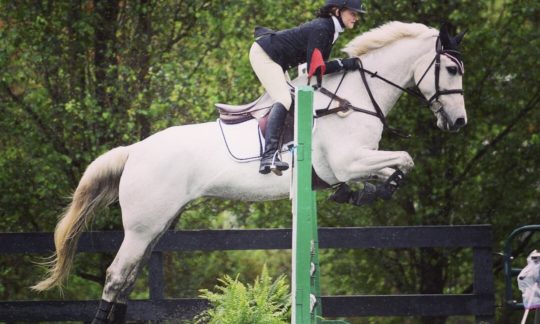 The Road to AEC: Coming Back Stronger

My name is Molly Hunt and I am 13 years old from Area II. I have qualified for the American Eventing Championships at Beginner Novice with my 19-year-old mare, Lena. She is an American Paint Quarter horse. We have had a tough road to the AEC. 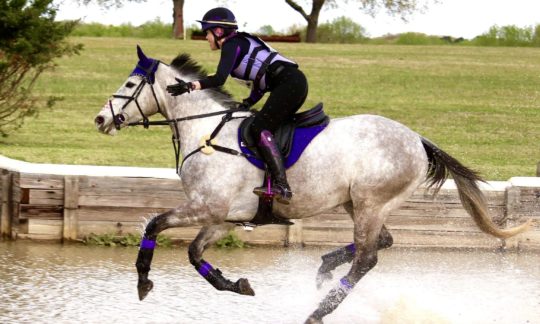 The Road to AEC: From the Track to the Cross-Country Course

My name is Lacey Messick, I event out of Area IV, and am an adult amateur living the dream in Springfield, Missouri. I was randomly scrolling through Facebook in early June of 2017 and came across a Canter Illinois posting of a gorgeous (too slow) 2014 gray Thoroughbred mare named Classy Empress. I was immediately smitten. Did I mention I’m a mare girl? 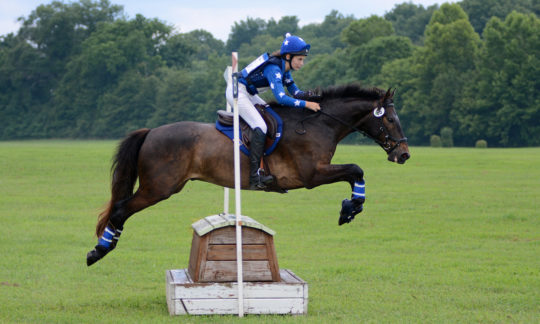 The Road to AEC: Under Pressure

Two years ago, at the AEC held at Tryon, I competed on my first horse in the Junior Beginner Novice 14 and Under division. It was my third ever recognized event and I was very nervous because my stall was placed conveniently next to the massive cross-country fences. 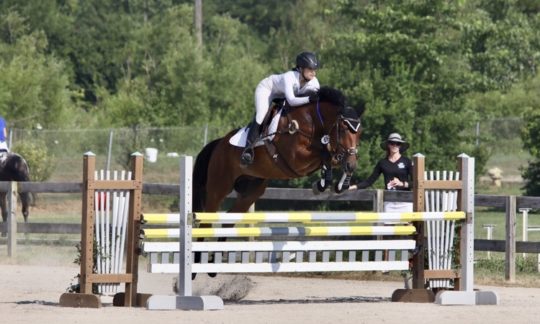 The Road to AEC: Getting to Know Each Other

In 2017, I started what was a year-long search to find that perfect eventing horse. I stumbled upon a sale ad for a beautiful (what looked like an Irish Sport Horse) eventer who had successfully competed through Training level. This horse was only about four hours from home and was also well-known by many people in our area. The next thing I knew, on October 27, I was traveling down to Elizabeth, Illinois to have a test ride on “The Chief.”