With 55 horses contesting the USEA Young Event Horse East Coast Championships at the Dutta Corp. Fair Hill International Horse Trials it was a full day of dressage in Elkton, Md. The 4-year-olds kicked off the morning of dressage in front of judges Judy Bradwell and Mark Weissbecker with Faith Fessenden evaluating each horse’s conformation following their turn in the arena. Kristen Bond’s Bea Ready, her own Dutch Warmblood mare (Cicero Z Van Paemel x Tizora) topped the 4-year-old class with an 86.40% in dressage and a 74.70% in conformation for a total of 41.45%. Jumping counts for 50% of the score so anything can happen tomorrow.

“The test went really well,” said Bond. “I haven’t done a lot of young horse competitions – I did one a few years ago when I got an Irish horse, so it is fun to be back doing it again. Especially here where it is the best of the best.”

Unfortunately the weather was not friendly for the group of young horses and riders were definitely having to ride conservatively. “It was 15 degrees colder, windy, the tents were flying, all the chairs were knocked over and I thought she held it together really super because there is ton of atmosphere here,” explained Bond.

While Bea Ready is competing in the 4-year-old division she is technically 5 years old and is competing under the foal exemption since she had a baby in Europe. “When we qualified Tim Bourke was there and said she is lovely, “what is she?” and I said she’s 5. He said “That’s not fair!” and I said yeah that is totally fair. She had a baby and let me tell you what that does to your body! She deserved a year off!”

Bea Ready was found by fellow competitor, Matt Flynn, in Europe this spring and Bond decided to buy her off a 15 second video and Flynn’s recommendation. “I have bought a lot of horses from [Flynn],” explained Bond. “Get Ready, Enough Already and a few others are from him. So I really trust him; if he says it’s nice then I know it’s nice. She was at a jumper barn and this guy was just riding her around and [Flynn] said 'I want that one' and they said 'she’s not for sale, that’s the one we really like to ride.' But he talked them into it and that’s that – she came over.”

When Bea Ready arrived stateside Bond had just had her daughter, so she sent her to Ryan Wood to get started cross-country based on Phillip Dutton’s recommendation. Bea Ready had jumped to 1.20m in Europe, but was green to eventing. Looking ahead to tomorrow’s jumping, Bond just hopes to show her to the best of her ability. “All the jumps look super beautiful, and she is really brave so I hope that I don’t miss at all the fences and show her less than what she is because she is a phenomenal jumper.”

Baymax, an Irish Sport Horse gelding (Ars Vivendi x Olympics Corner) was ridden by Doug Payne to second place in the division – earning an 82% in dressage and a 79% in the conformation for a total of 40.55%. Payne is riding five horses total so was a familiar figure throughout the eight hours of dressage today. Rounding out the top three is Beall Spring Shamrock, last year’s Future Event Horse East Coast Champion. Stephanie Ormston’s Swedish Warmblood gelding (Shakespeare RSF x Sahara) was ridden by Martin Douzant to a 79.4% in the dressage. He also scored a 74.3% in the conformation for an overall total of 38.94%.

Matt Flynn and Get Out. USEA/Leslie Mintz Photo.

UPDATED: There was an unfortunate mix-up in the scores and the leader after the dressage and conformation phase is Matt Flynn and Get Out, Flynn Sport Horses LLC's Dutch Warmblood gelding by Bernini. The pair earned an overall score of 43.36% with an 83.7% in conformation and an 88% in dressage. Second and third place were unaffected. A previous version of this article incorrectly named Waylon Roberts and Aletta Nickles Martin's Wil Celtic Charlie as the leaders after the first day of competition. View corrected scores for the division here.

Bred in Ireland, Martin picked out Wil Celtic Charlie and sent him to Roberts at the end of April. “She said train on him and see what you think and here we are,” Roberts said. “I bought a share of him and I am really excited about him – I think he is a horse for the future. [Nichols] has a really good eye for a horse. I think a lot of people may have passed him over, but he is definitely a quality horse.”

“He put in a test that wouldn’t be as uphill as you would like for a three-day horse, but as a 5-year-old I think it was good and I am glad that the judge’s rewarded that,” said Roberts of his dressage test today.

With only two Novices under Wil Celtic Charlie’s belt, Roberts is cautiously optimistic looking ahead to the jumping phase tomorrow. “It is going to be a lot. He is pretty green. I haven’t even looked at the course, but he is going to be able to jump the height and he is brave enough to jump all of the horses put out in front of him, but it just young horses – you can’t anticipate too much.”

Kim Severson’s Exclusively Cooley isn’t too far off the lead with a 42.55%. The Irish Sport Horse gelding (Ramiro B x Willow Roads) was bred in Ireland by Diarmaid Considine and earned a 85.3% in the conformation and an 85% in dressage.

Caroline Martin rode two horses into the top 10 of the 5-year-old division with her own Ferrie’s Cello sitting in third on a 42.11% (87% dressage and 77.7% in conformation) and Killian SC in sixth.

About the USEA Young Event Horse Series
The USEA Young Event Horse Series (YEH) is best described as an eventing talent search. The goal is to identify young horses that possesses the talent and disposition that, with proper training, can excel in the uppermost levels of eventing. While the ultimate aim is to identify the future four-star horses, many fine event horses who will excel at the lower levels will also be showcased.

The Series gives owners and breeders the opportunity to showcase the potential of their four- and five-year-old horses while encouraging the breeding and development of top-level event horses for the future. Classes focus on education and preparation of the event horse in a correct and progressive manner. Youngsters are asked to complete three sections: Conformation/Type, Dressage, and Jumping Test/Gallop/General Impression. To view the jumping standards and specifications, go here. 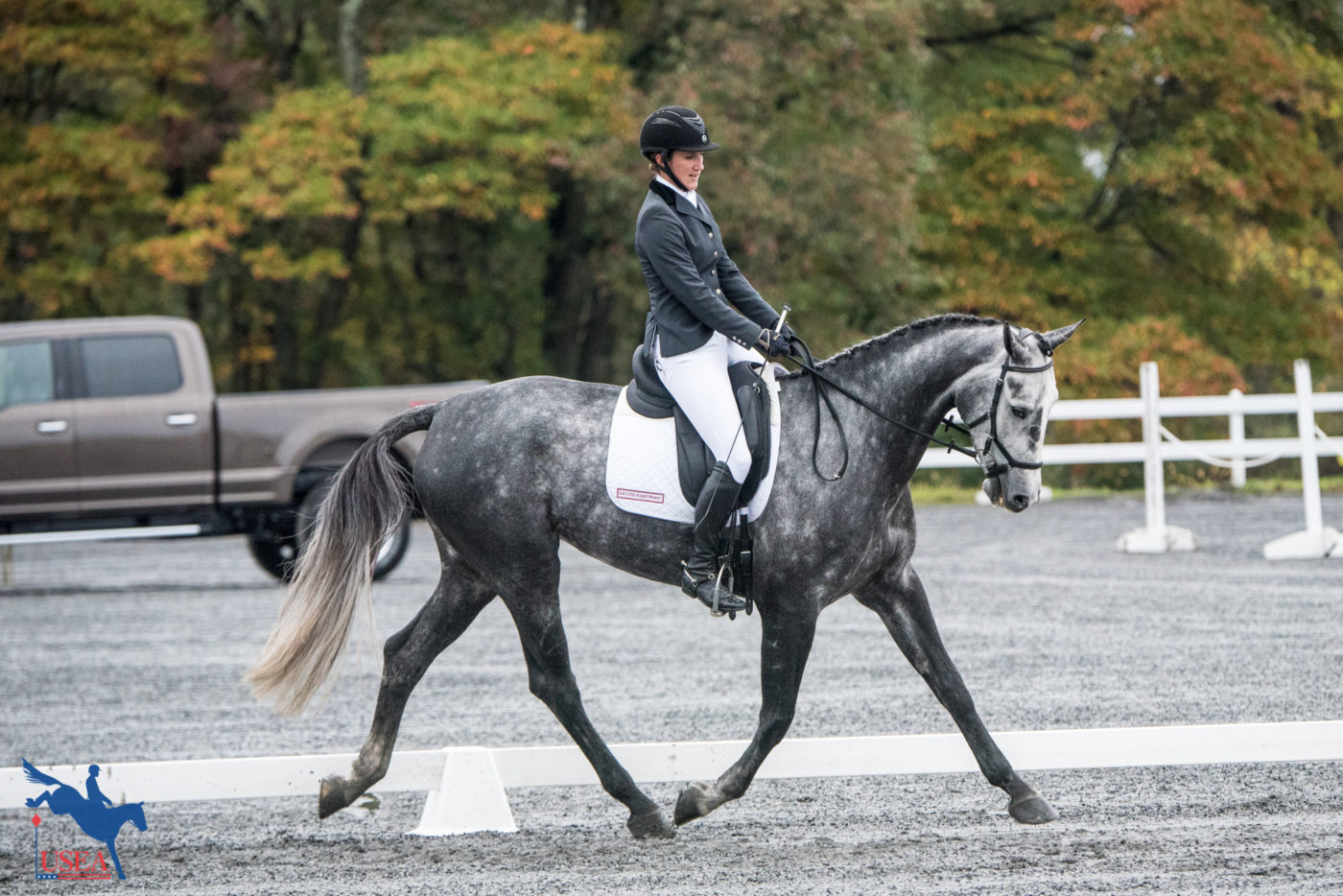 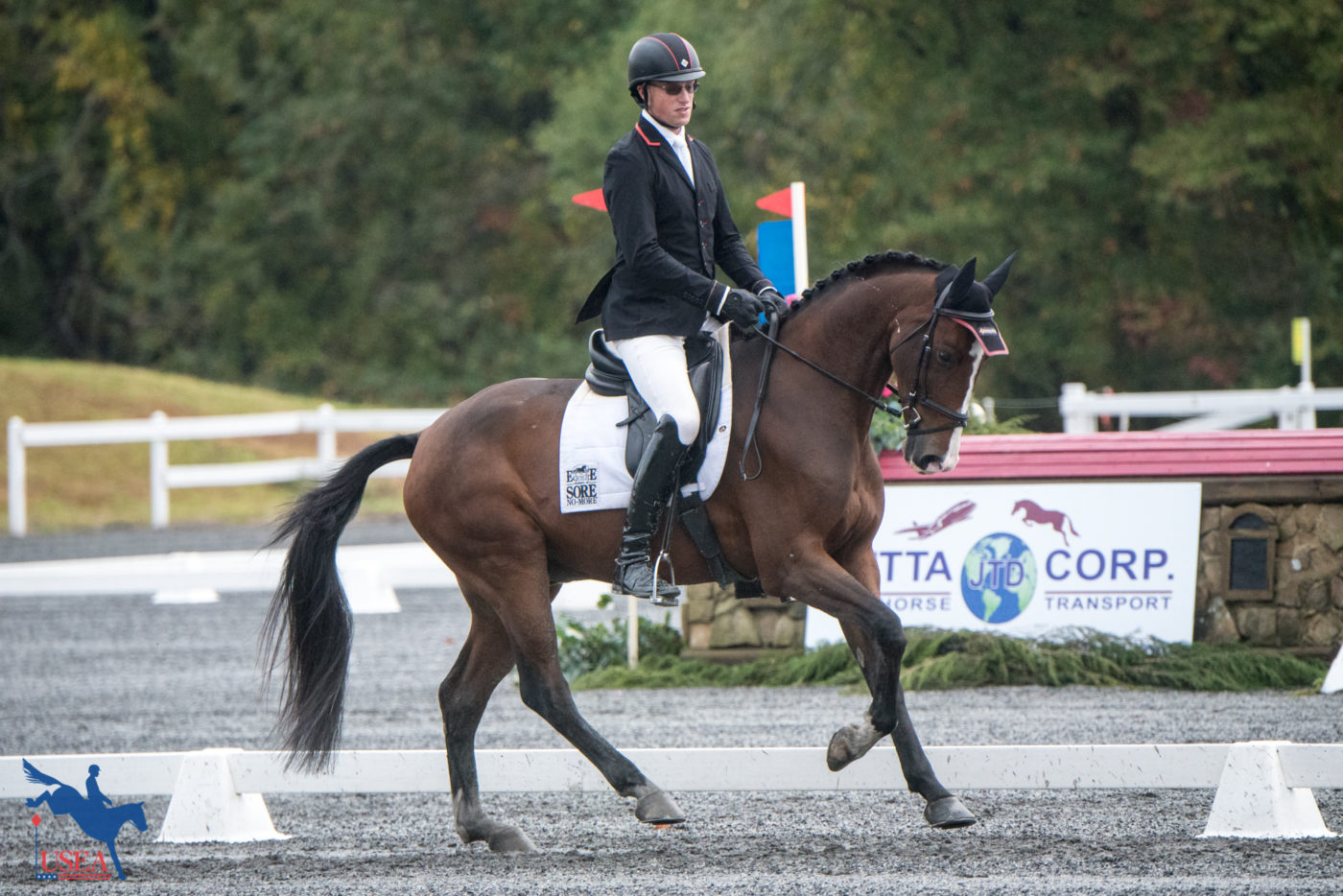 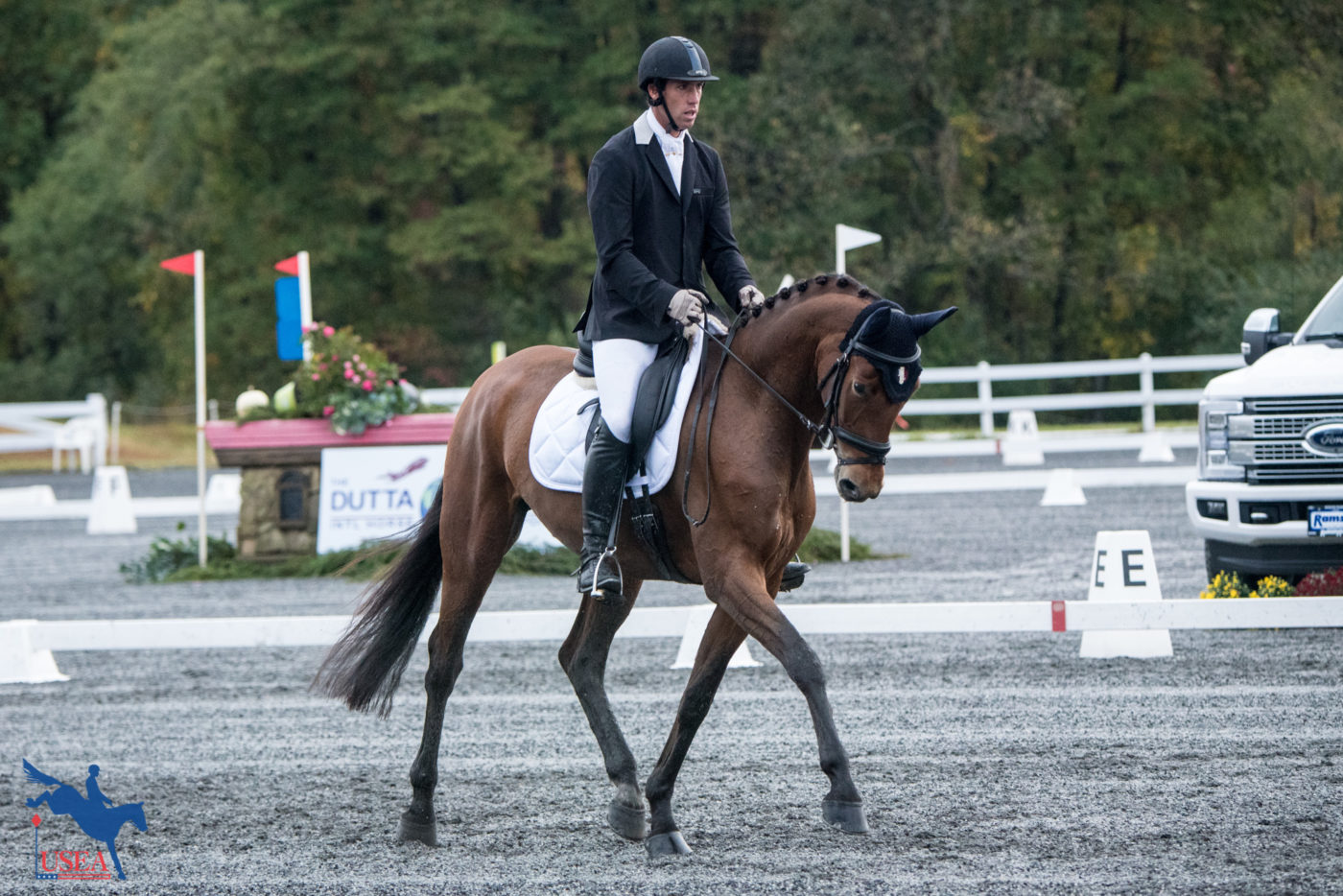 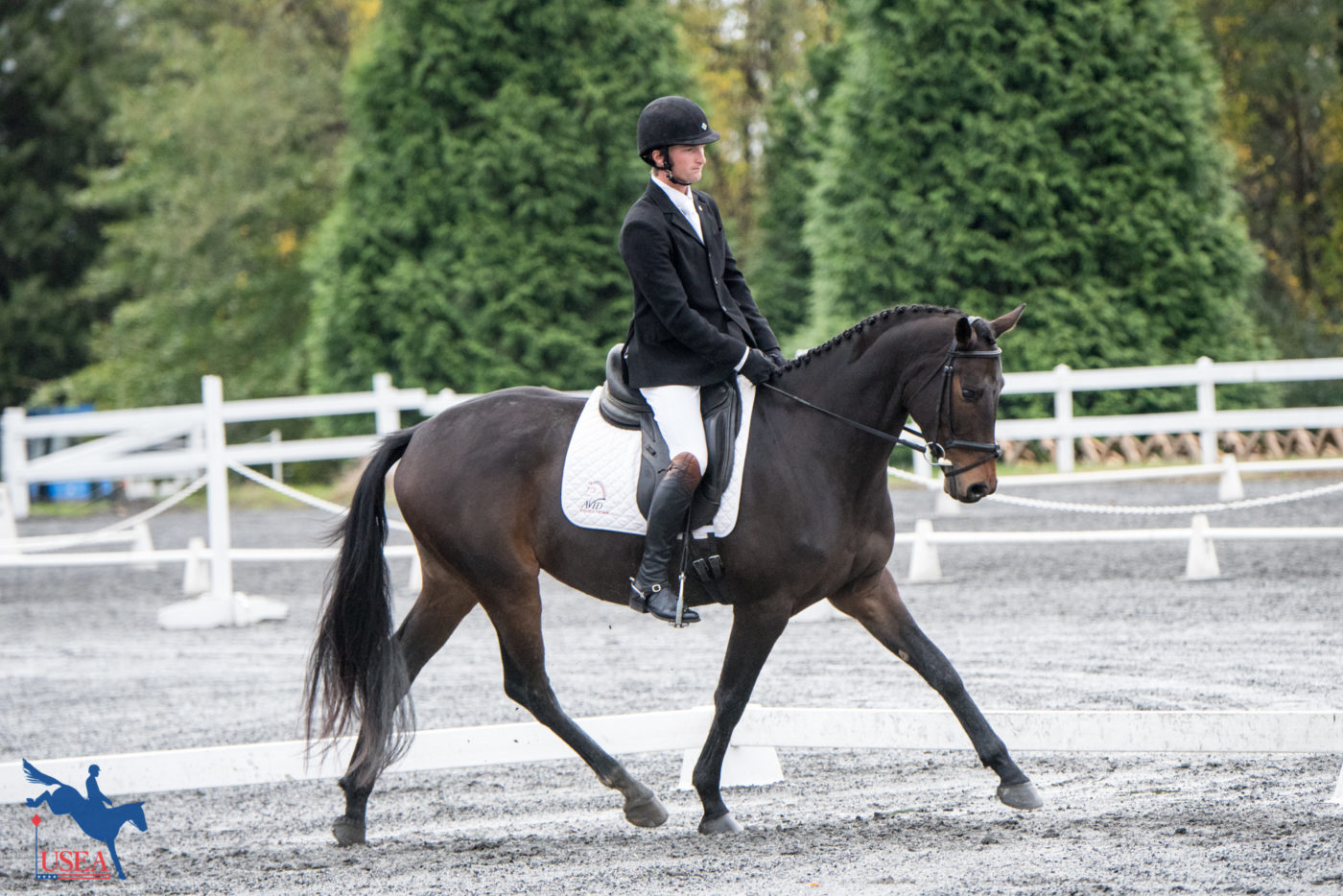 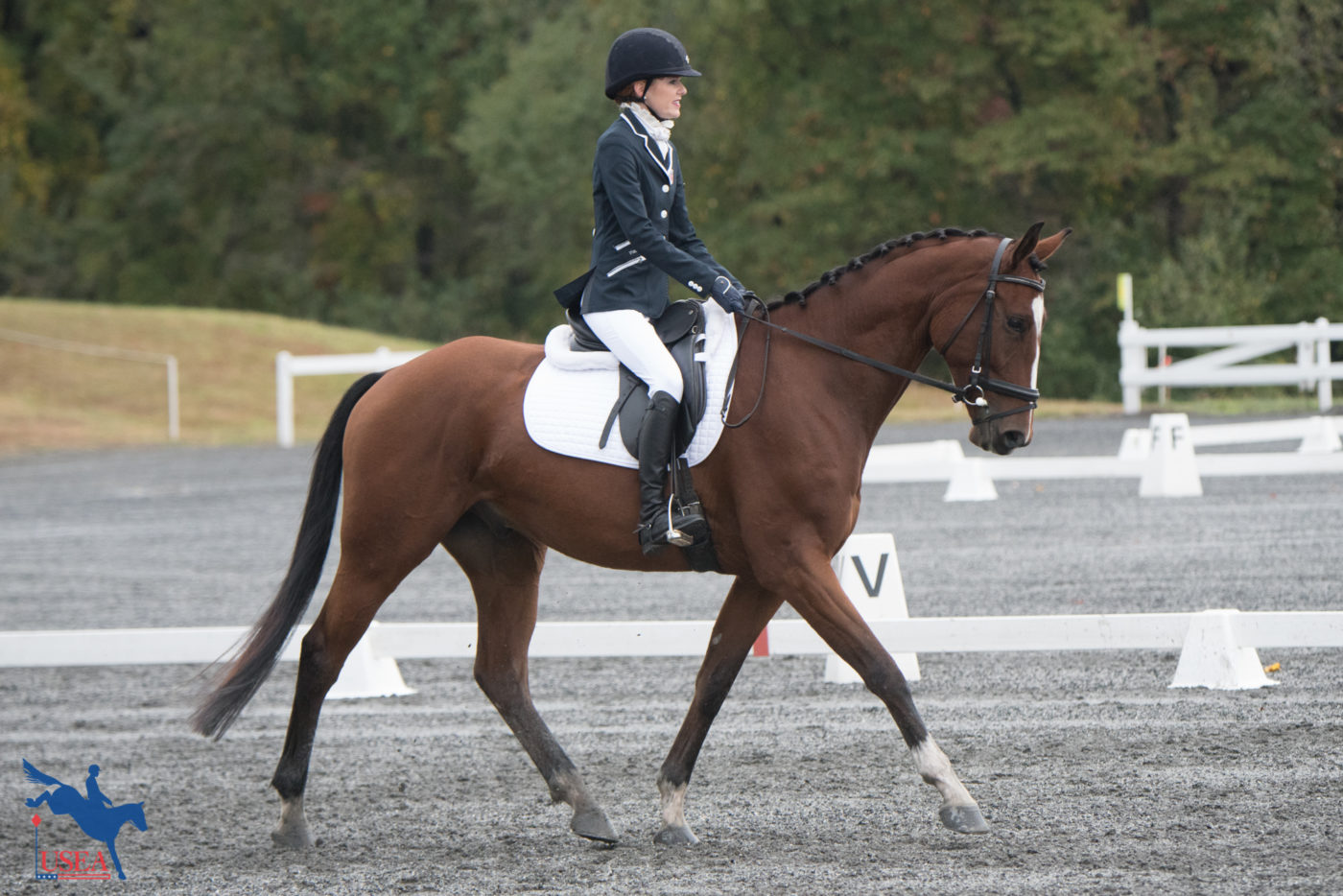 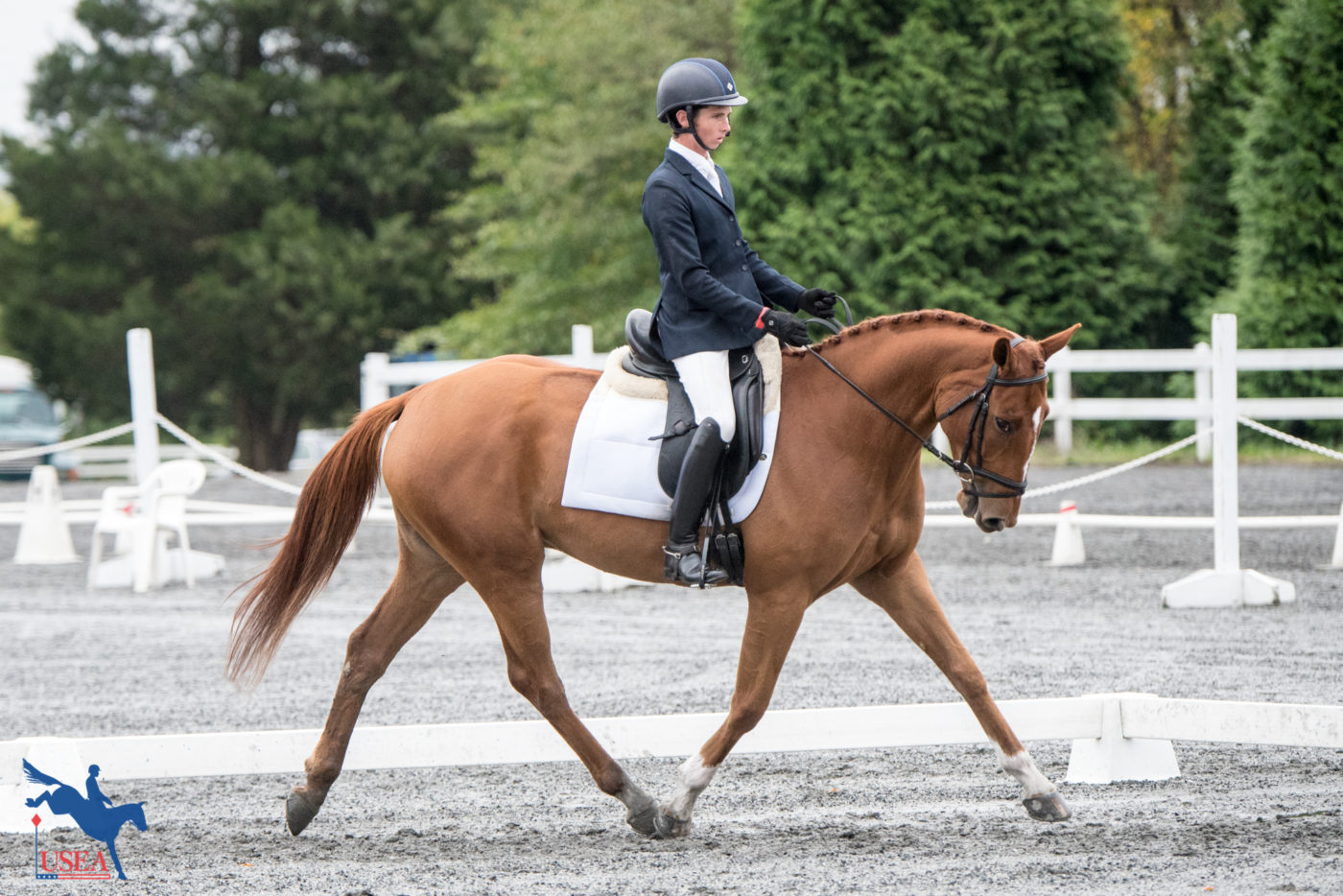 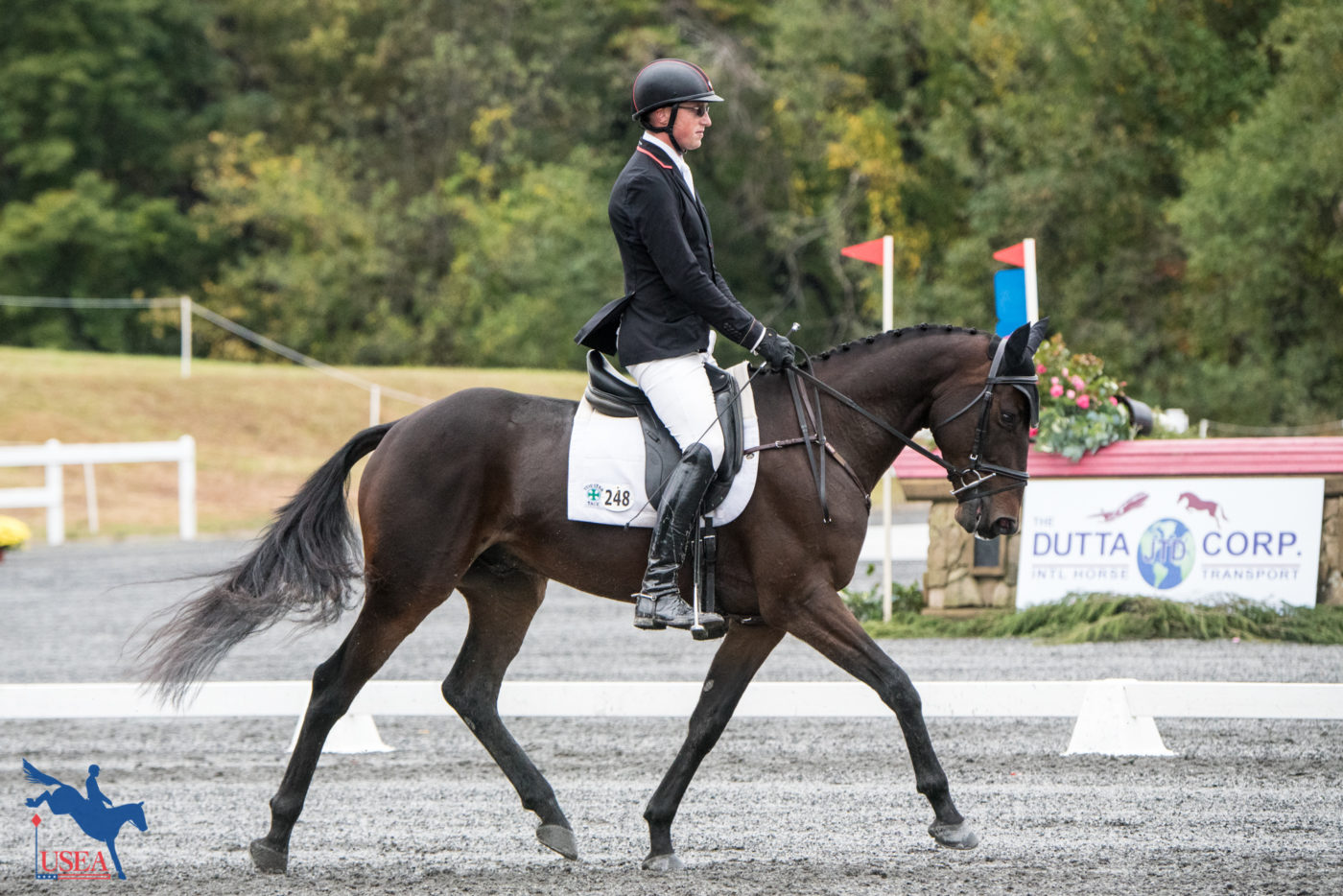 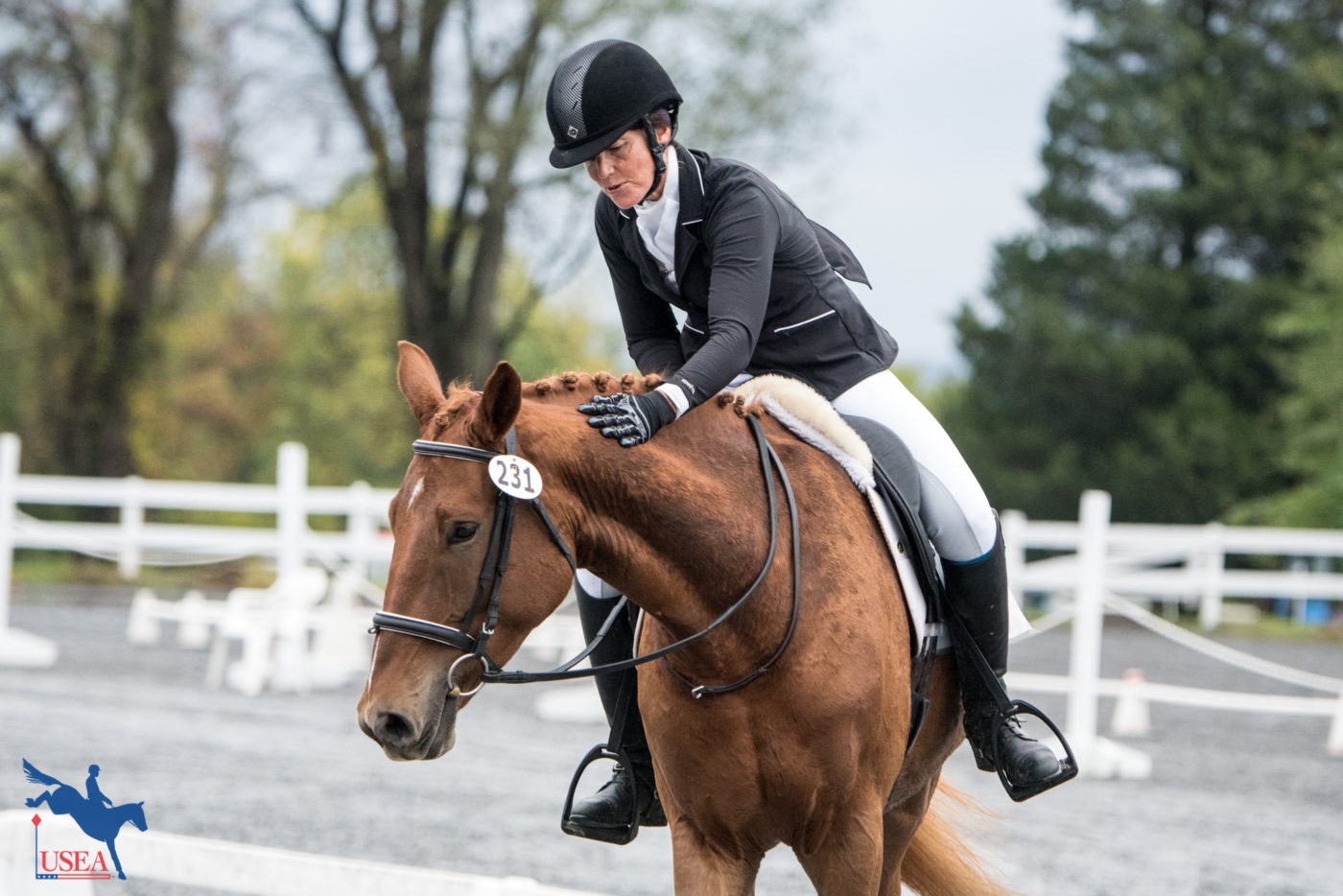 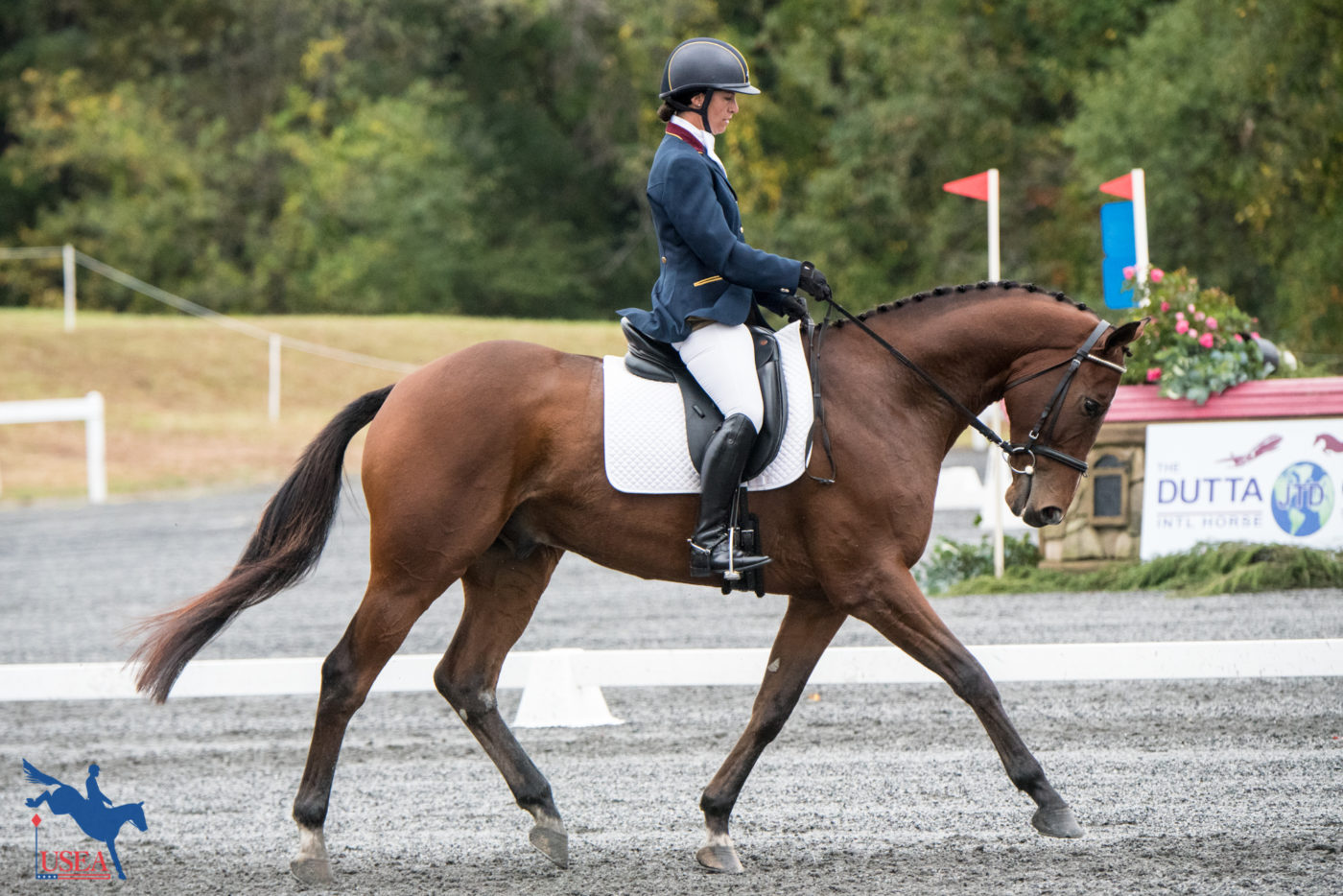 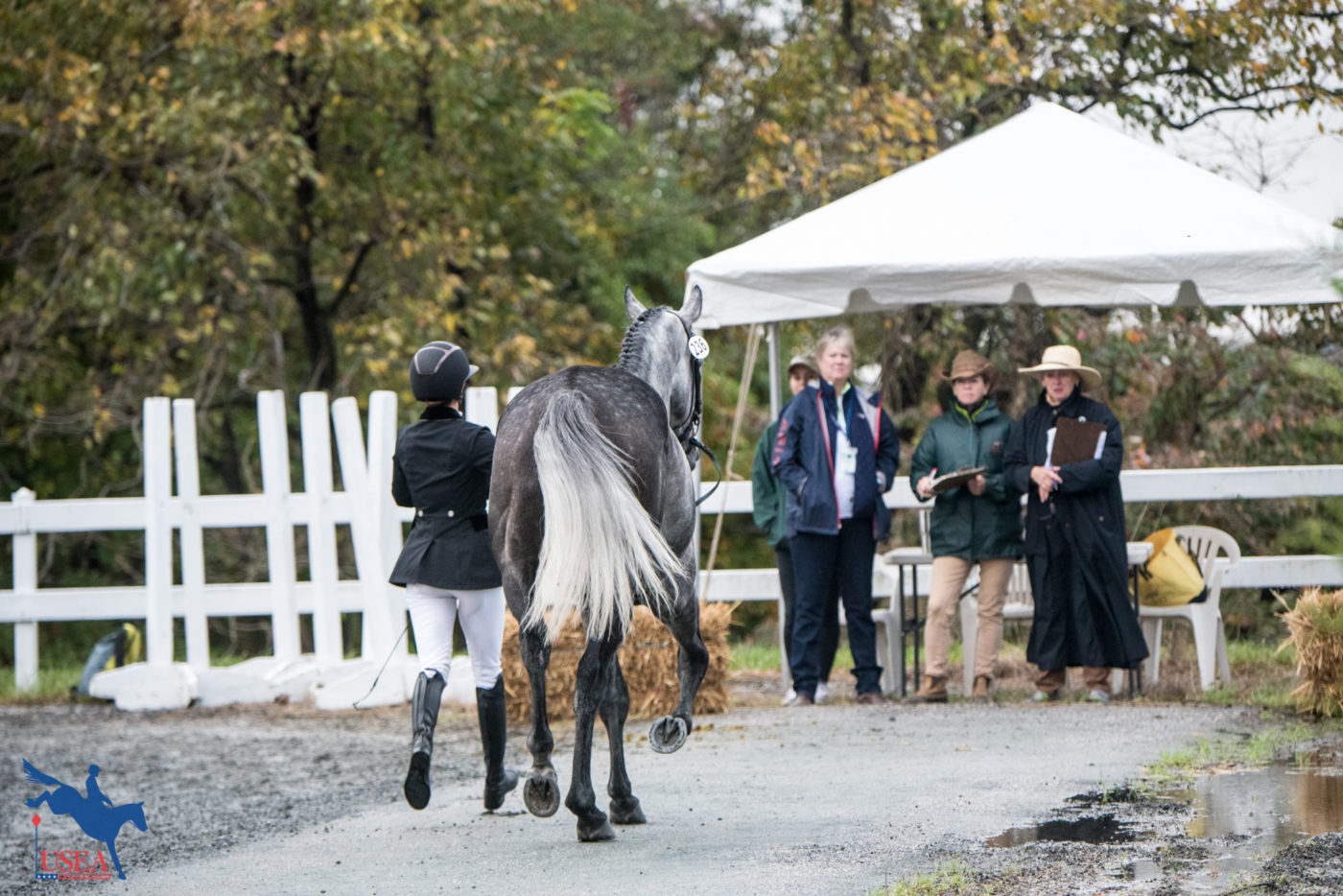 YEH Graduate Results at the 2021 LRK3DE The YEH Yearbook: Class of 2011 Which YEH Graduates are Entered in LRK3DE? Standlee Hay Returns as the Official Forage of the USEA for 2021 Understanding the Young Event Horse with Andrew McConnon Behind the Breeder's Brand: Cool Na Grena Sporthorses VIDEO: Judging the Young Event Horse's Gaits The YEH Yearbook: Class of 2010 Introduce Eventing to Your Horse with a 2021 New Event Horse Class Details of the 2021 Dutta Corp. USEA YEH Championships
Show More
May 05, 2021 Competitions

The 18th annual Jersey Fresh International (JFI) gets underway this afternoon at the Horse Park of New Jersey in Allentown, N.J. The CCI4*-L is the final selection trial for the Olympic Games in Tokyo later this summer so all eyes will be on the stacked field.

YEH Graduate Results at the 2021 LRK3DE

This year’s Land Rover Kentucky Three-Day Event CCI5*-L was on April 21-25 and was the first five-star event to take place in the U.S. since 2019. The entry list had the best riders in the world, previous Kentucky champions, Olympic hopefuls, and horses who have been eventing in the U.S. since they were 4 years old.

US Equestrian is seeking applications of employment for their Director of Eventing Sport Management & Administration position.

Please join the Equine High Performance Sports Group for their new Sport Horse Series. Interact with human athlete trainers, champions in equestrian sport, and their coaches, veterinarians, farriers, and grooms to translate and apply their knowledge in training, treatment, preventative medicine, services, etc. of equine athletes under your care.