The 2019 Adequan North American Youth Championships (NAYC) kicked off today with dressage in the CCIY3*-S division, open to qualified riders aged 21 and under. This is the third time the NAYC has been hosted at The Event at Rebecca Farm in Kalispell, Mont. and this year, and sixty-one horses across both the junior and young rider divisions turned up for their chance to win young rider glory.

The CCIY3*-S is composed of 13 riders across three mixed teams: Areas I/II, Areas III/ VII, and Areas IV/VIII. Earning a cumulative score of 91.2, it is the team of Area I/II that stand at the top of the leaderboard after the first phase of dressage. Megan Loughnane (Area II) and Linford (Landos x Napoline), her 10-year-old Holsteiner gelding scored an impressive 29.4 in the arena this morning, sitting in individual second and as the leading score for their team.

“He was super this morning, and he had a lot more energy in the ring, which was great for him,” Loughnane stated of Linford. The pair have risen through the levels together and competed at the NAYC in 2017, finishing in sixth place in the CCIJ*. “We’ve come super far since last time, and I’m excited to be here.”

Twins Madeline Lichten and Katie Lichten are no rookies to the NAYC, as this is Madeline’s third time at the Championships and Katie’s fourth. They hail from Area I, and Madeline earned a 30.0 for their team aboard her own 12-year-old Canadian Sport Horse, Yarrow (Yvari x Amelia II) to sit in individual third, with Katie helping secure a top spot after dressage with a 31.8 on Sapphire Blue B (Heritage Fortunus x Lucy Blue), her own 9-year-old Irish Sport Horse gelding for fourth individually.

“Steve was awesome, and he tries really hard,” Katie stated of Sapphire Blue B, and Madeline said that she was “super proud of Yarrow” in the dressage arena, and “couldn’t have asked for more.”

Sami Crandell from Area I and Fernhill Chaos (Chacoa x KEC Donna) round out the Area I & II team, earning a respectable 36.3 in the dressage arena. “I was very happy with Chaos. Dressage is definitely not our strongest phase, so to be able to pull off a 36 is great – I was very happy.”

“The Broussard family is amazing for letting us come here and for hosting this event. The course is beautiful – it’s awesome and I’m excited to ride it again,” added Crandell.

The mixed team of Area III & VII sit in second place heading into cross-country on a cumulative score of 95.1. The leading score for the team is an impressive 28.0 earned by William Kidwell (Area III) and Michelle Donlick’s 14-year-old KWPN gelding, Tremolo (Sempatico x Avalo’s Rhapsody). The pair sit in first place individually, which is an impressive feat after the pair just began their partnership one year ago. They quickly moved up the levels from Training to Intermediate, and they’ll head out on cross-country course on Saturday, which Kidwell says “looks like a nice galloping track with some good technical questions.”

“My ride today was pretty good. It felt pretty consistent and he held his own in there. I had one little wobble in the counter canter, but besides that, it was a fantastic ride for me,” explained Kidwell. “I first saw the horse two years ago. He’s not technically mine, but I got the ride on him, and I had other people’s support. He’s a very self-aware horse and always knows what he’s going to get into before he gets into it. He’s kind of shy, but also pretty bold.”

This is Kidwell’s first time at the NAYC, and he explained that “it’s a great atmosphere. It’s the biggest show I’ve ever competed at, and it’s a pleasure to be here. Montana itself and the farm is absolutely beautiful. I’m really glad to have the support not only from the team but from others behind the team. It feels really good to know that people are helping you out, and I’m really thankful for all that,” he concluded. 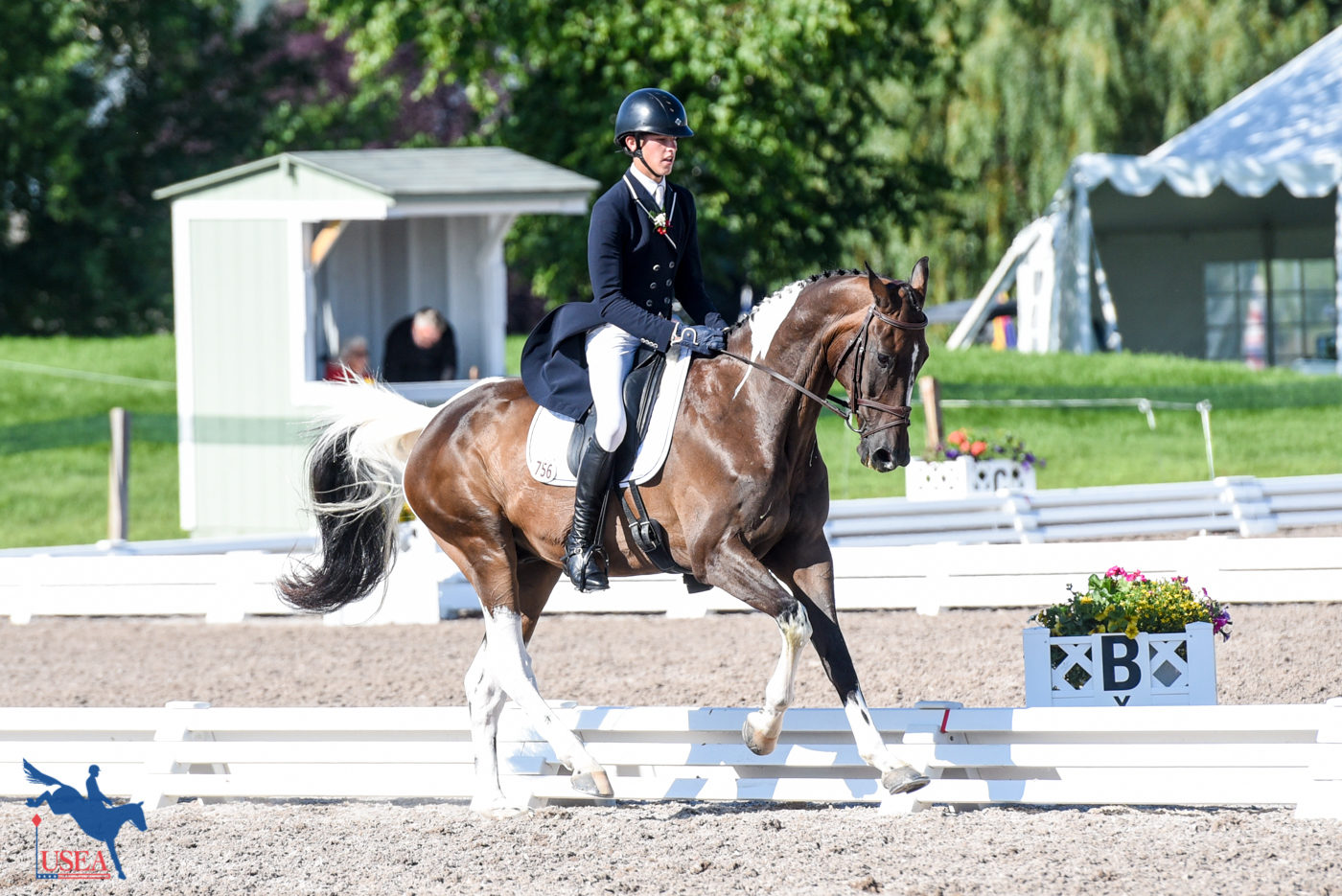 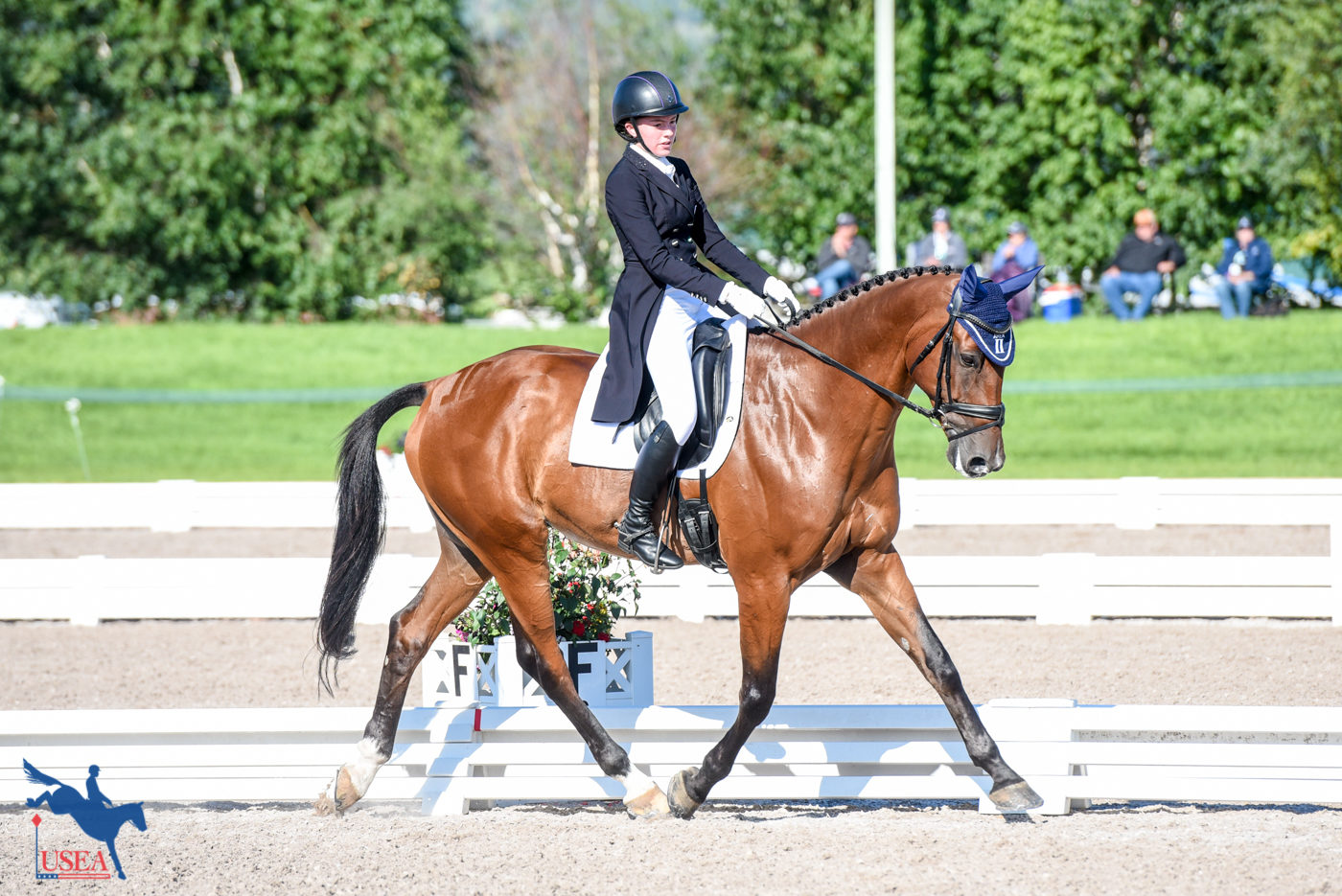 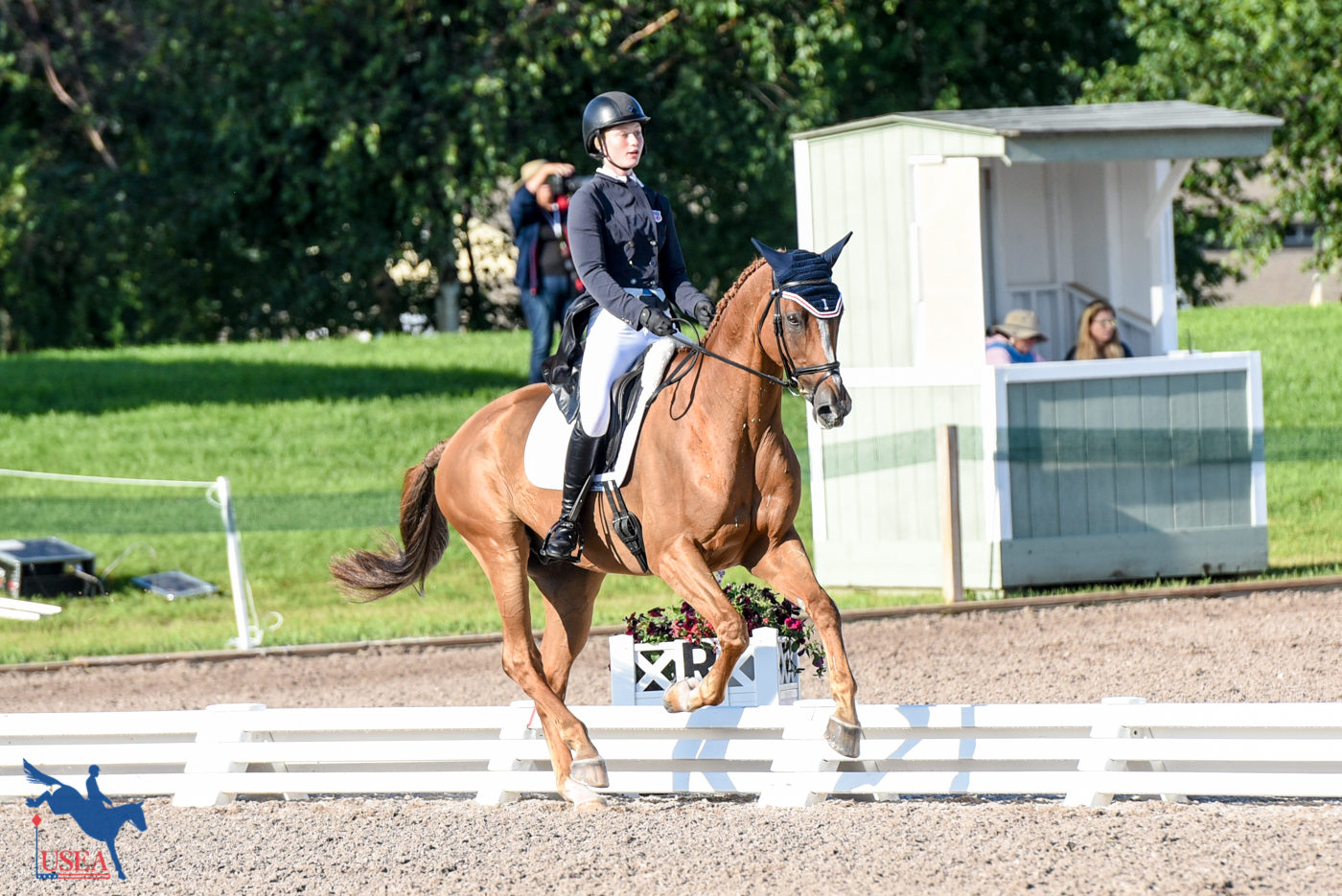 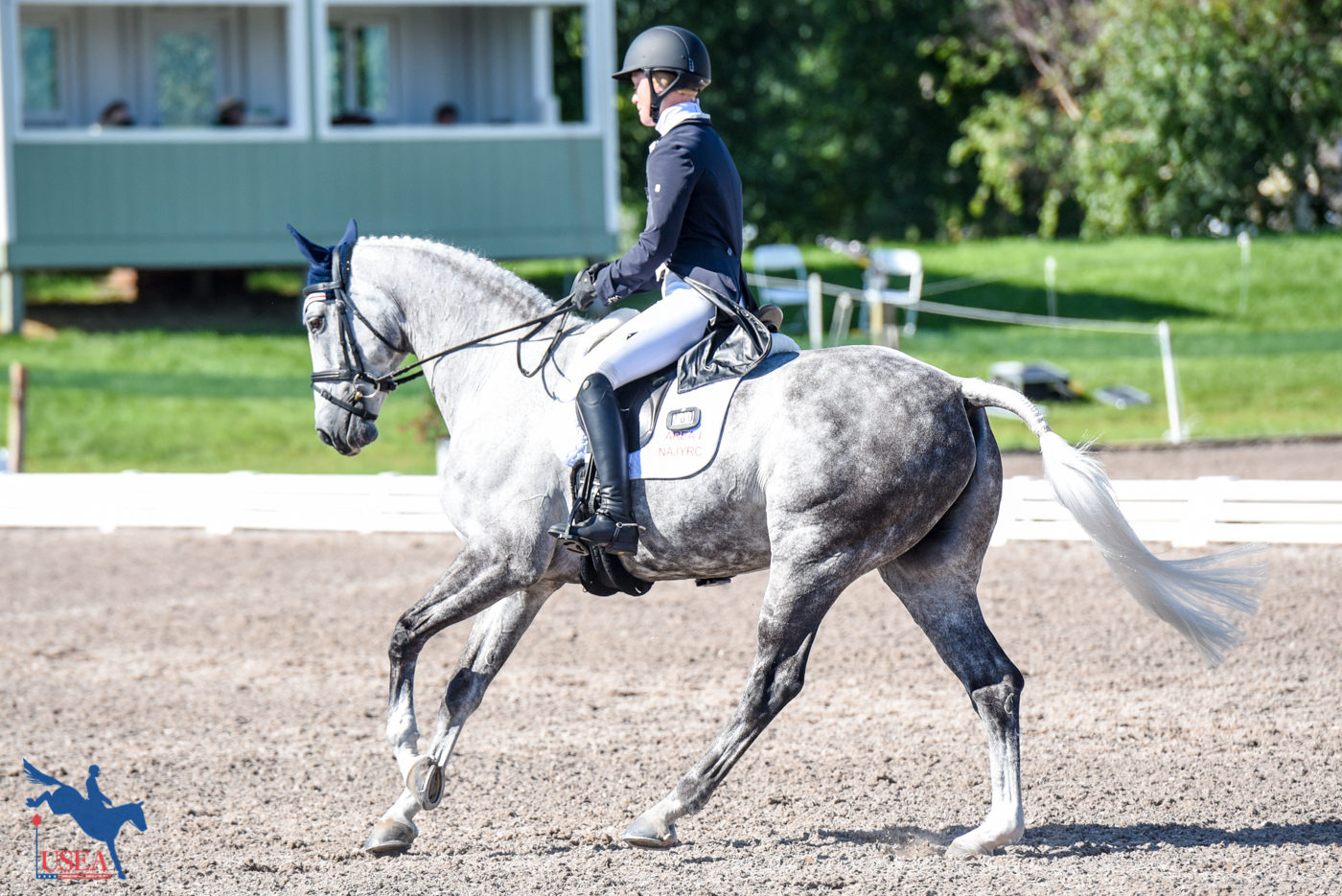 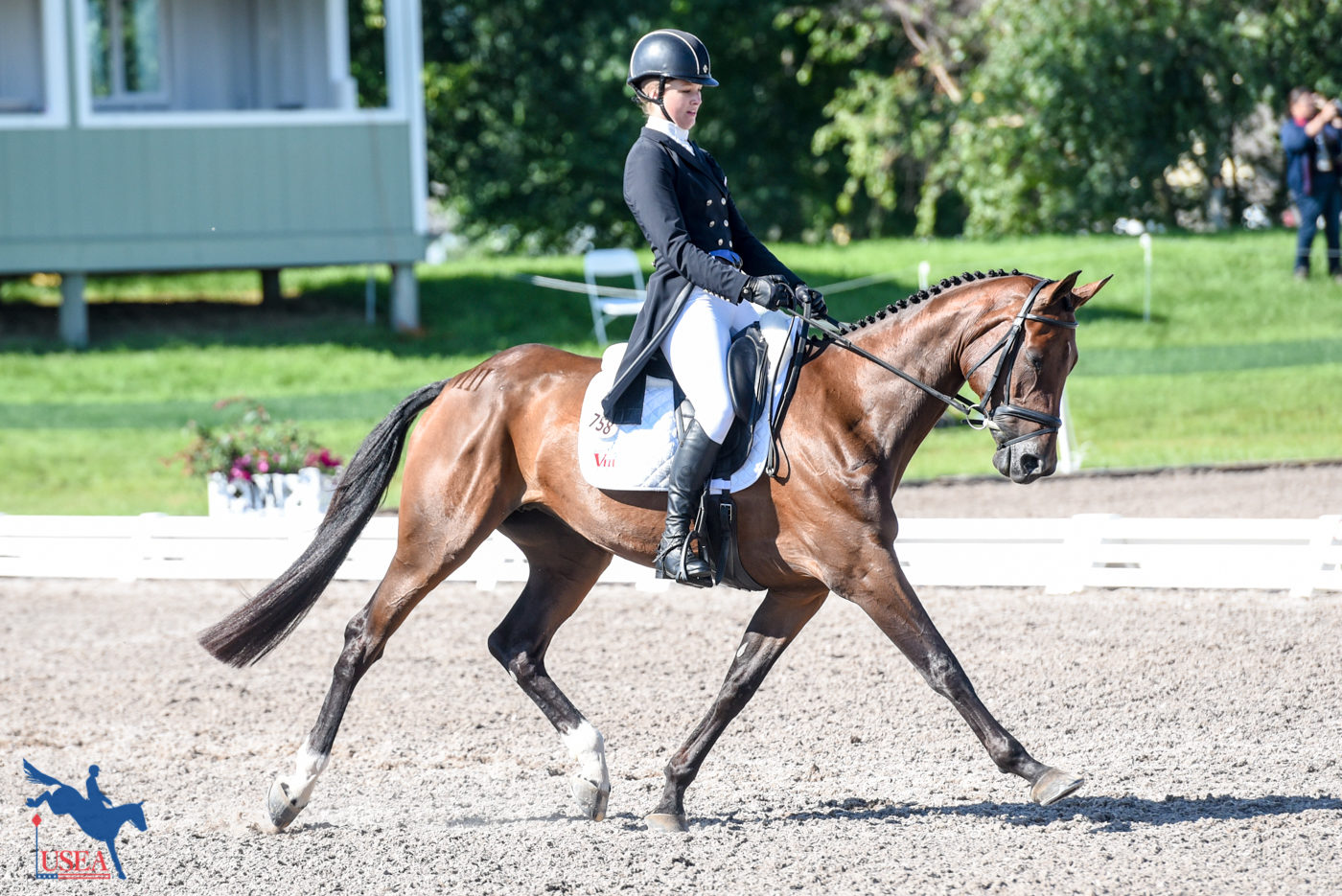 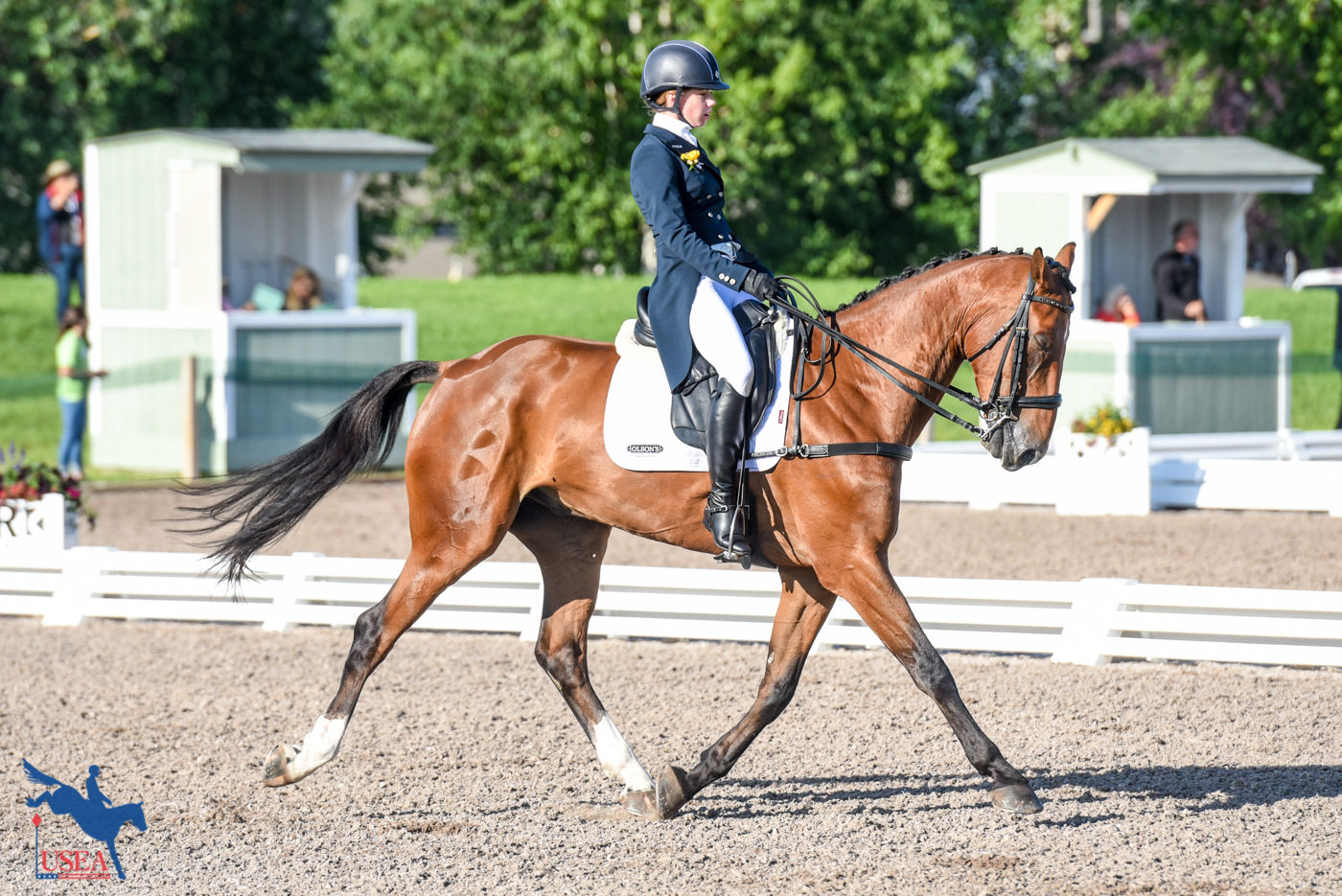 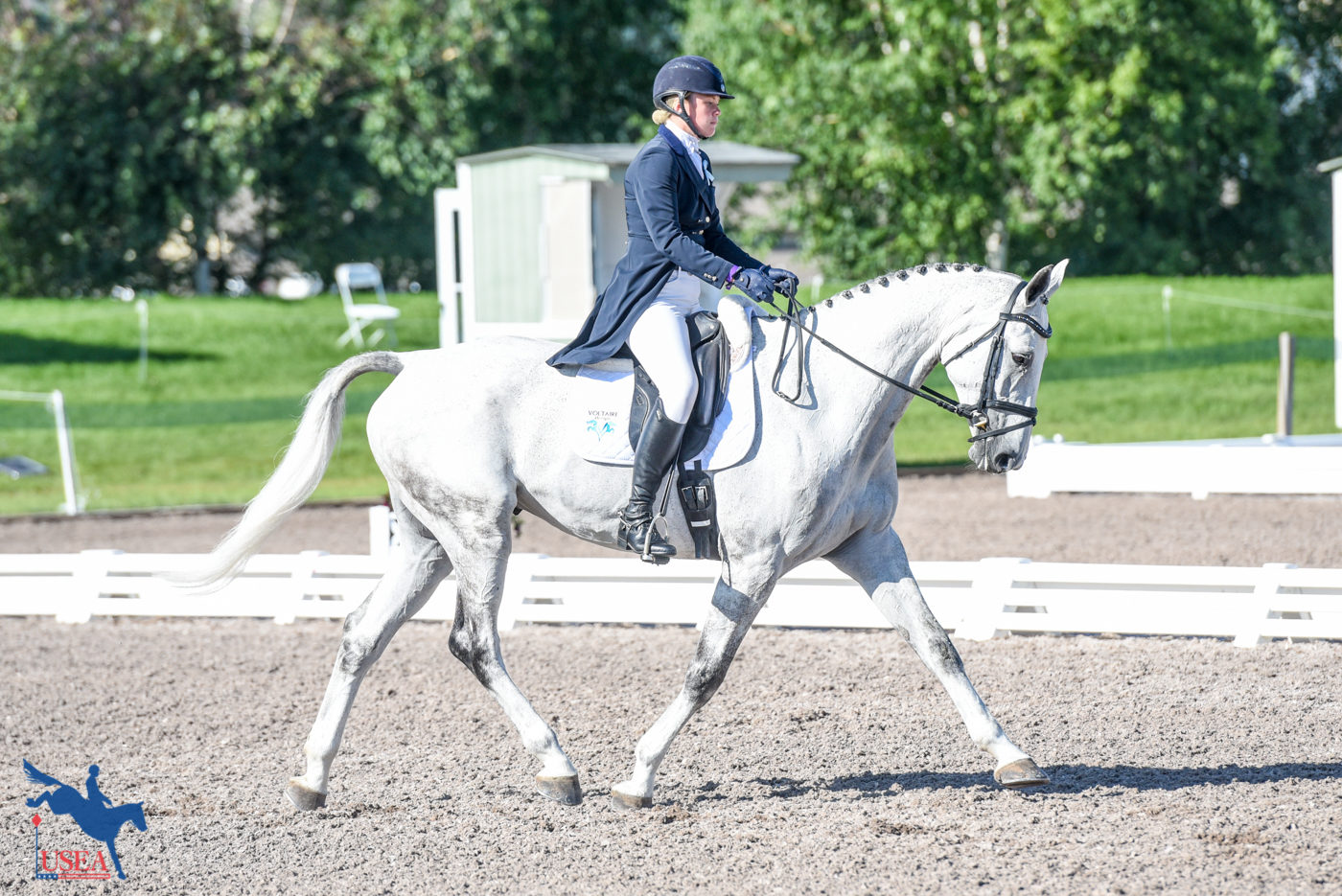 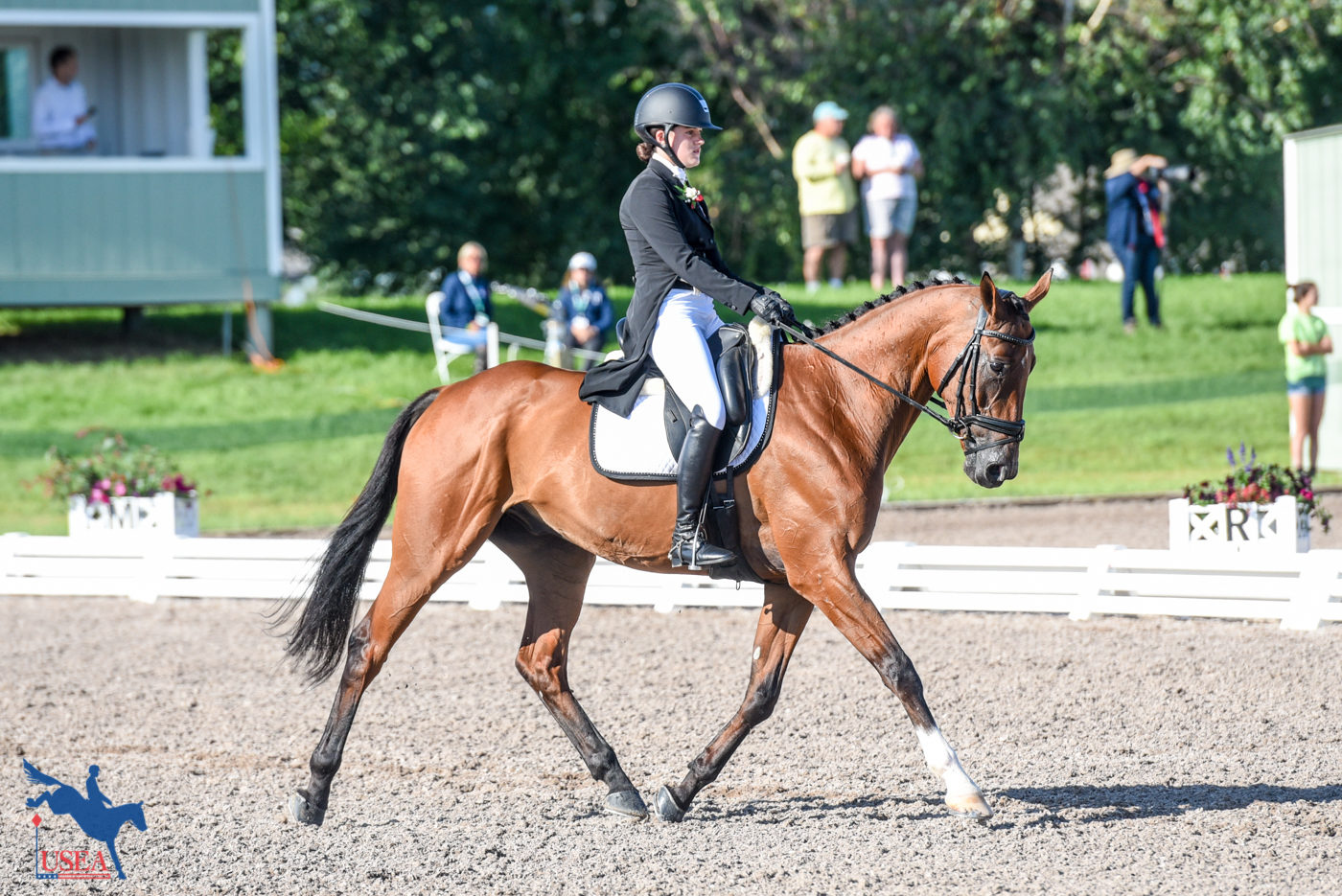 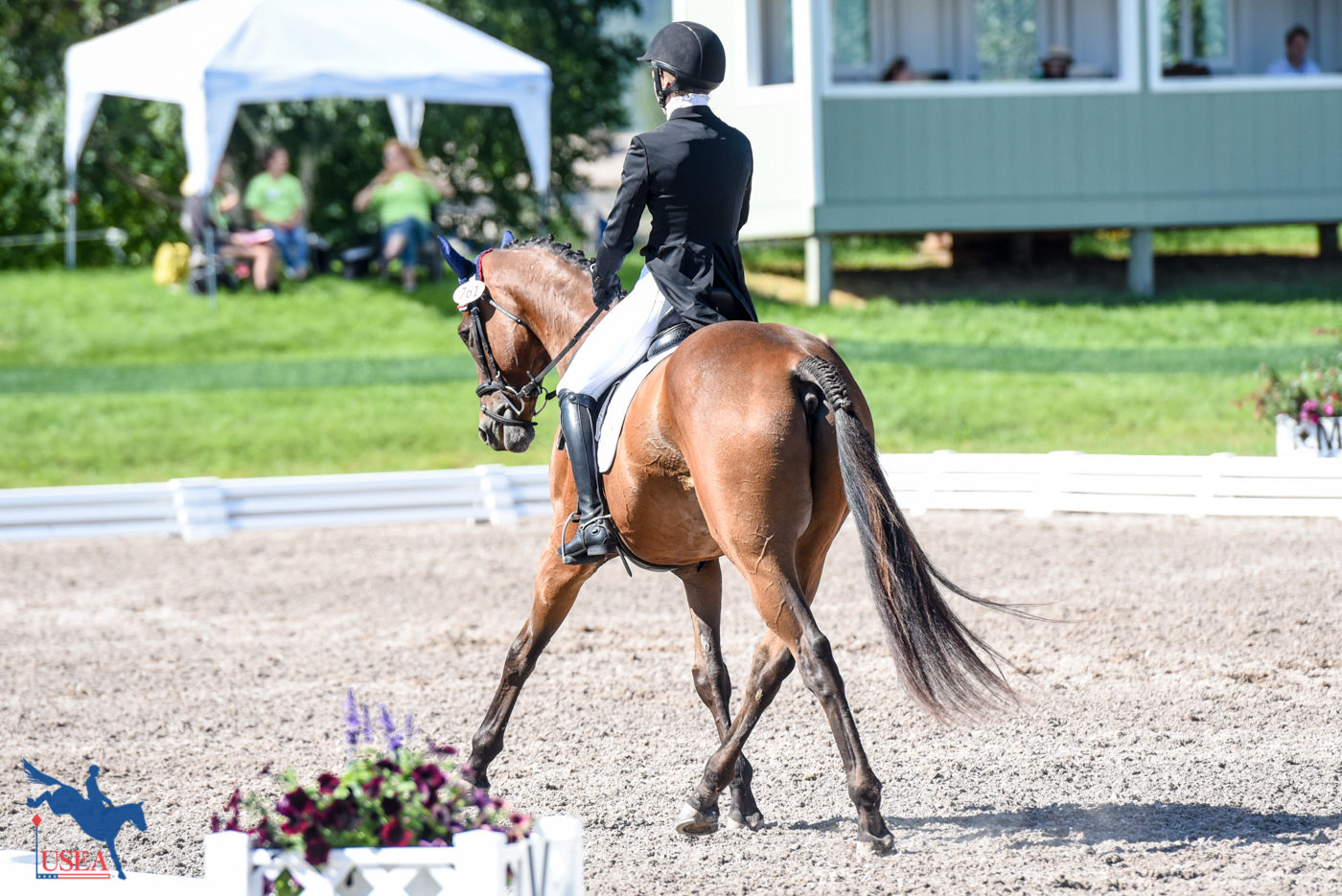 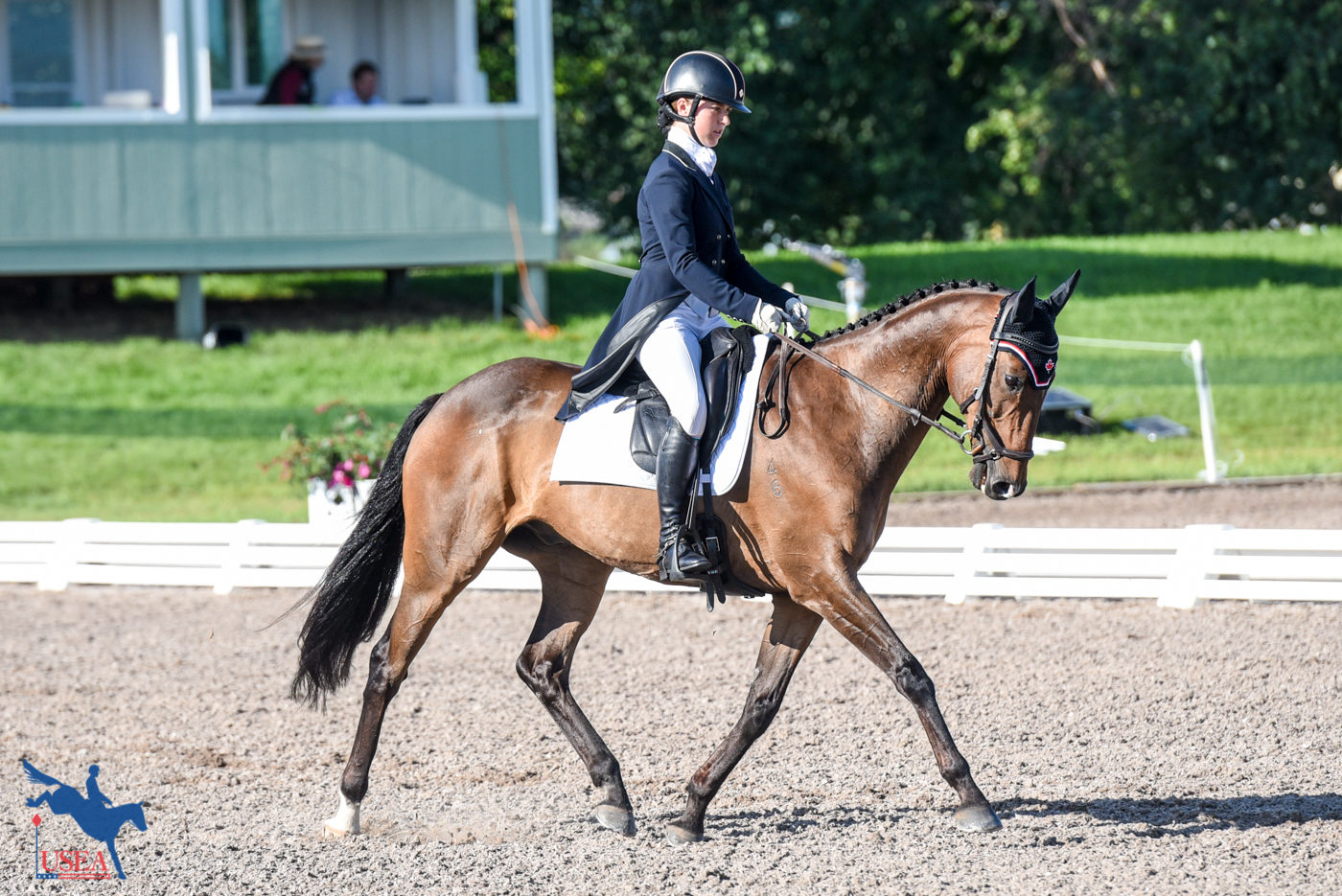 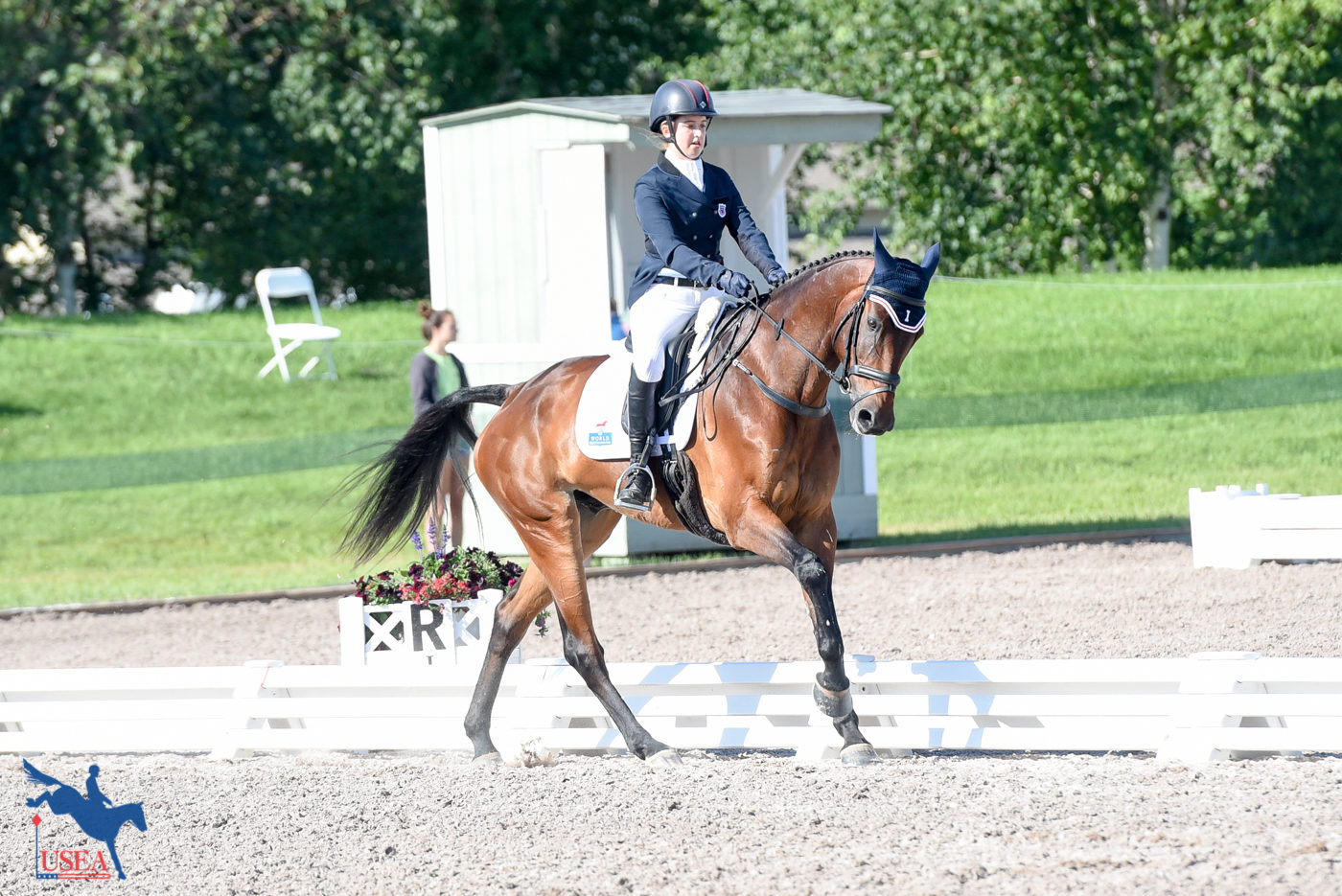 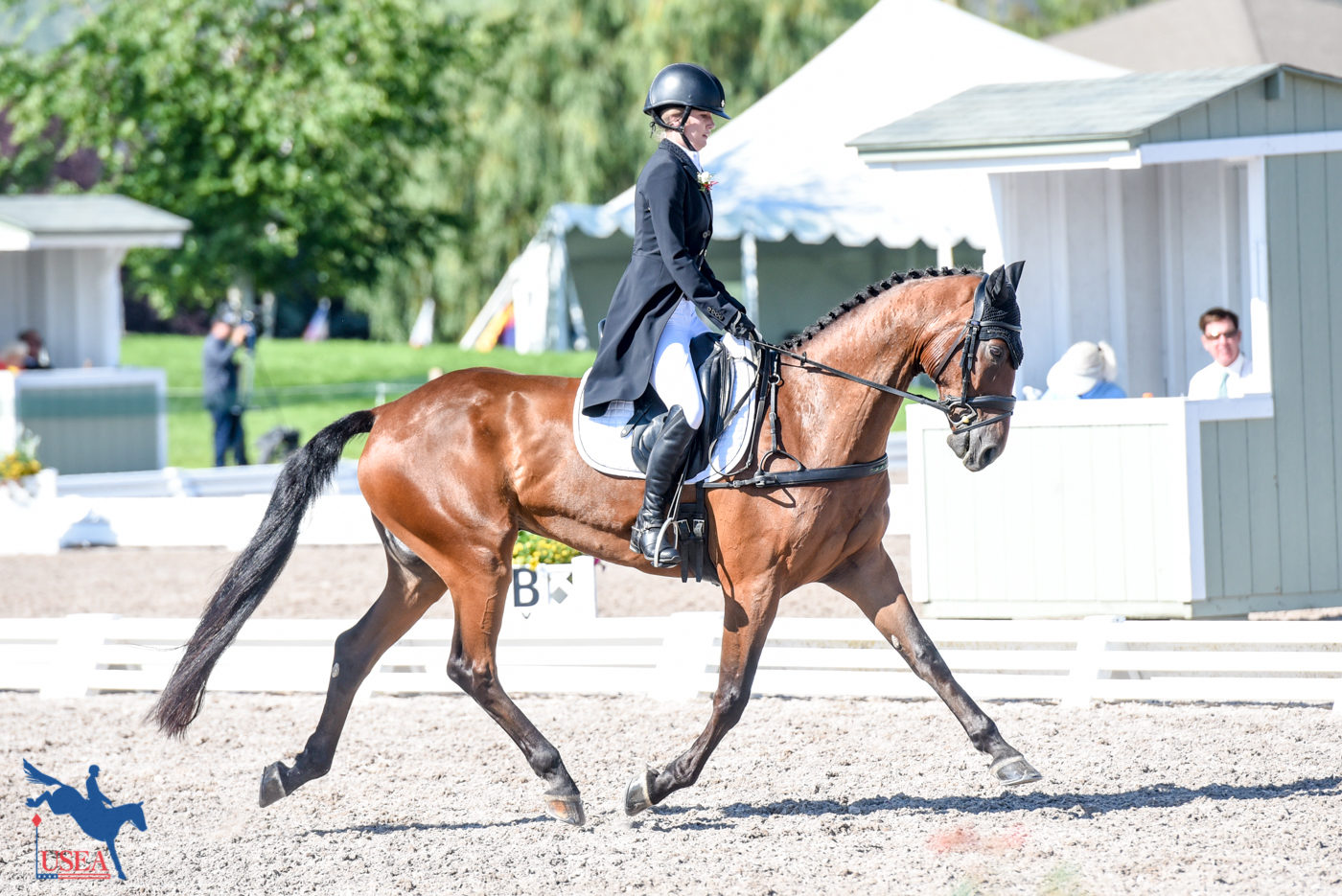 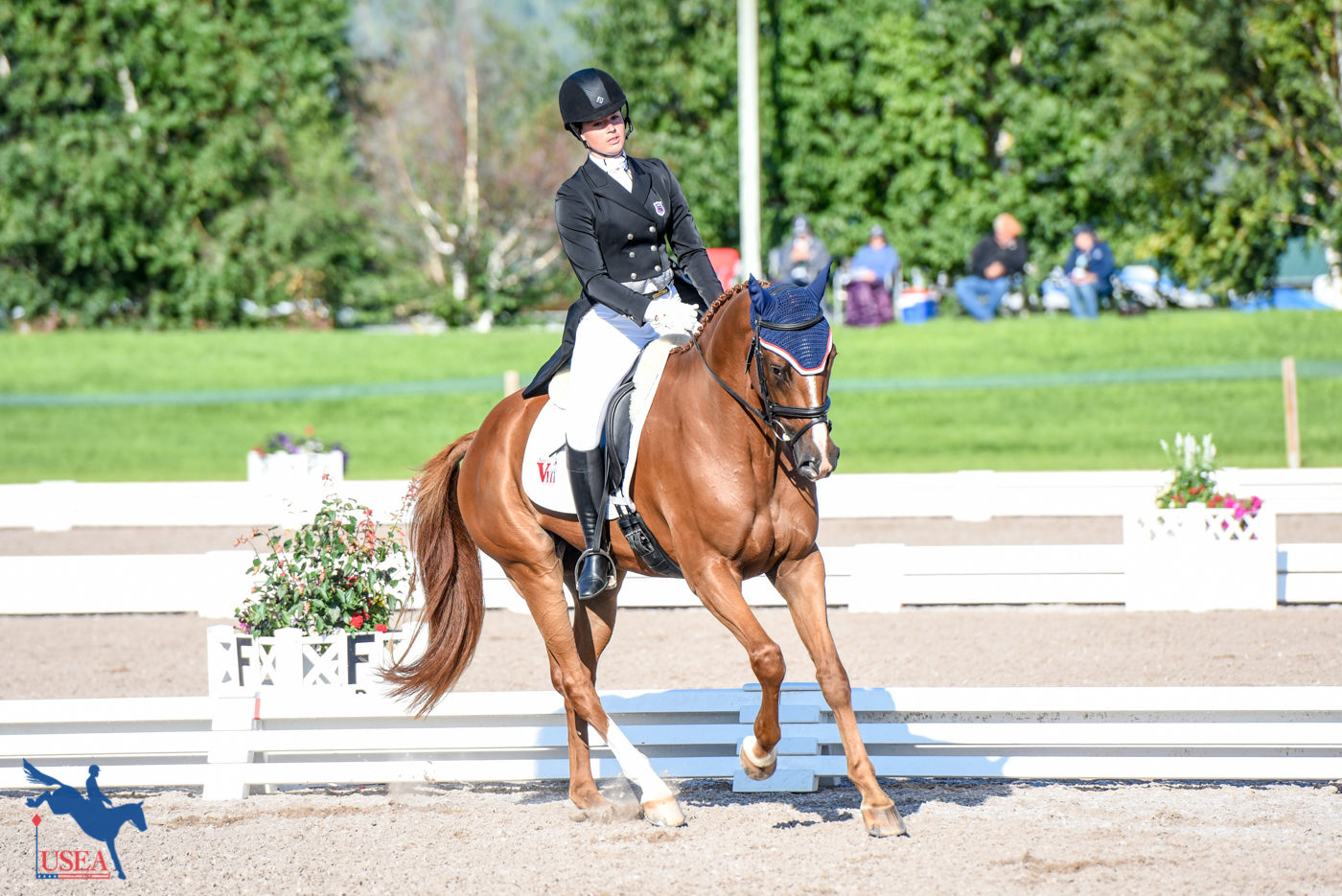 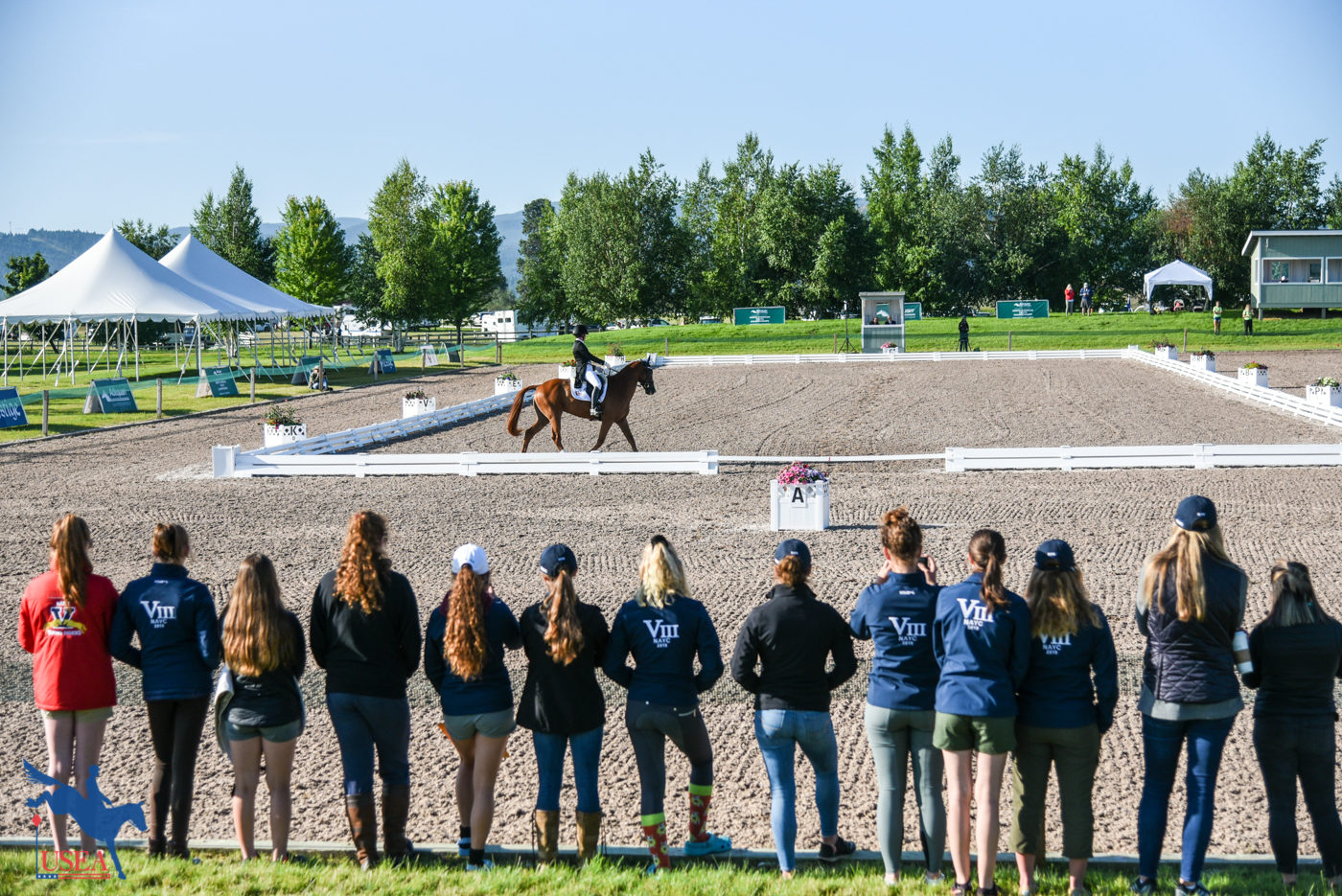 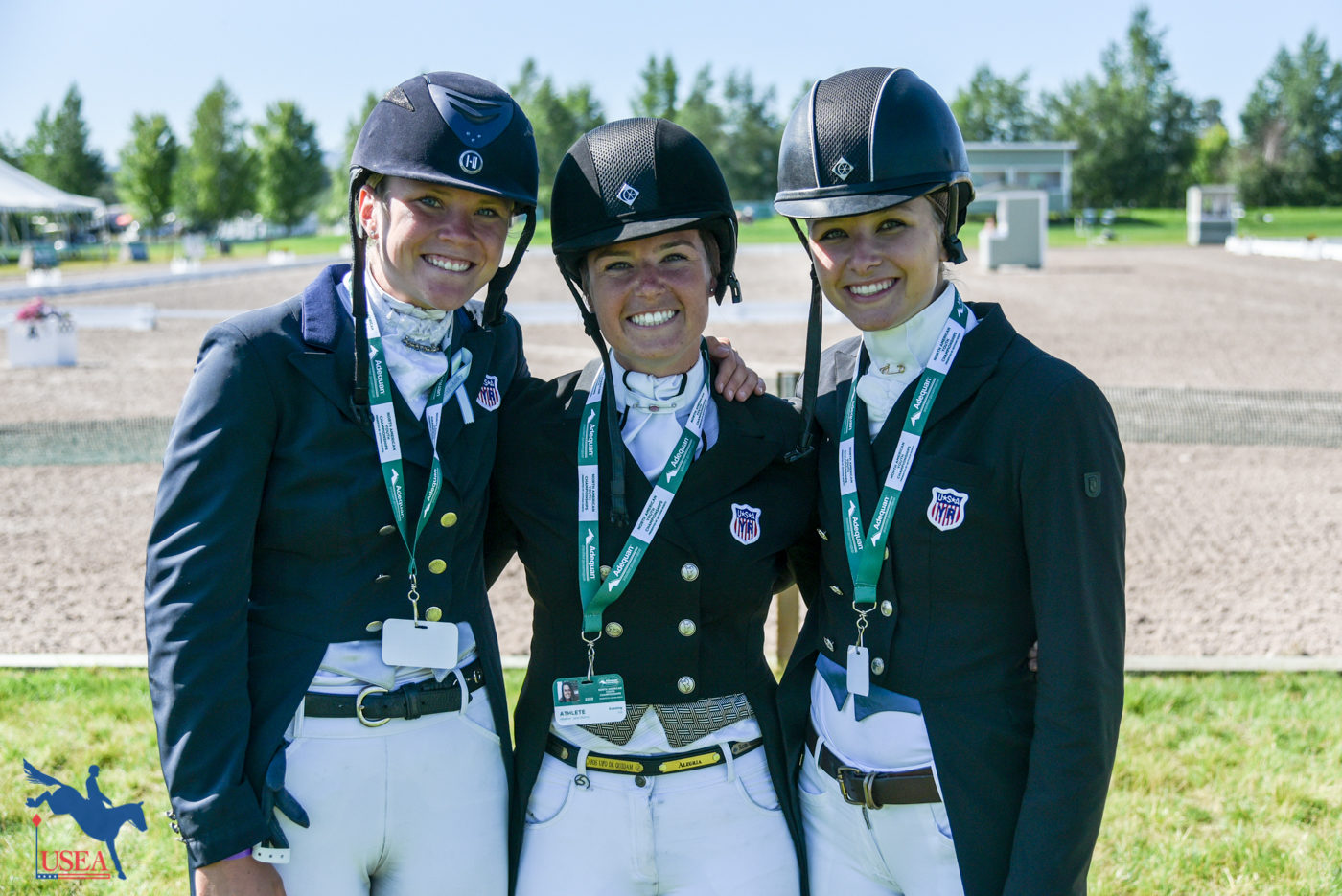 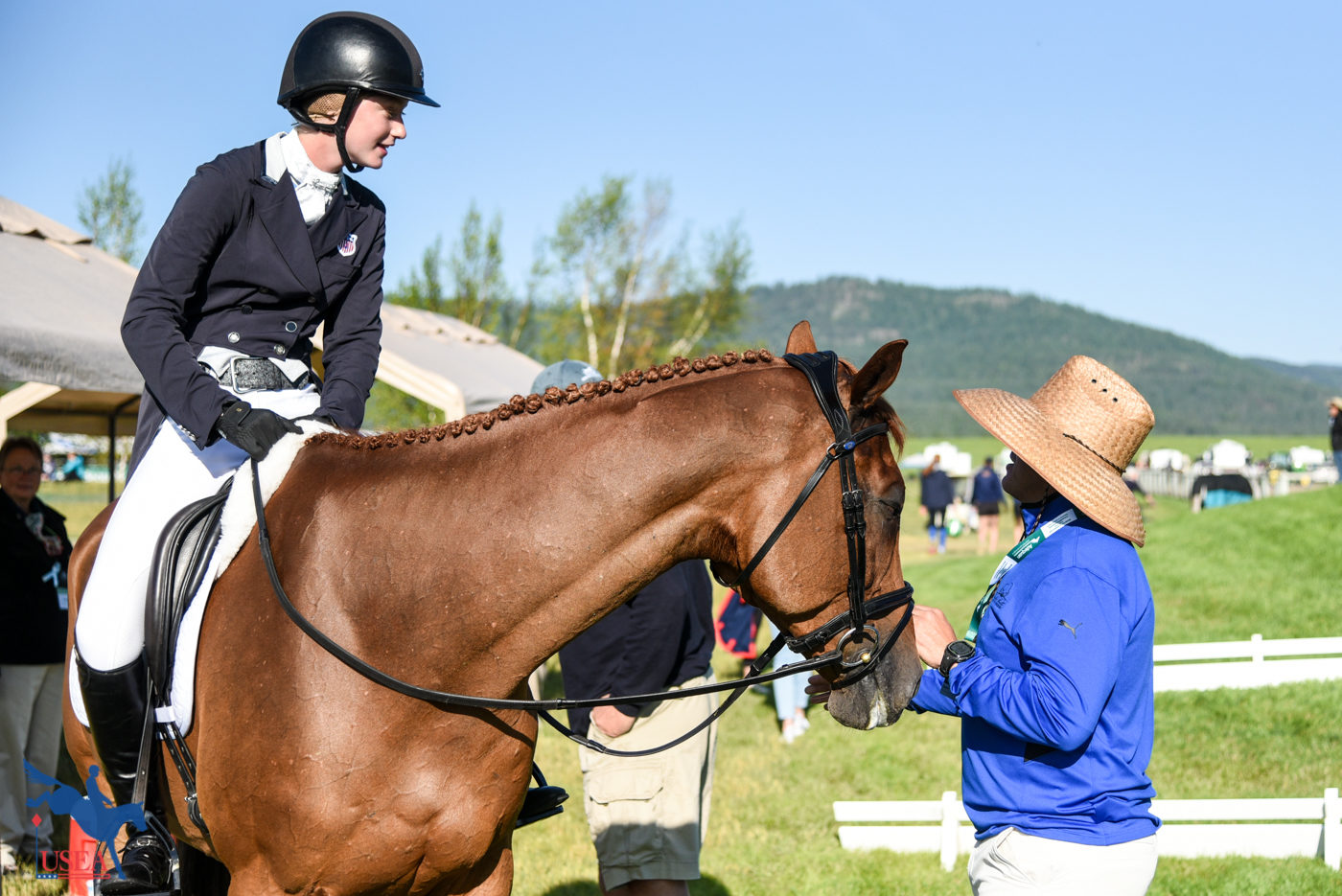 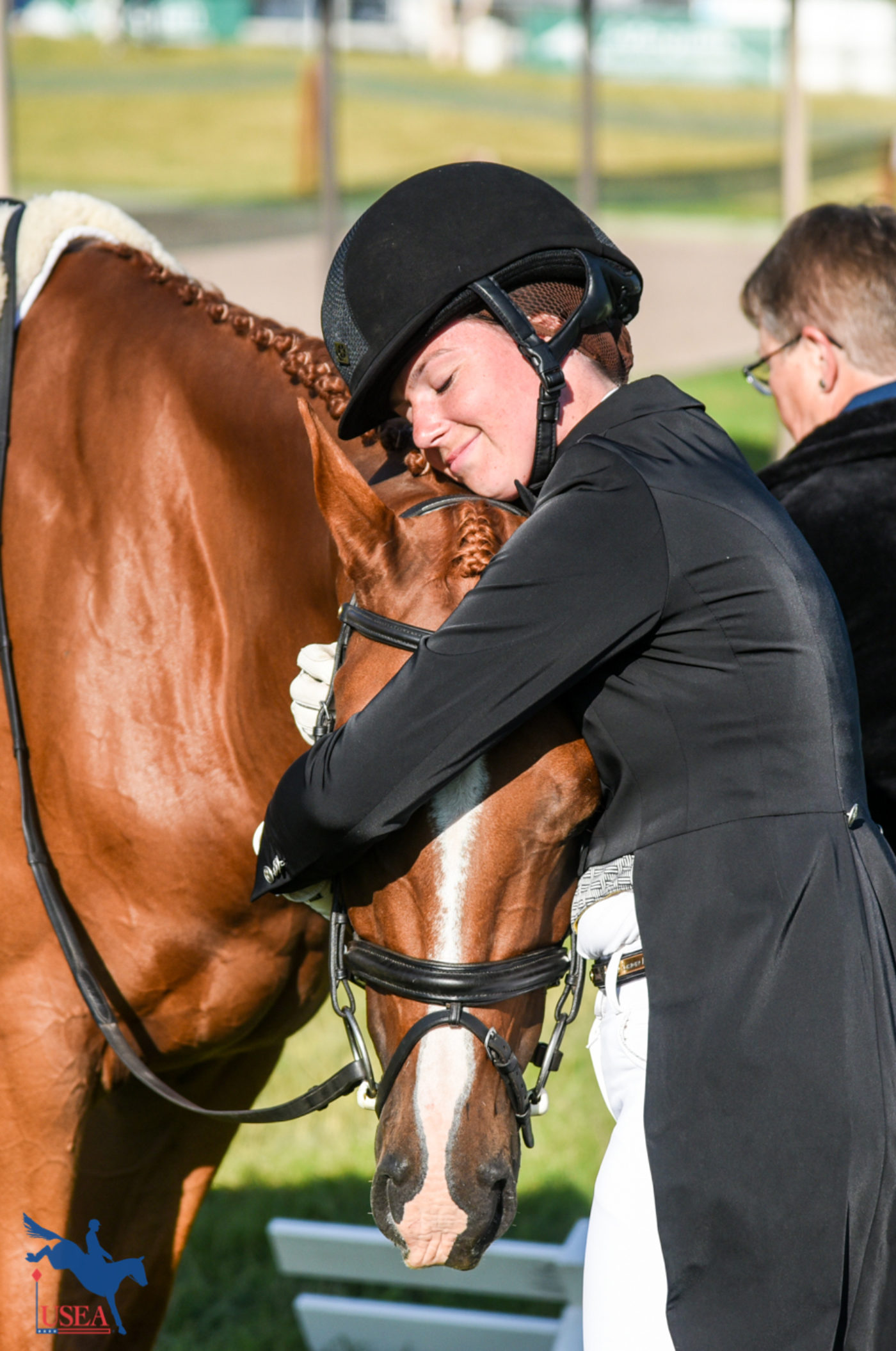 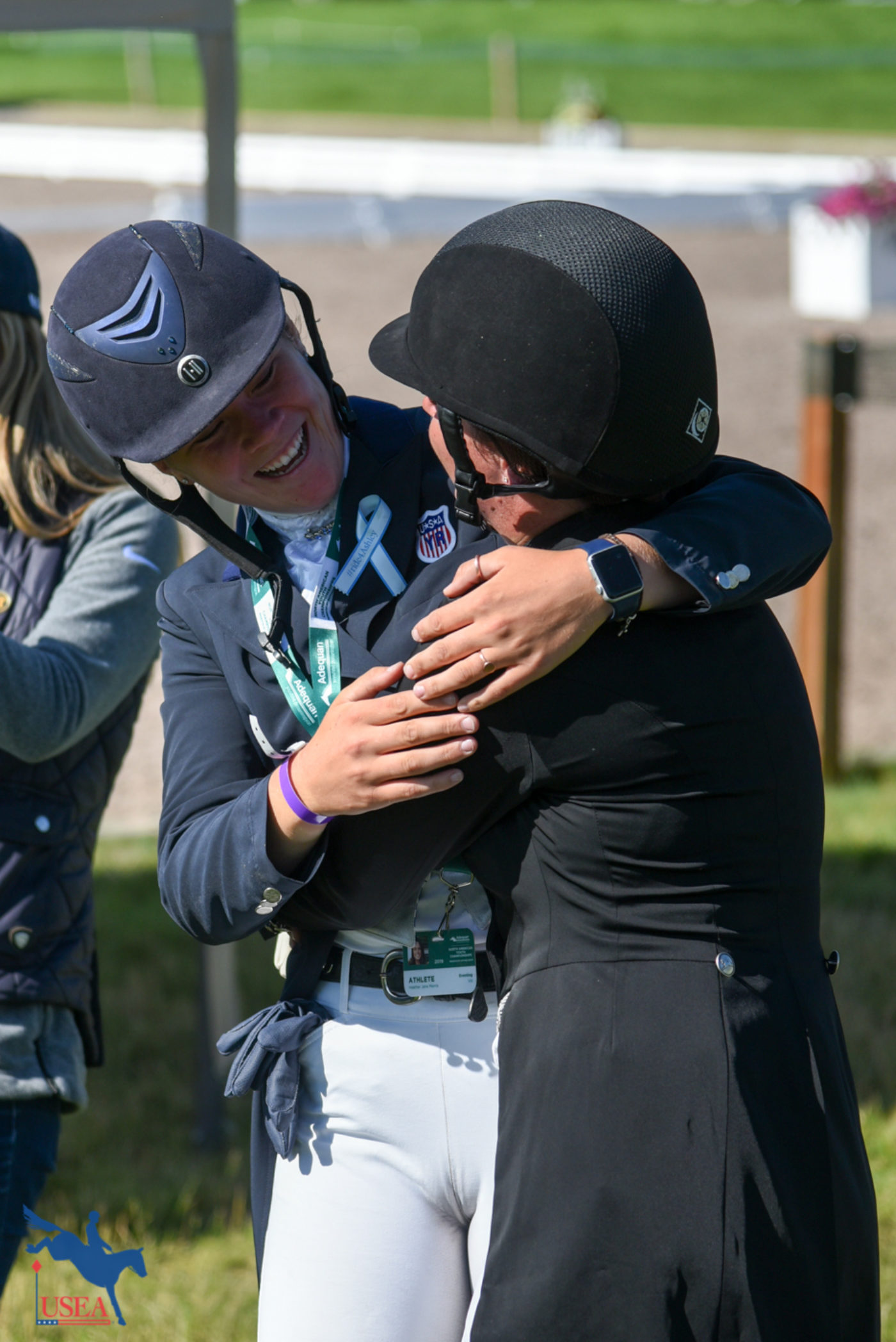