The leaderboard may have shuffled around a bit as rails dropped all across Chris Barnard’s show jumping course this afternoon in the Adequan USEA Gold Cup Advanced division, but no one could touch Waylon Roberts and Anthony Connolly and L. Skey Levely’s 15-year-old Thoroughbred gelding, Kelecyn Cognac (Fusaichi Pegasus x Dreamland) who led the division from start to finish.

Roberts and “Dan” began their weekend by scoring a personal best in the dressage to sit tied for first place with Phillip Dutton and Fernhill Singapore on a score of 29.8 heading out on cross-country. The duo clocked the third-fastest ride of the division over Mike Etherington-Smith’s course, picking up 10.8 time penalties but maintaining their lead going into the final day of competition. A two-day score of 40.6 ultimately gave Roberts a 11.6 point margin of error, leaving plenty of room for the four jumping faults and one time fault he and Dan picked up on course.

“He felt super,” said Roberts. “I took him out of the stall for an early ride this morning and he definitely wasn’t as spry as he’d normally be, but I don’t know what it is - something about the atmosphere - the second ride when I brought him up for the class, he was on it. I’m super happy.”

Roberts explained that he’s ridden a few of Barnard’s show jumping courses this year, and the time has always been a bit tight. “You have to keep moving, but it’s a risk that you take. [Chris] is a master at making you stay careful but keeping the class interesting.”

Roberts commented that Dan is not the easiest of horses to ride in the show jumping phase, but that they have been working with Richard Picken to improve. “He wants to be careful, he’s just not the most orthodox of horses. He’s a big horse and he’s a sensitive horse; he’s got a thoroughbred mind on him. He remembers everything, and he takes everything very personally so you’ve got to work it through with him. But he keeps getting better. He’s 15 [years old] now but he keeps getting better so I’m really excited about him. [Richard] has been super and he knows the horse really well now. We’re starting to click.”

What’s next for Roberts and Dan? They’ll head to the Carolina International CIC3* with their eyes on competing at Kentucky this spring. On his win this weekend at Red Hills, Roberts said, “It’s a great way to start the year.”

“[She felt] fantastic,” said Martin. “She’s a bit of a surprise package. When I first got her she was really careful – almost too careful – and initially I wasn’t quite sure if she’d make an Advanced event horse just because she didn’t want to touch the brush. But she’s found a bit of braveness and we’re starting to build a partnership, and I’m thrilled. She ripped around the course. I think she could be a four-star horses, but I also think she could be very competitive at the short-format CICs.”

Martin shared that Kyra already has offspring on the ground. “She’s been a very feisty redheaded mare and obviously she’s got some jump, so Christine Turner bred her to a French stallion, and we’ve got that 3-year-old. I said to Christine I’d love a little bit more blood in the horse, so we bred that 3-year-old to an American thoroughbred. We’ll have Kyra’s grandbaby in June, and that should be hopefully a Thoroughbred-ier version of Kyra.”

Martin has been riding horses for Turner for two years now and said that it’s been a delight to work with her. “She’s right up my alley, and she’s very supportive. I’m thrilled to be riding her horses.”

Phillip Dutton and Sue Foley, Ann Jones, and Tom Tierney’s 9-year-old KWPN gelding Fernhill Singapore (Singapore x Riedellia) jumped the only clear round of the division, although they picked up three time faults. Added to their two-day score of 50.6, that score moved them up from fourth place to round out the top three in the division.

Dutton said he was pleased with how Fernhill Singapore went in his first Advanced level competition. “He’s a good jumper. He’s a bit exuberant and he makes a bit of a bid at the jumps, but I just worked on keeping the jumps coming out of stride and he jumped really well.”

Fernhill Singapore was imported from Ireland by Julie Richards, and Dutton explained that he acquired the gelding as a late 4-year-old from her. “We’ve been excited about him and bringing him along slowly. He’s very talented but he’s a fraction fragile with his personality and he gets worried about things a little bit, so we’re just trying to bring him along. But I think he’s ready now for the next level. I’m really excited about his future.”

Show jumping course designer Chris Barnard discussed how the size of the arena at Red Hills played a role in how he chose to design the course for both the Advanced and the CIC3*, which ran the same track. “I try to use the space effectively without going up and down the ring. [Red Hills] is the first main three-star of the season, but for the Advanced they jump the same track, so I keep both in mind when I [design the course]. Obviously here they get a lot of crowds, so when laying out the course I like to [provide] the spectator side and the VIP side with a little bit of action.”

Attendees in the VIP tent were treated to a front-row seat for the triple combination followed by a bending line to the final fence of the course, while the spectators were seated in front of the vertical double combination that bent left to a vertical and then right to an oxer. “I love the bending lines,” commented Barnard, “because it gives the riders an option. If they jump in and they have a plan they can ride it, but if they make a mistake, either the horse or the rider, they have a little flexibility to add a stride or take a stride out.”

While the time proved to be the influential factor in show jumping for the CIC3*, it was the rails that had a hard time staying in their cups today for the Advanced division. “With the two tracks being the same, and the time allowed, it’s always interesting after the fact to look back and say, ‘Okay, these riders were clean, but they had some more time,’ and the Advanced riders were a little better with the time,” said Barnard.

The difference between the faults in the two divisions is due in part to the fact that the three-star show jumped before running cross-country, while the Advanced horses ran cross-country 24 hours prior to show jumping, but the time was difficult to make for both divisions. “I think sometimes in a big ring you think you’re going faster than you actually are.” The turns from fence 3 to 4 and fence 10 to 11 as well as the gallop along the short side of the arena from fence 5 to 6AB were all opportunities for the rider to make up, or lose, time.

“And, there wasn’t a place like a lot of courses where you could find an inside turn somewhere that not everybody can make,” continued Barnard. “So, if you didn’t go the pace, it was easy to have a time fault or two. I think it’s good; when I talked to the riders, and even the emerging athletes, I said, ‘The time allowed, it’s not becoming more difficult, but it’s becoming more of a factor. Riders need to learn to be more effective after the jump.’ They land, and they think, and then they ride, whereas if they land, ride forward, and then think, they’ll be better.”

Barnard said that he loves to make each of his courses a learning experience for the riders, no matter the level. “I love to give the riders things to go home and think about and say, ‘Oh, I had one time fault, I could have done this,’ or, ‘Oh, I had the last fence down because I rushed.’ If I can give them some stuff to work on, that’s what I try to do.” 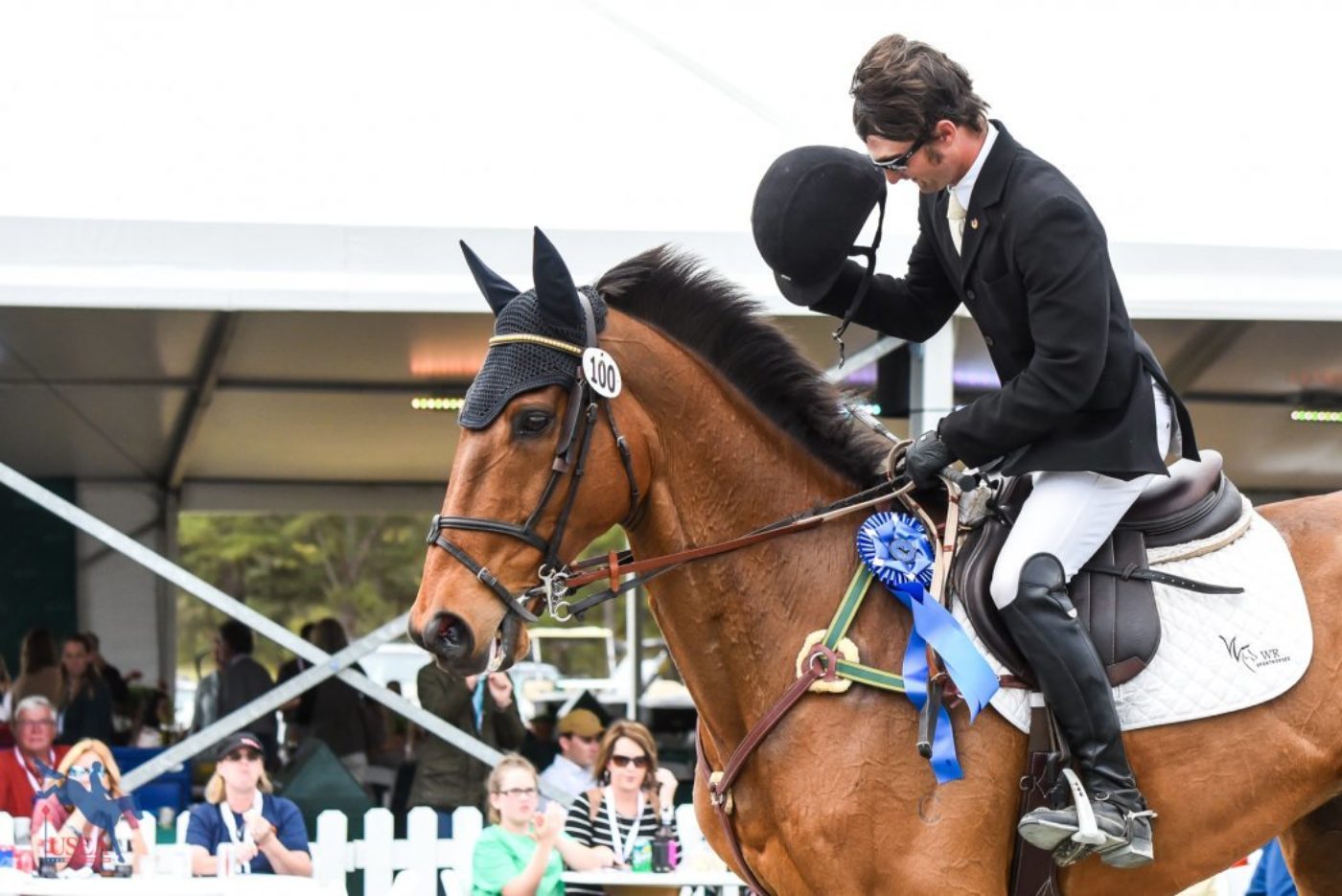 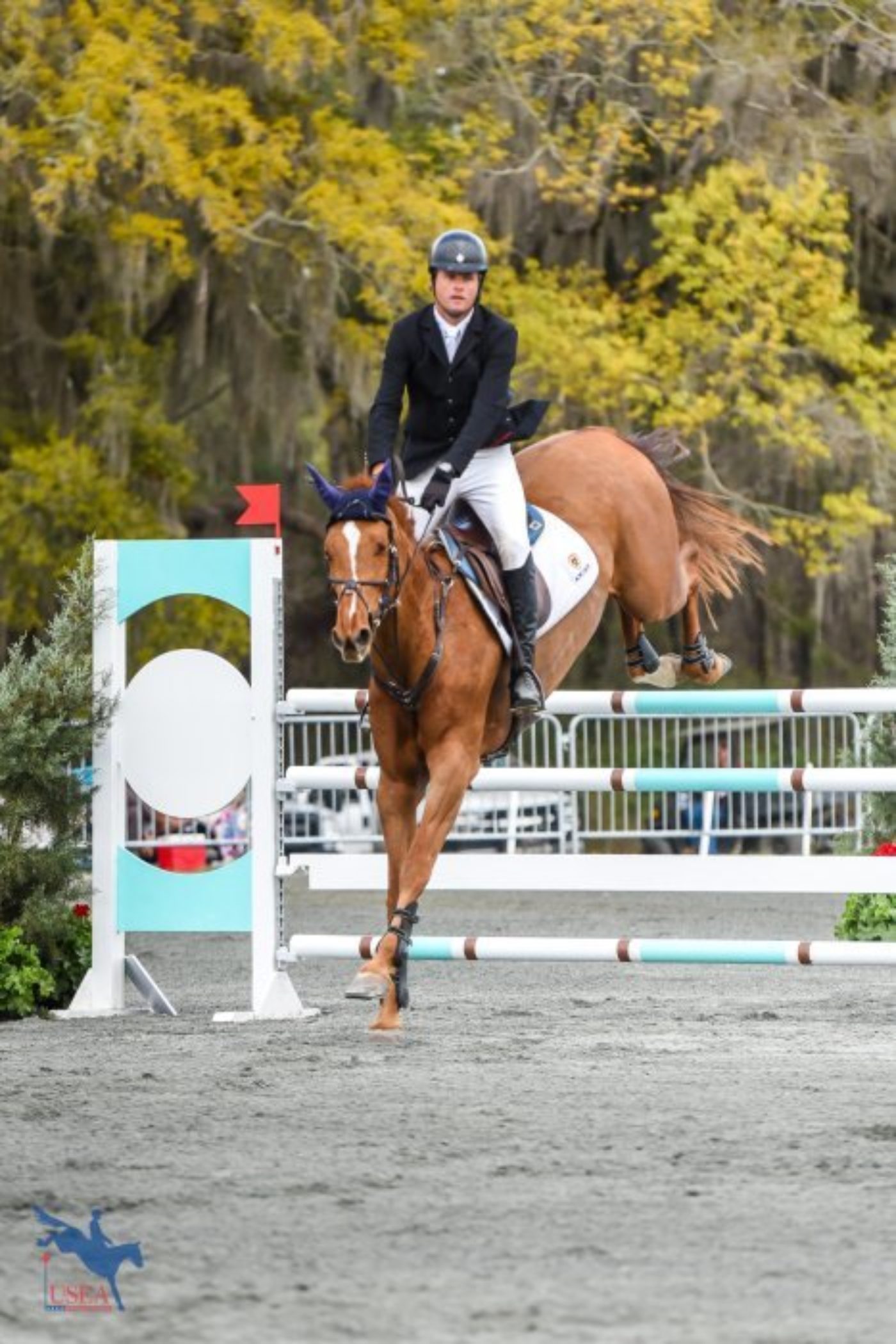 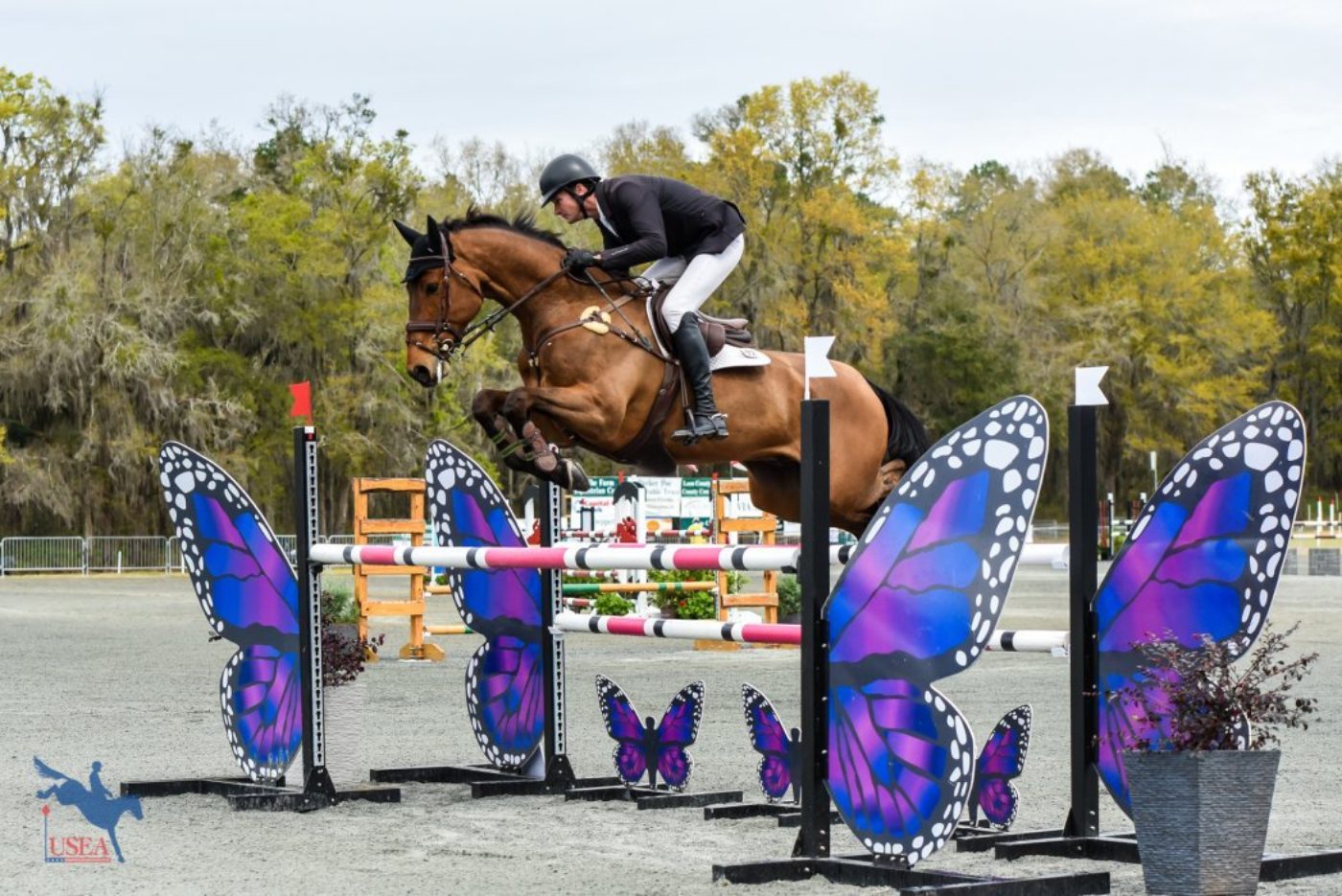 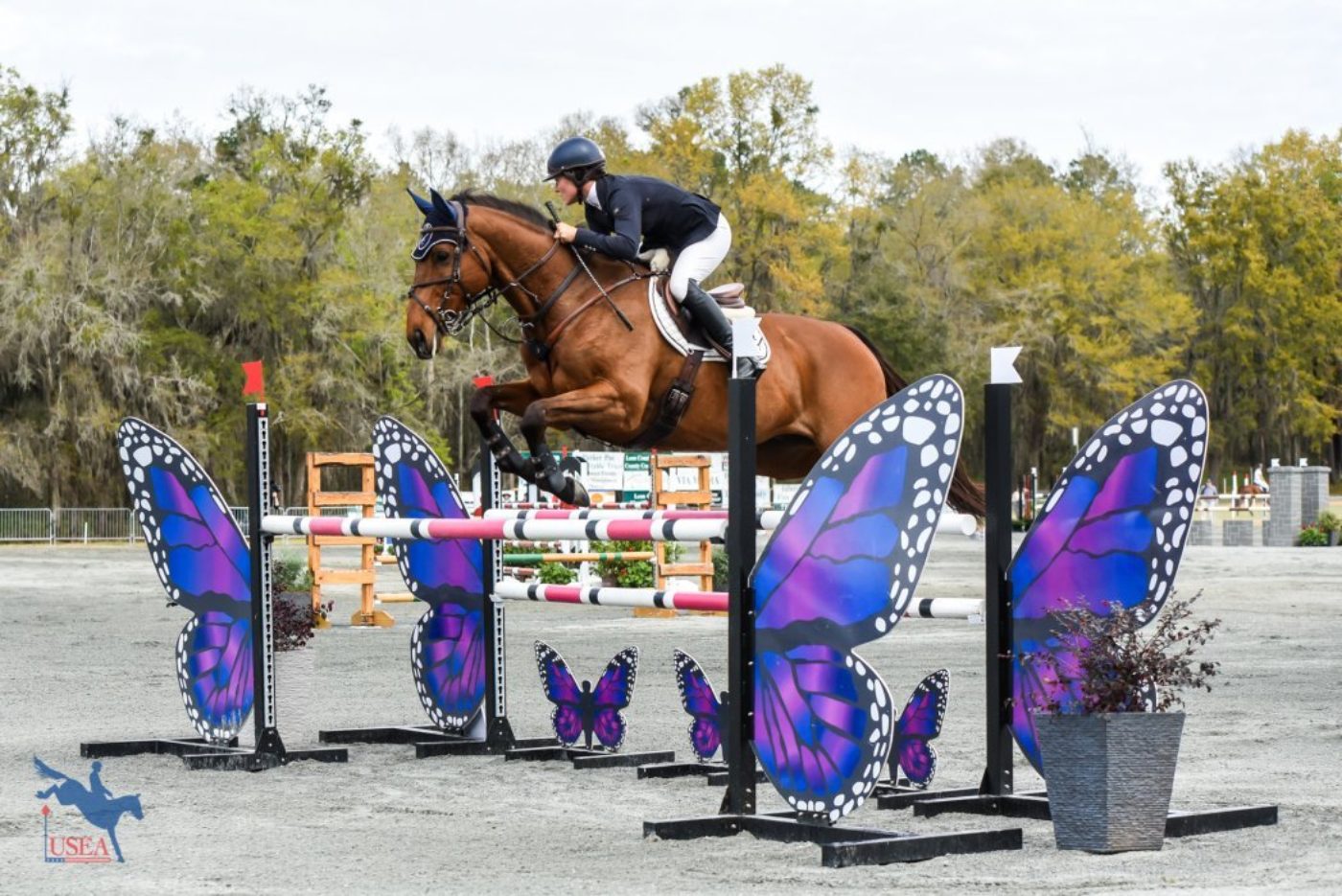 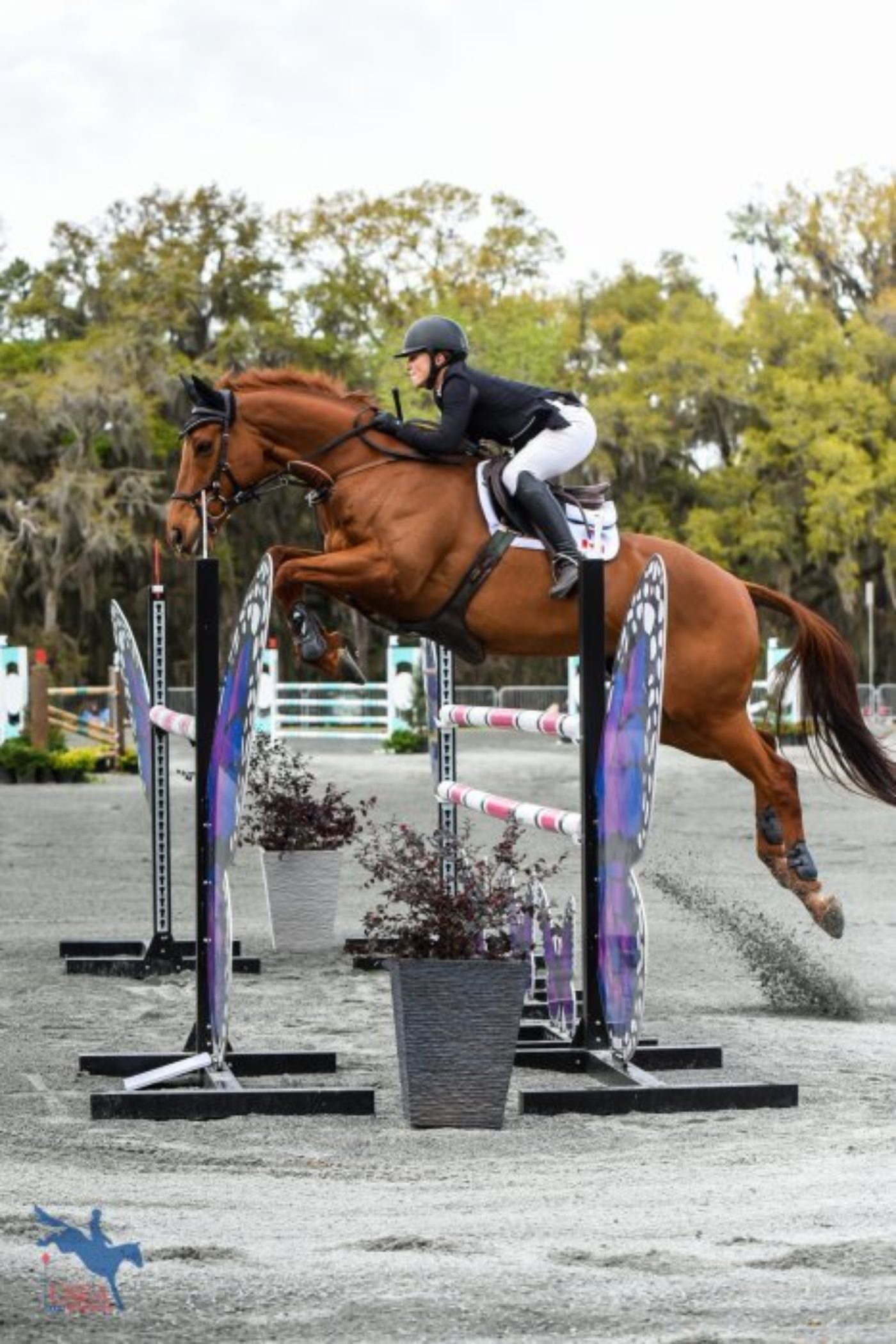 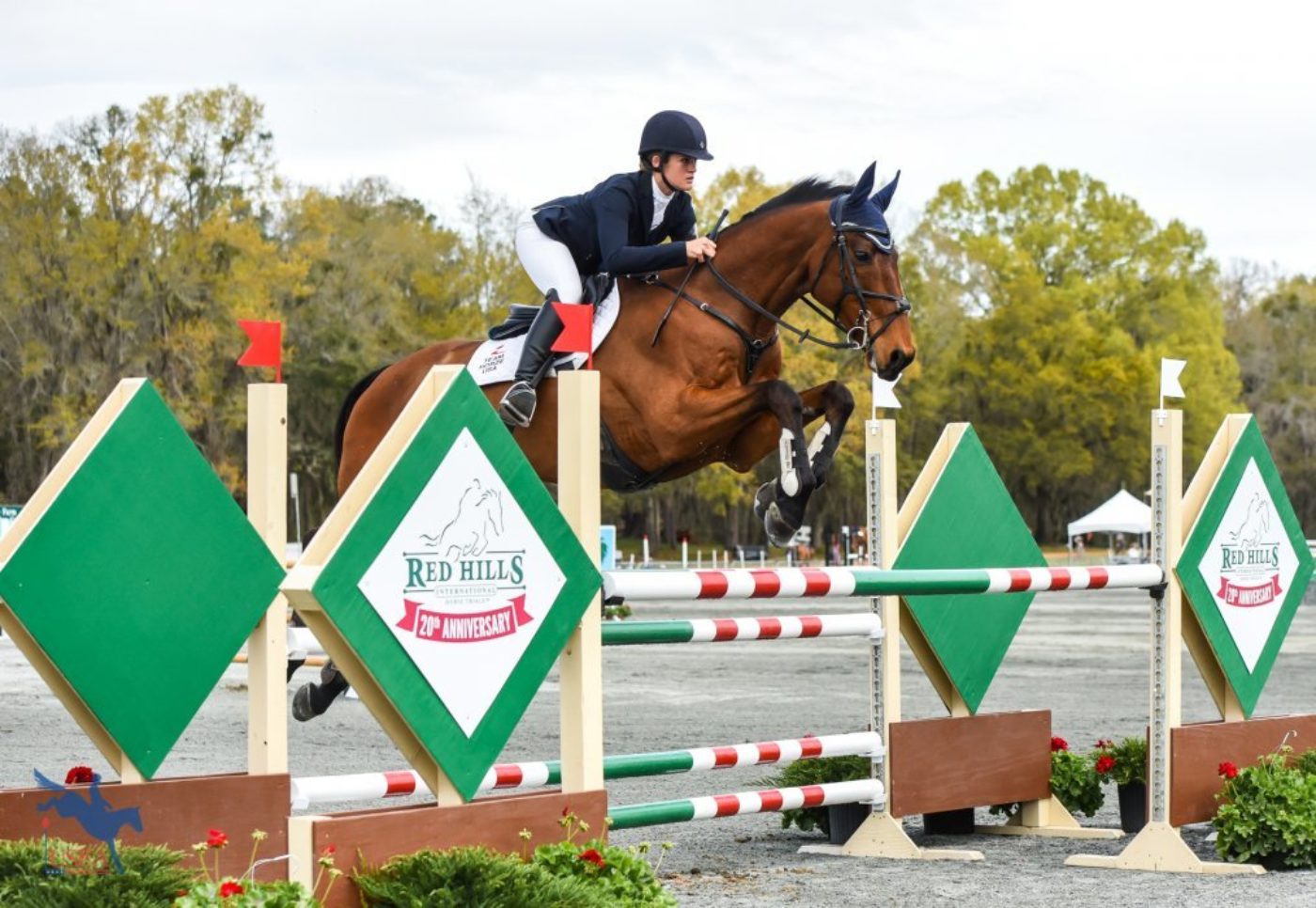 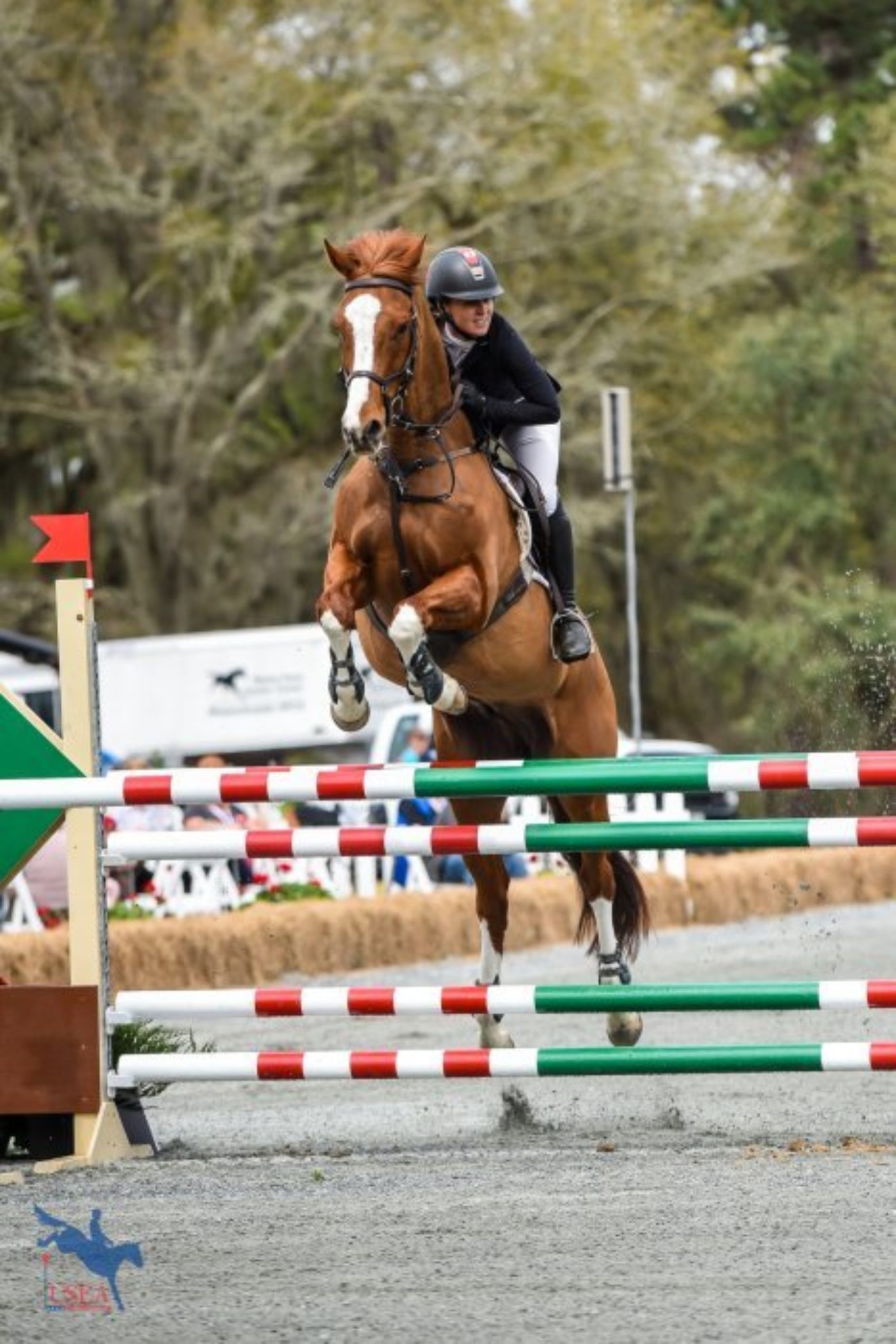 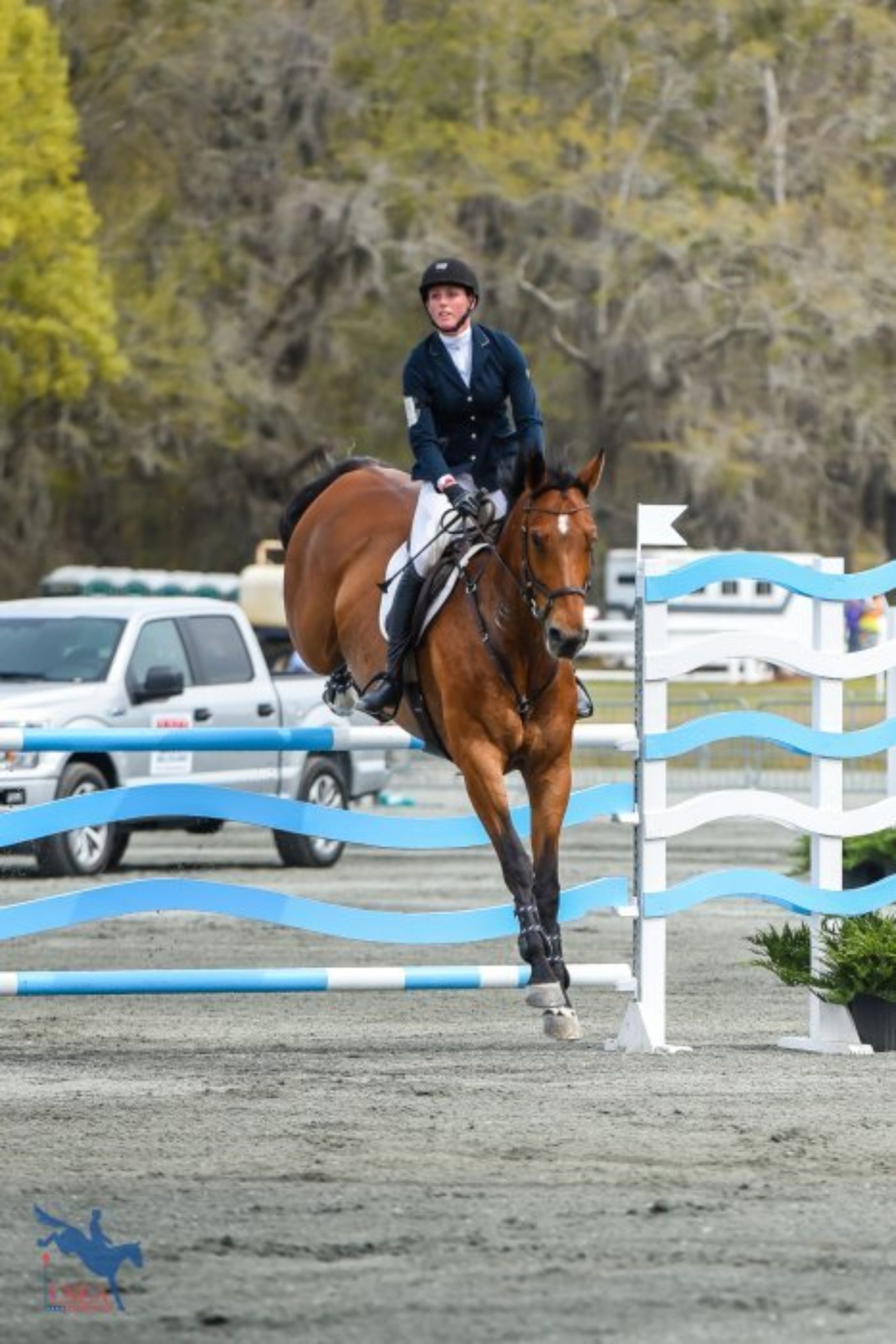