The YEH 4-year-old’s were the first to contest the course around the misty morning track that included the jumping/galloping test. Judges Chris Ryan and Debbie Adams were tasked with evaluating 10 promising 4-year-olds and 12 5-year-olds.

Quinn HSR (Quarterback x Bonne Chance) and Kaylawna Smith led the way through the fog to complete the Championship on top. The Oldenburg gelding is owned and bred by Anita Nardine. Smith, who broke the horse herself, has had him for less than a year. “I was super proud of him,” says Smith, “We know he is a very special horse and to see him blossom and then come out here and really show what he can do has been really fun.” The pair finished on a score of 84.20.

Amber Birtcil, a force to be reckoned with when it comes to young horse competition, once again captured this year’s YEH 5-year-old title with Cellar Farm Corp's Lex D (Freeman VDL x Berber). Finishing on a score of 92.90, the imported Dutch Warmblood gelding produced the highest conformation score of the class.

The Reserve Champion in the YEH 5-year-old Championship was taken by Andrea Baxter and her Dutch Warmblood gelding Liefhebber (Connect x Vrijbuiter) who moved up from third place overnight with a score of 92.30, just 0.6 points off the leader. Third place honors went to Kaylawna Smith and Marcella Ashton's German Sport Horse mare AEV Zara on a score of 91.30.

The excitement wasn’t over as the focus turned to the FEH 3-year-olds & 4-year-olds. Twelve promising youngsters were put through the jump chute to show their potential as event horses and to make their final mark on the judges.

Returning 2020 FEH 2-year-old champion, RSH Goliath (Gringo-Gallipoli x Sam’s Girl) handily took top honors in the 3-year-old Championship with a score of 80.30 for owner Michelle Cameron Donaldson. “It’s such a thrill to win again,” said Donaldson, “He’s such an amazing horse, I am so blessed to have him."

This is the Hanoverian gelding's third time competing in the FEH Championships and his first outing was a bit of a last-minute opportunity. "We bought him sight unseen. He was transported here [to Twin Rivers] where we were going to pick him up. We decided last minute to throw him in the yearling class that year. It was the first time he had been off the farm. We pulled his mane and showed him and he was completely calm.“

As the last class of the 2021 FEH Championship, the very well-mannered group of 4-year-olds horses returned to show their prowess in the jump chute. Charlotte Freeman was pleasantly surprised when her Oldenburg/Hanoverian cross mare Graceland’s Ladera (Libero Star x Rittersporn) moved up several placings to take the Championship with a final score of 85.30. “She has the best personality, she is just super fun,” said Freeman, “I am thrilled that she is clearly super talented and has upper-level potential.”

The Reserve Champion ribbon was awarded to Louise Leslie and her Hanoverian gelding Cnick Cnack JJM (Comte x Estefania) with a score of 83.60. In third was Mell Freeman’s Holsteiner gelding LeFabulous J (LaMarque x Jo Be Fantastic) handled by Kaylawna Smith with a score of 80.20. 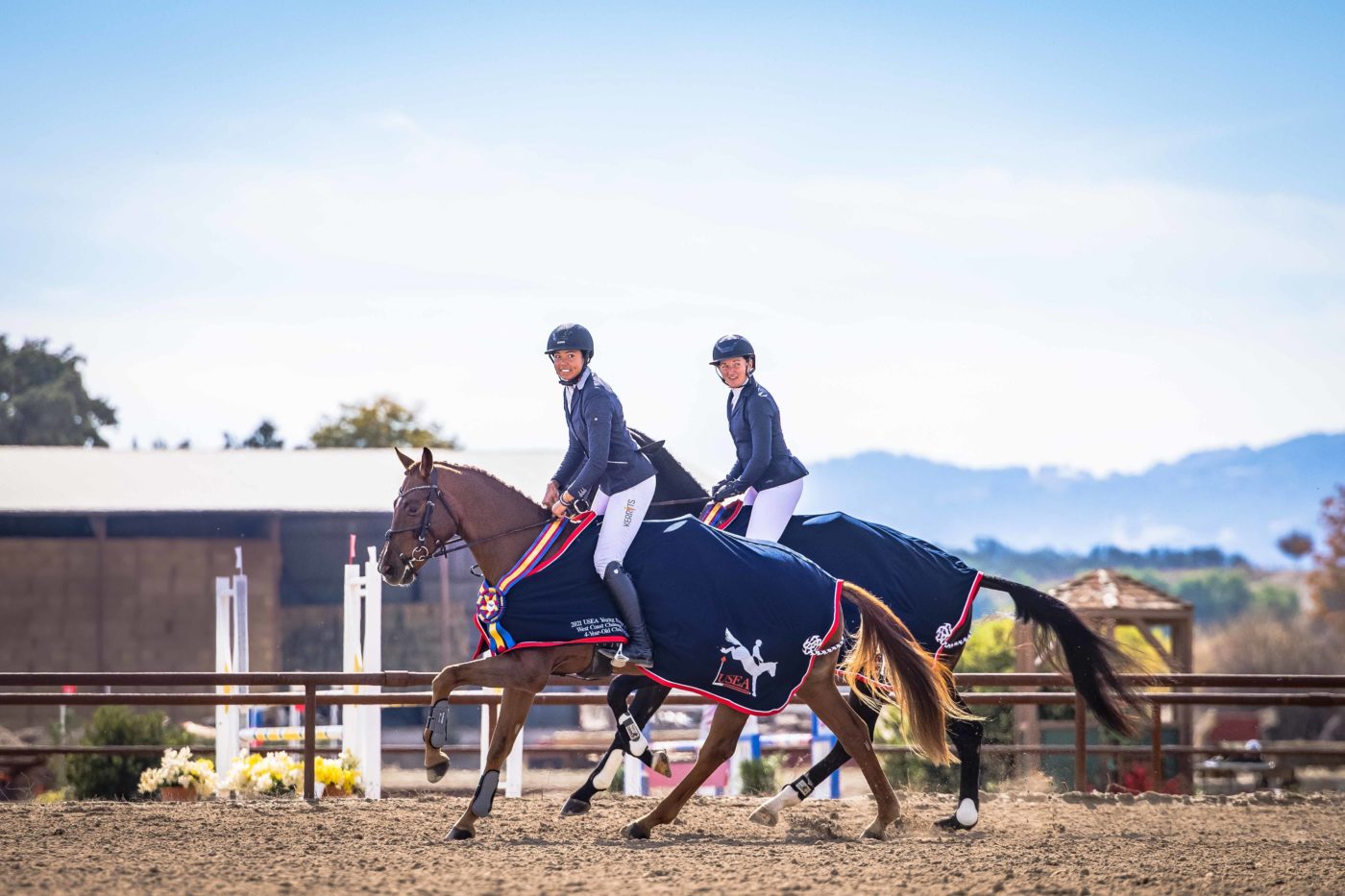 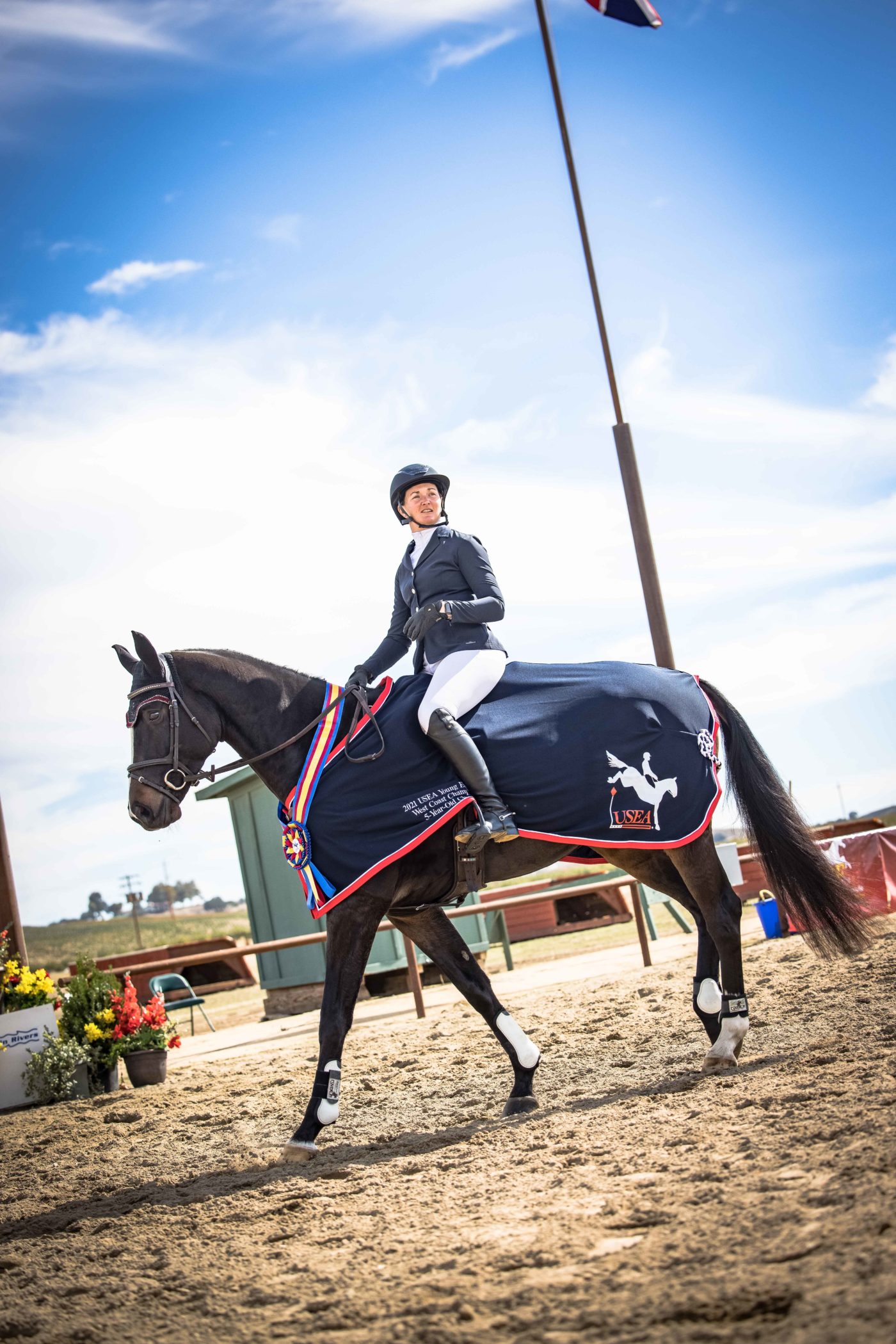 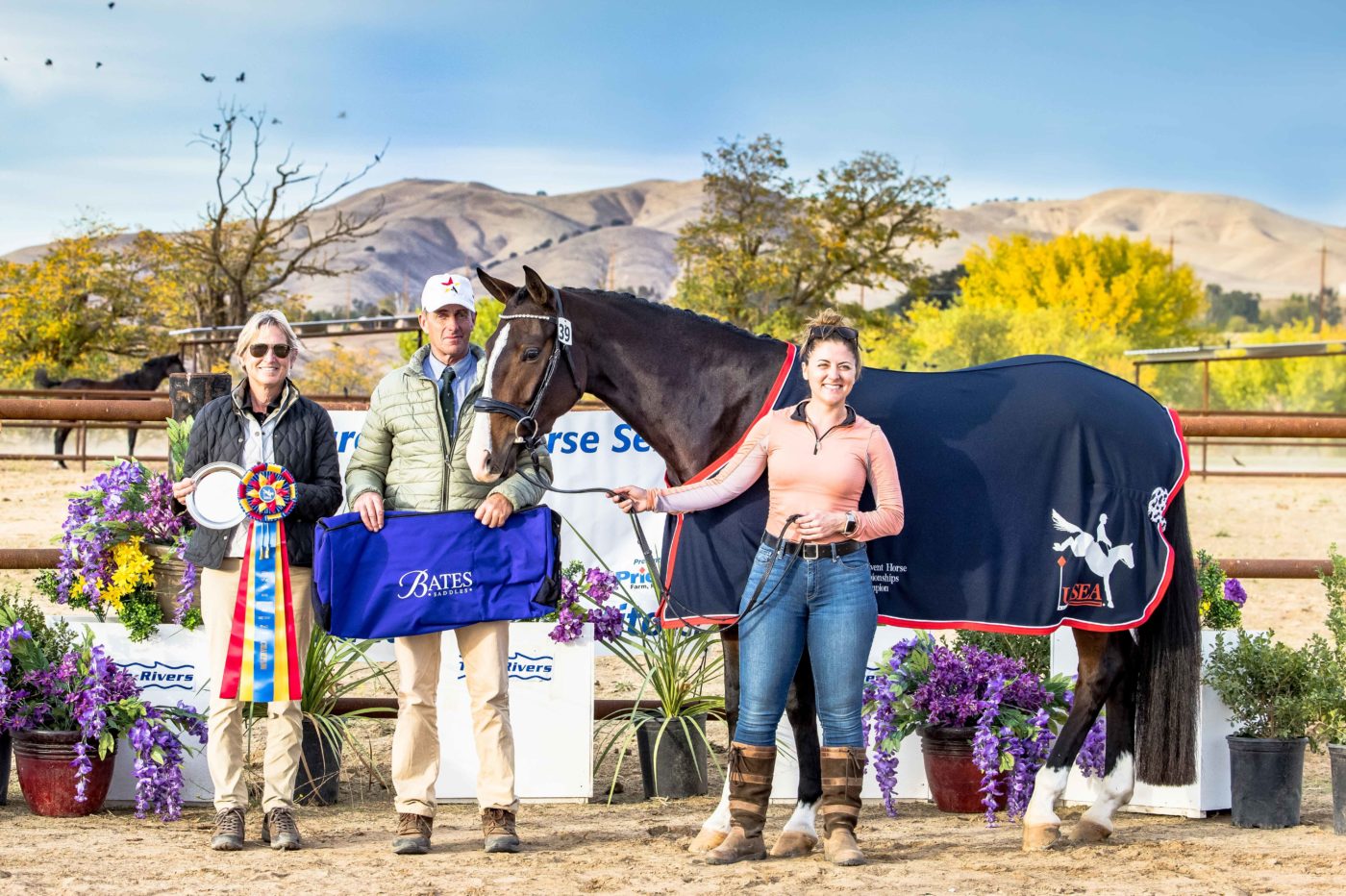 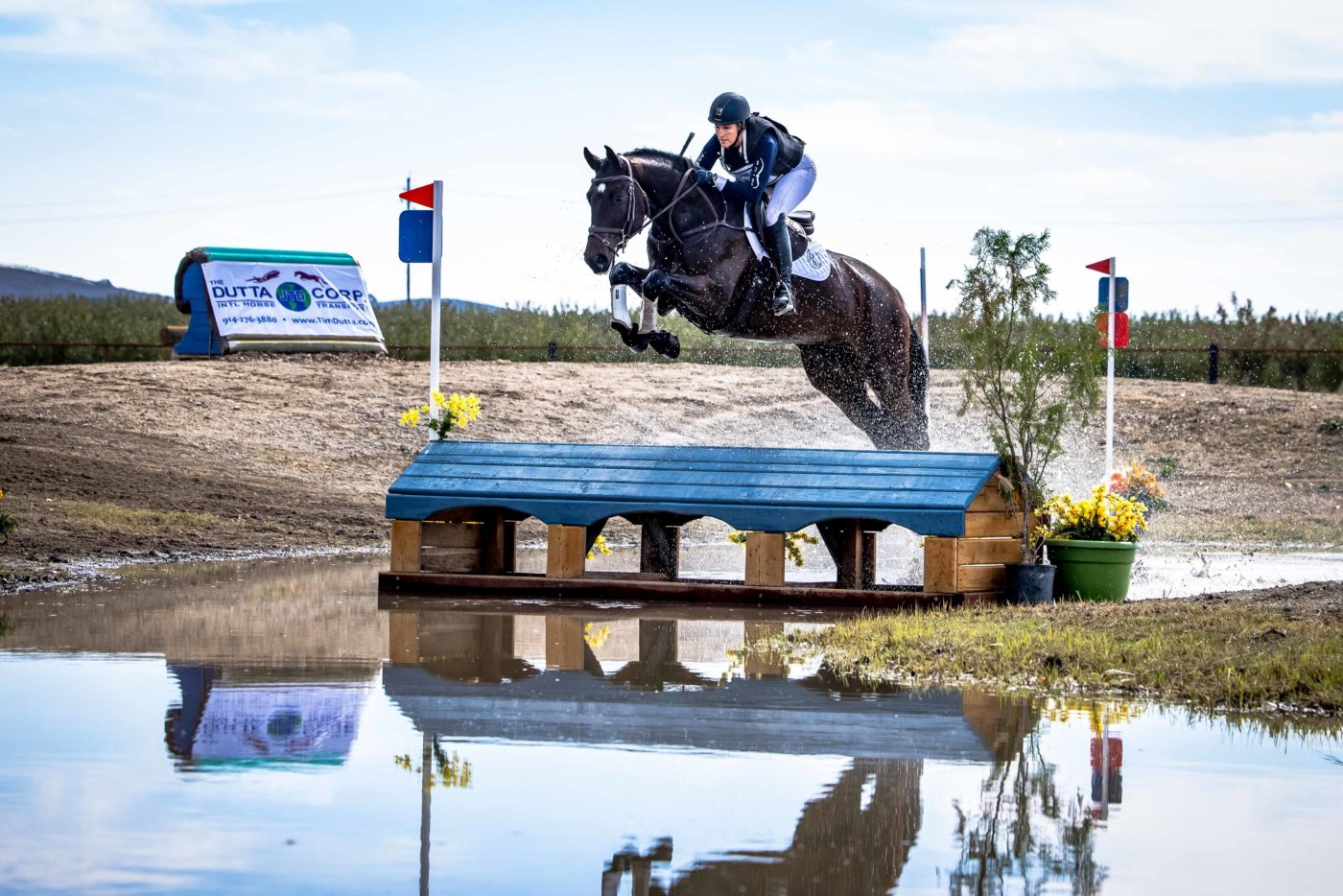 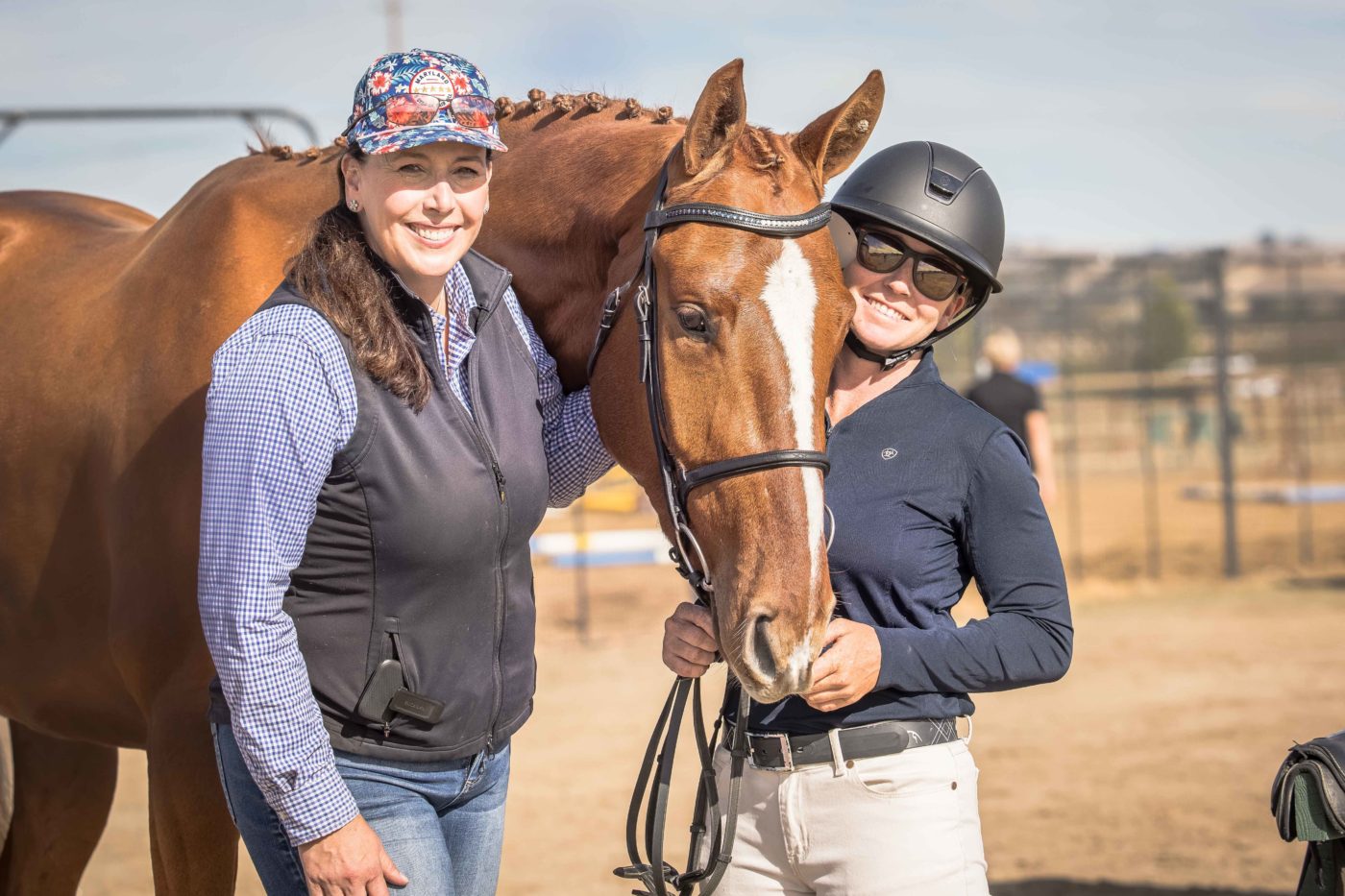 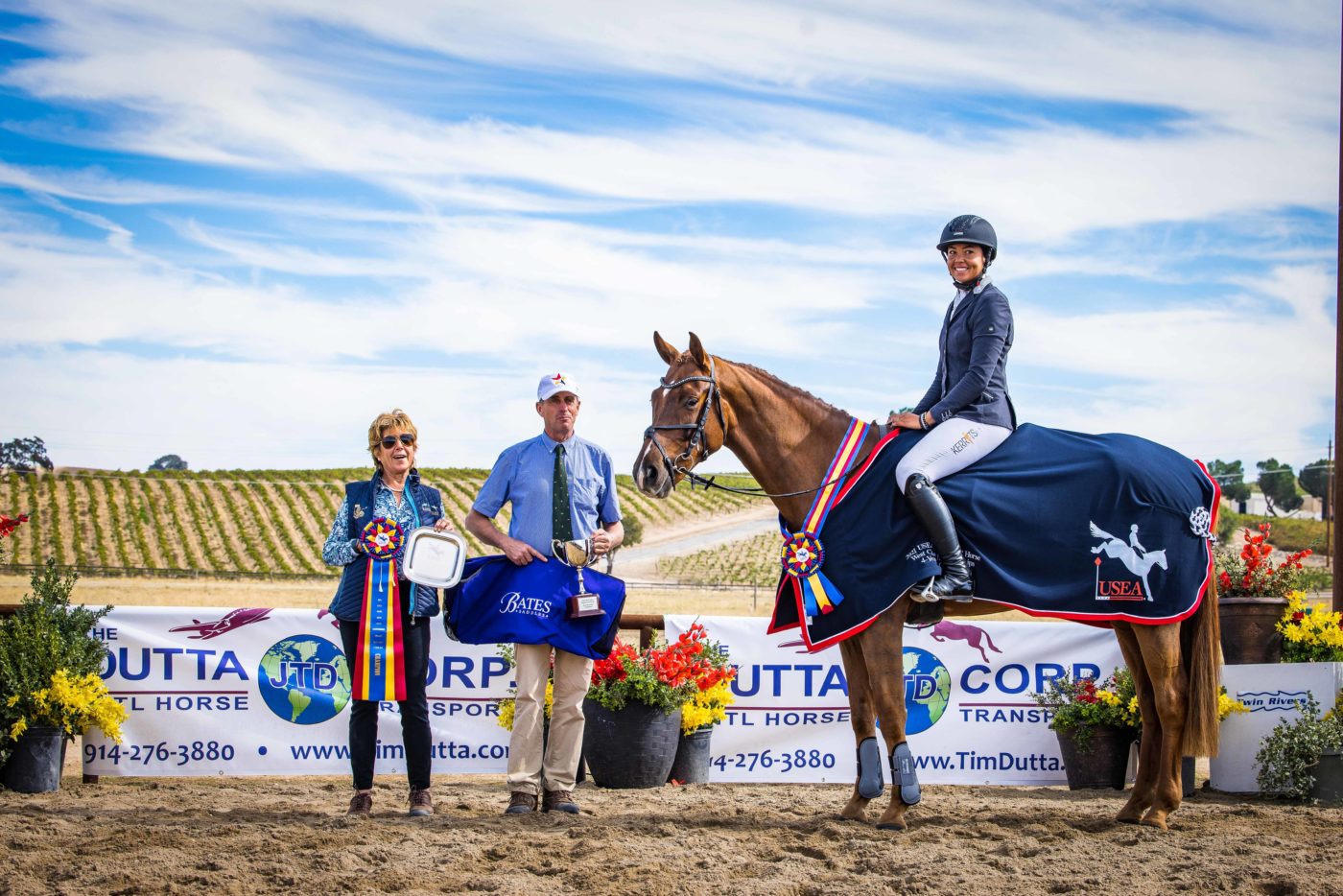 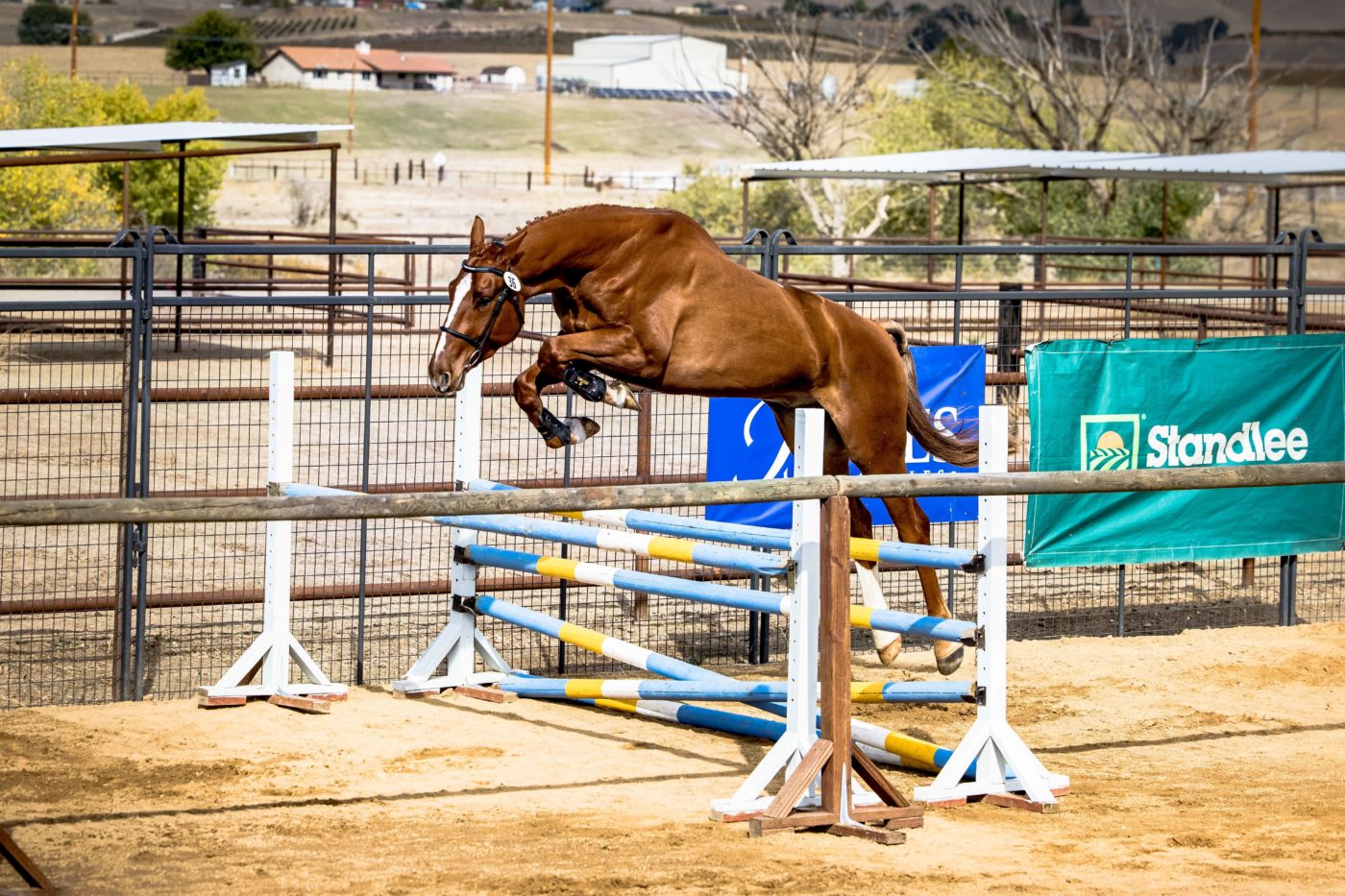