While the leaderboard is looking very different following the cross-country phase of the Adequan USEA Gold Cup CIC3* at the Fork Horse Trials, there weren’t that many problems on Capt. Mark Phillips’ course – it was just race against the clock. Cross-country master, Phillip Dutton, showed his prowess to shave off the seconds and sits in first, third, and fourth in the division serving as the FEI World Equestrian Games test event.

Dutton’s fastest round of his trio was Z, a 10-year-old Zangersheide gelding (Bellabouche x Babouche VH Gehucht Z) owned by Tom Tierney, Simon Roosevelt, Suzanne Lacy, Anne Jones, and Caroline Moran. While Z crossed the finish line one second too slow, it was still fast enough to catapult him from seventh to first.

“The goal was to step things up a little bit from what I’ve been doing, as far as speed goes, but keeping him within himself,” said Dutton. “The course in general rode well. Because of the golf course terrain you’re working all the time with the blinds and the different ups and down, but he’s a bit of a freak of a horse, so it was pretty fun going along!”

Z had competed through the CCI* level in Europe, before Dutton took over the ride in 2015 and has been bringing him up the ranks. “He just loves to jump,” Dutton said of Z. “He’s just getting better and better. It’s kind of fun to be a part of his, hopefully, long career.”

On cross-country Dutton described Z as “Point and shoot. He just looks for the flags. You can meet the jumps on an open ride, or if you need to add he’ll add. He turns on a dime. He’s as good as I’ve ever had.”

Z is targeting his first CCI4* at Kentucky later this month and Dutton said that all is on track. “Fitness-wise he’s good. He’s on target. I was pleased with the way he settled yesterday because that’s our weakest part, the tension. That was kind of a bit of a load off my mind because the first run I had with him at Carolina he was really wound up. We’ll do the dressage and show jumping at Fair Hill next weekend just to get him in the ring one more time. You never know until you get to a four-star whether they’re a four-star horse, but so far he’s showing everything I could ever hope for.”

Today’s cross-country course was run on what will be just a part of the WEG cross-country course as horses will make their way from the White Oak Property to the main Tryon International Equestrian Center(TIEC) facility to finish in the 20,000 seat stadium to be constructed on what is now the derby field. So Capt. Phillips’ course only gave a taste of what is to come.

“I think it showed today with quite a straight-forward course that the time is going to be hard to get,” said Dutton. “That’s going to be the first seven minutes, then you have to cross over the hill [to return to TIEC]. I think your horse is going to need to be fit. A rideable horse with this kind of terrain, you want to be able to ride through this terrain and not have to be shortening up and helping your horse, you want a nice, balanced, rideable horse. I think it’s going to be a good test.”

With three great rides today, who may we see Dutton on in September? “The horses usually work it out for you. I’ll just try and get the best out of all of them and see where it ends up.”

Sandwiched between Dutton on the placings is Jordán Linstedt who added just 3.2 time penalties to move up from fourth to second. “He felt fantastic from beginning to end,” said Linstedt of Revitavet Capato, the 15-year-old Hanoverian gelding (Contendro I x Annabelle) owned by Jordán and Barbara Linstedt. “I hadn’t gone fast at Carolina. It was as slow as I’d ever gone on him, for multiple reasons, but here I went out to go pretty quick, and he was great. I kind of slowed up a little at the end because it was feeling almost a little too easy, and I needed to check in with him, but he was great.”

“This was my third time going around the track – I was here last year for the Fork and again for the AEC,” continued Linstedt. “It was kind of similar, so it was kind of helpful to have gone out and done some of the questions, although it’s always different.”

Linstedt doesn’t have a rail in hand over third-placed I’m Sew Ready, Kristine and John Norton’s 14-year-old KWPN gelding (Lupicor x Jarda), so will have to leave all the rails in their cups. “Stadium is kind of my weakest link with him, so my plan is to go in and jump a good round,” said Linstedt. “He’s such a big-moving horse that I tend to kind of either go a bit too forward or a bit too back, so just a really smooth round, and hopefully he jumps well.”

Watch the CIC3* water complex thanks to RNS Video Media.

Only three pairs made time in the CIC3* – Katherine Coleman and KC Eventing’s Longwood, a 16-year-old Irish Sport Horse gelding (Limmerick x Cavale De Or) moved up 14 spots with her round and Tim Bourke and Luckaun Quality, a 13-year-old Irish Sport Horse gelding (Obos Quality x Cavalier Royale) rose 14 spots to 13th place. Colleen Rutledge and Covert Rights, a 12-year-old Thoroughbred/Clydesdale gelding (BFF Incognito x Let’s Get It Right) also made the optimum time, but incurred 50 penalties for missing a flag at fence 12, the Sandy Plains Corners. The Corners would prove to be the bogie fence for both the CIC3* and Advanced as all problems occurred there except for Sam Elsenaar and Banbury Sky who retired at the skinny at 5b.

Like the CIC3*, the Advanced A and B (both serving as Adequan USEA Gold Cup qualifying divisions) had a lot of leaderboard movement thanks to time penalties. Whitney Mahloch and Military Mind, a 12-year-old Thoroughbred gelding (Military x Smart Balance) were the fastest of the two divisions and their 2.4 time penalties moved them up from sixth to first in the A.

“It was my first time here, so I was getting to know the track a little bit,” said Mahloch. “He’s usually really great on cross-country, but he was a little bit more sticky today. I tried to ride forward; I don’t usually worry about the time too much. I usually look at my halfway point, and okay, it’s about where we are. He covers a lot of ground, and he’s pretty quick, so it’s usually not a big issue for us. The fences just come out of stride. He was quite good. Some of those tough corners, I added a little stride in there because I wanted to be really accurate and make sure we got through the flags. He’s pretty brave, and we found our way around the course.”

In the B division it was Lauren Kieffer and her longtime partner, Veronica, Team Rebecca’s 16-year-old KWPN mare (Pacific x Kimball), who ended up on top despite adding 10.6 time penalties.

“It was my first time here, so it was all new to me, but both the horses I was on were quite experienced, and they’re heading to Kentucky and Badminton, so I wanted to be quick and efficient, but it was important that they stayed rideable thinking ahead,” said Kieffer. “I think walking it you kind of felt there were a lot of gallop fences, but you actually didn’t get to just settle into a gallop with the golf course undulations, so that was really good to learn about the course.”

“I thought it rode overall quite well, and I think Mark [Phillips’ was probably luring us all into a false sense of security! There is no way it is going to ride like that in September. I think it’s important to keep that in mind. Veronica is an old pro at this point, so I’m just trying to make sure she stays rideable for her spring three-day.”

View all of the scores from the Advanced here. Show jumping gets underway at 10:00 a.m. tomorrow. 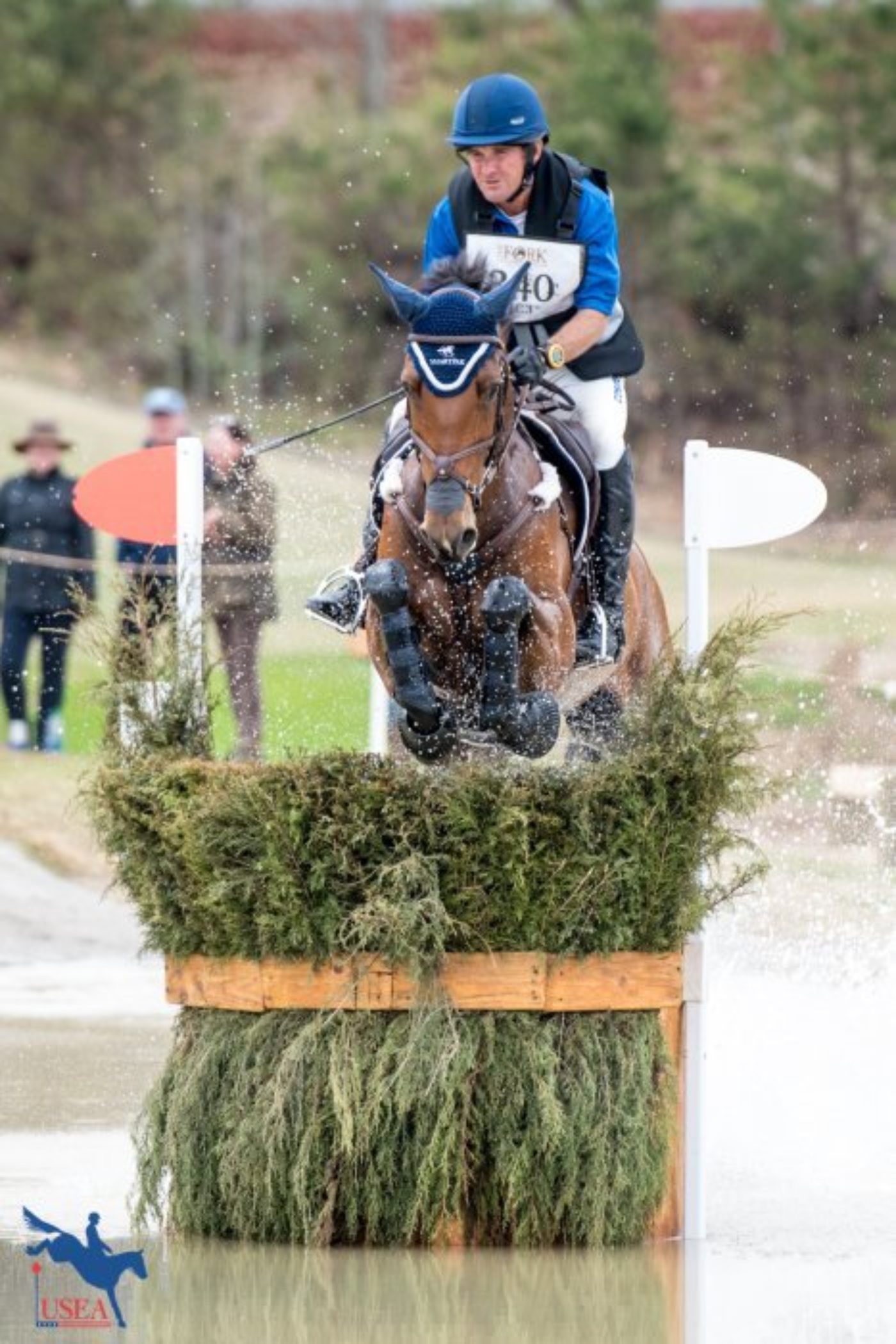 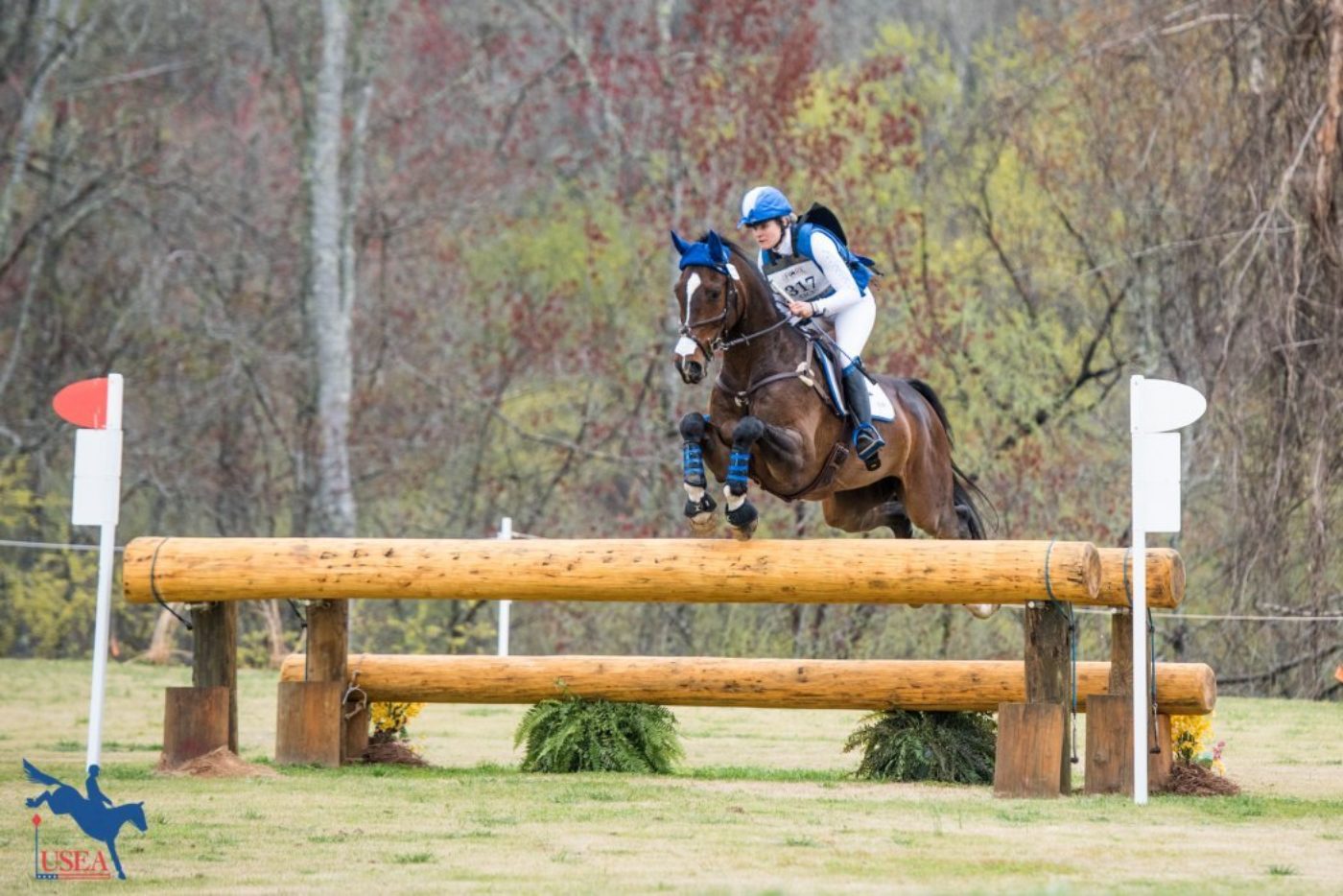 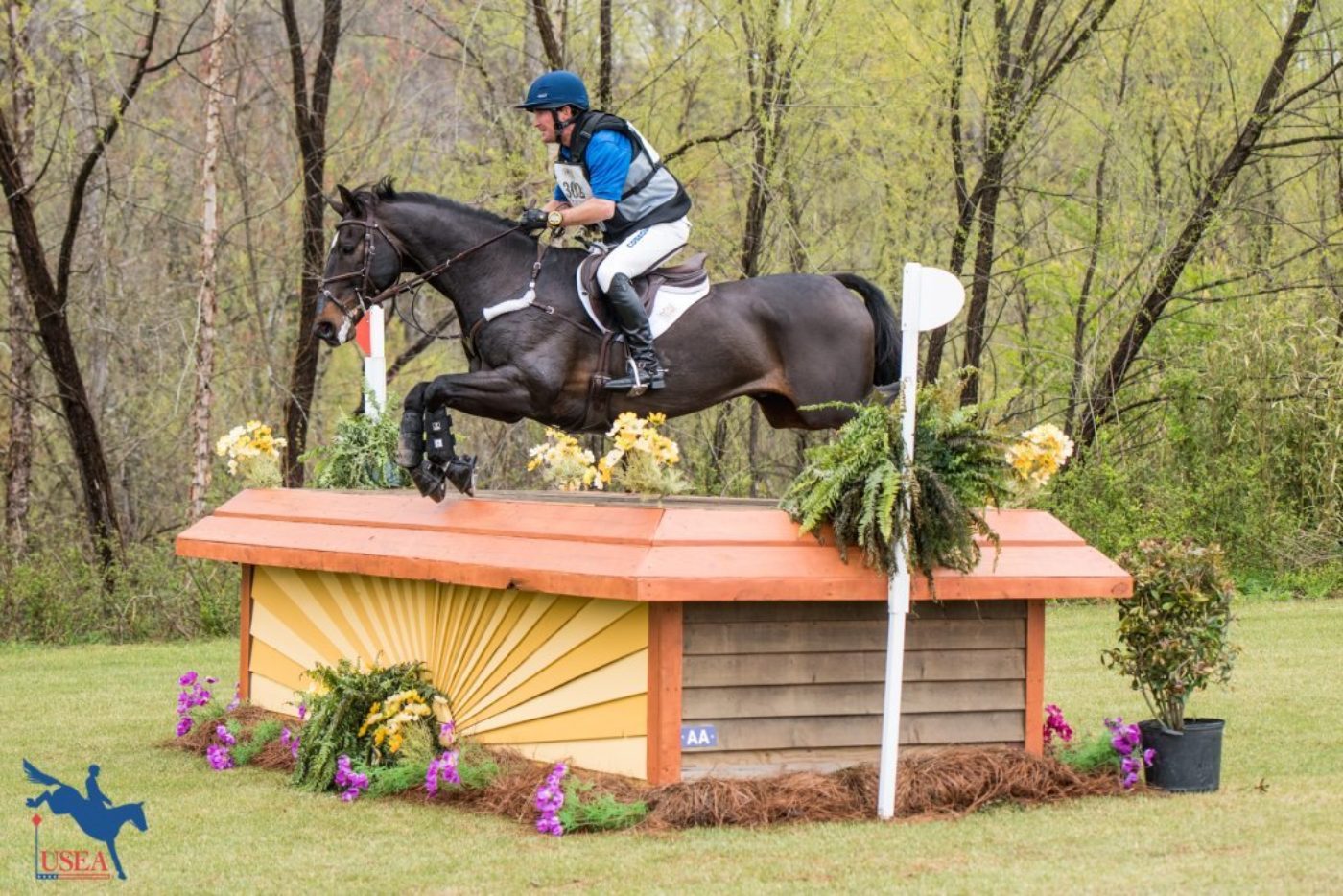 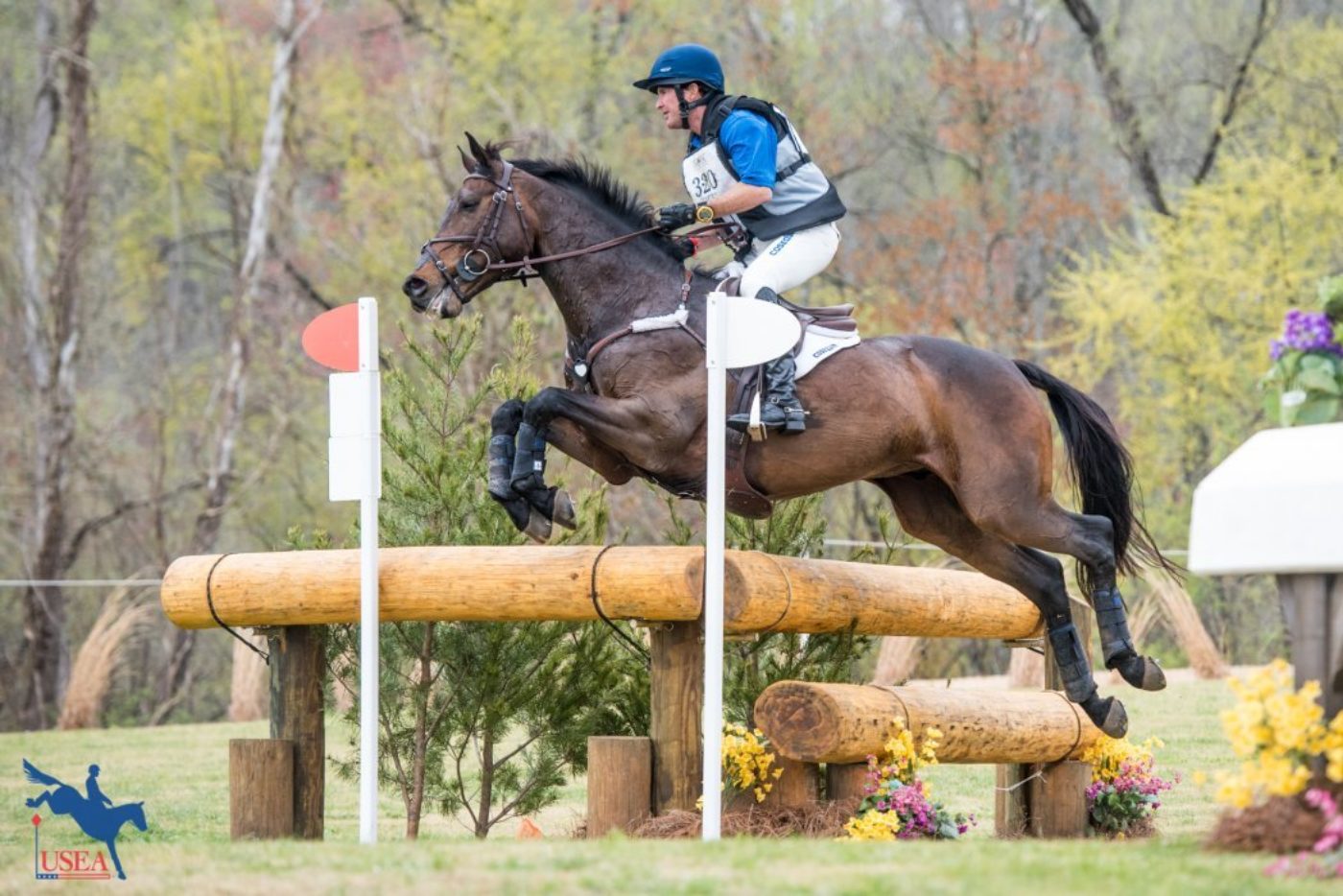 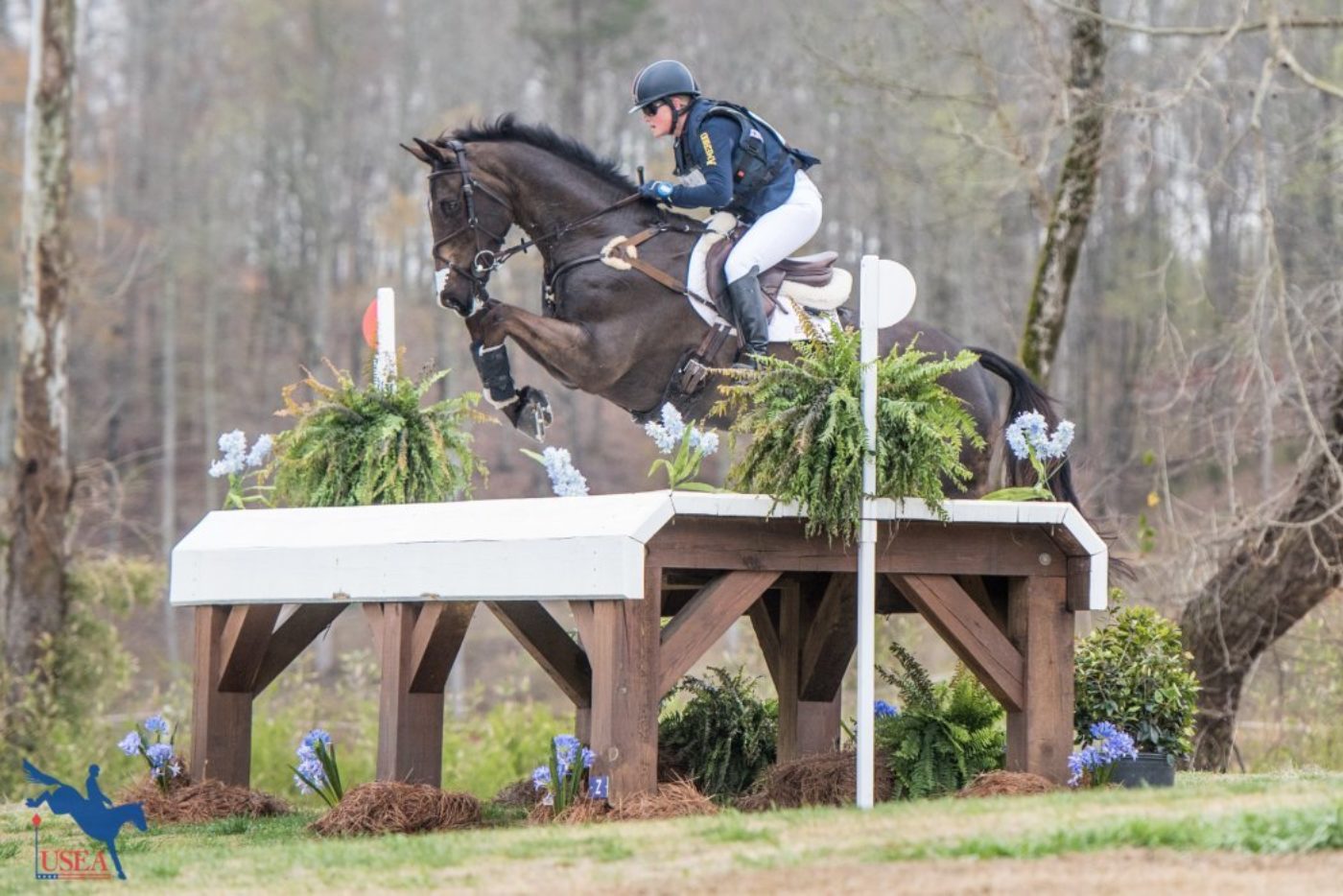 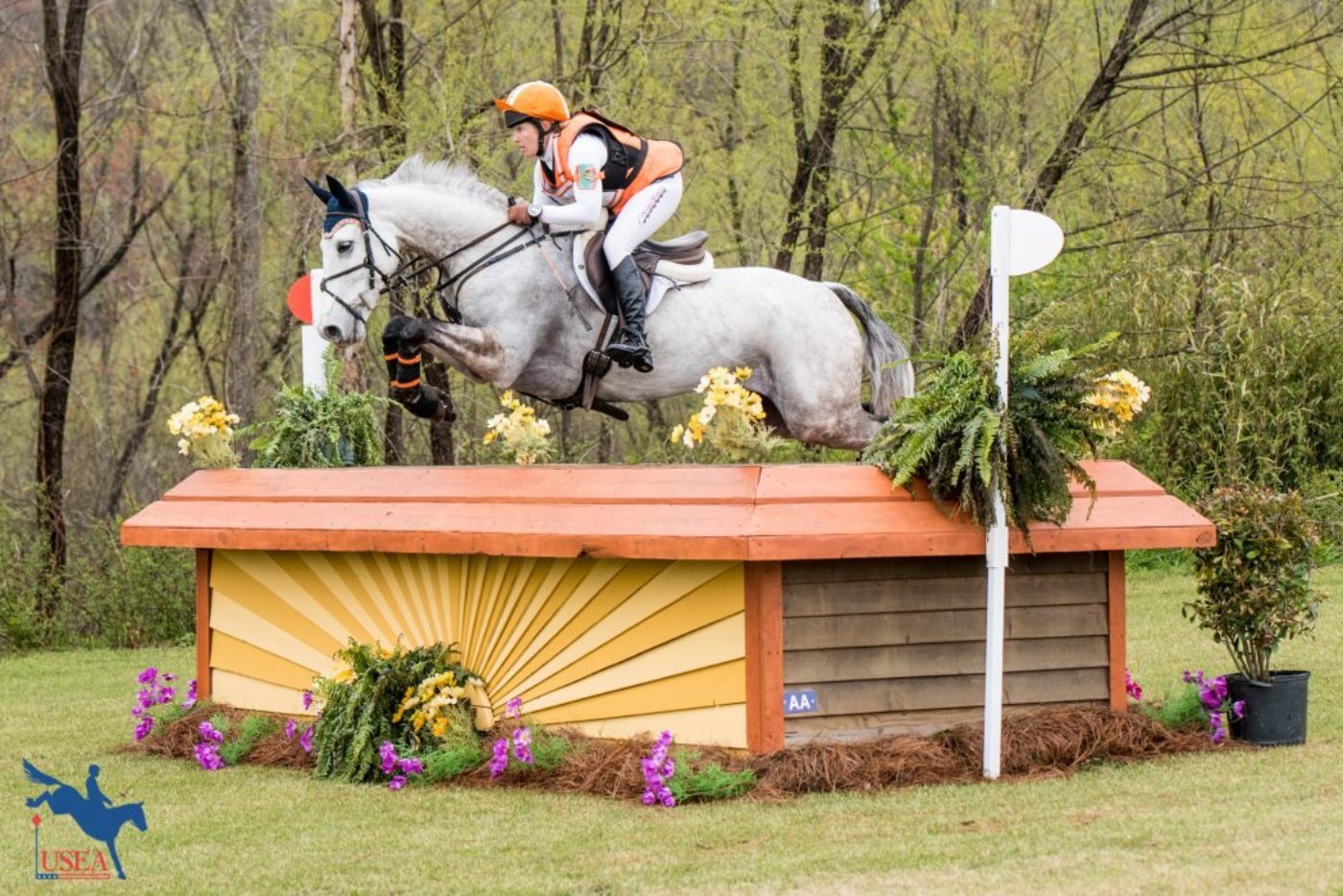 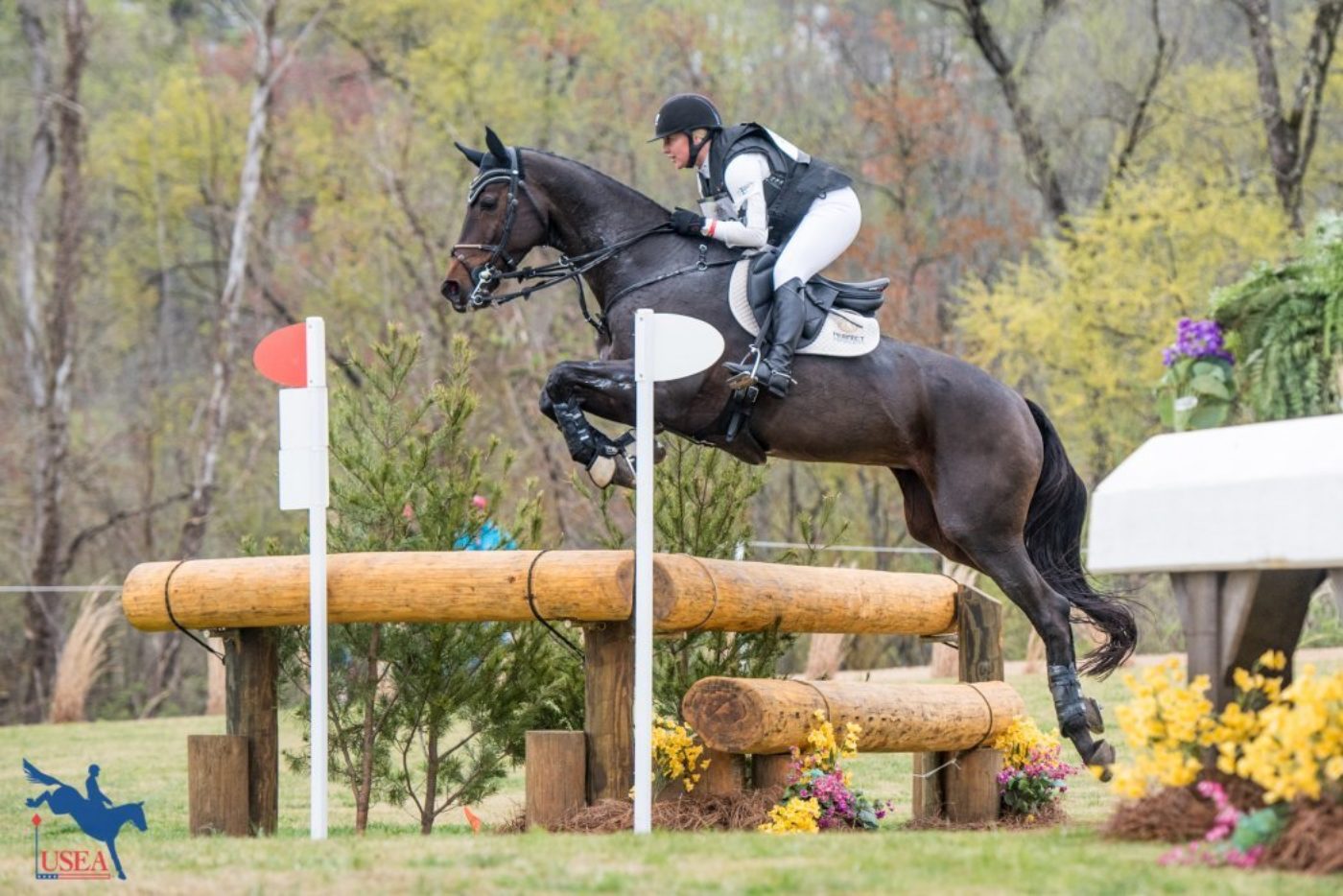 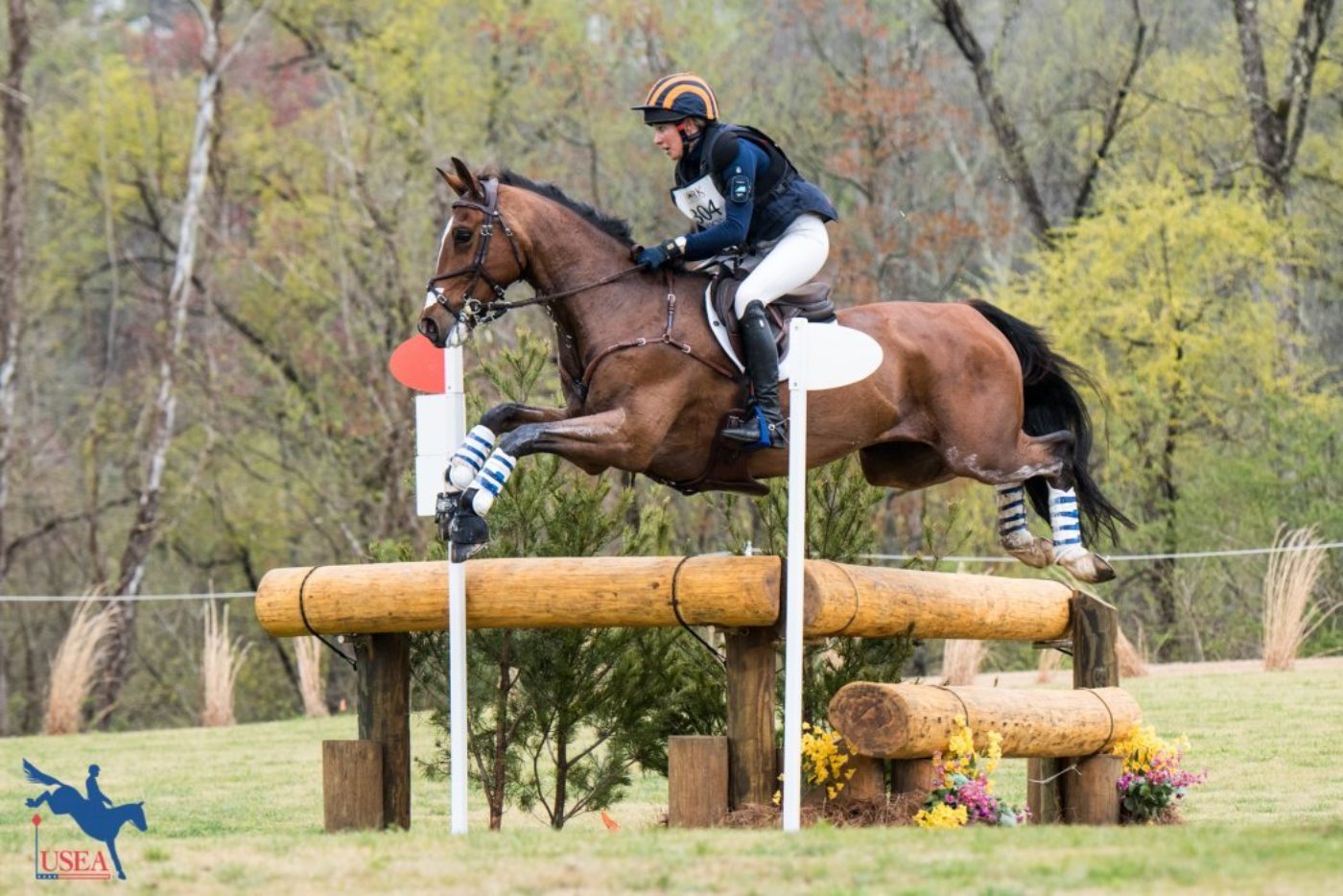 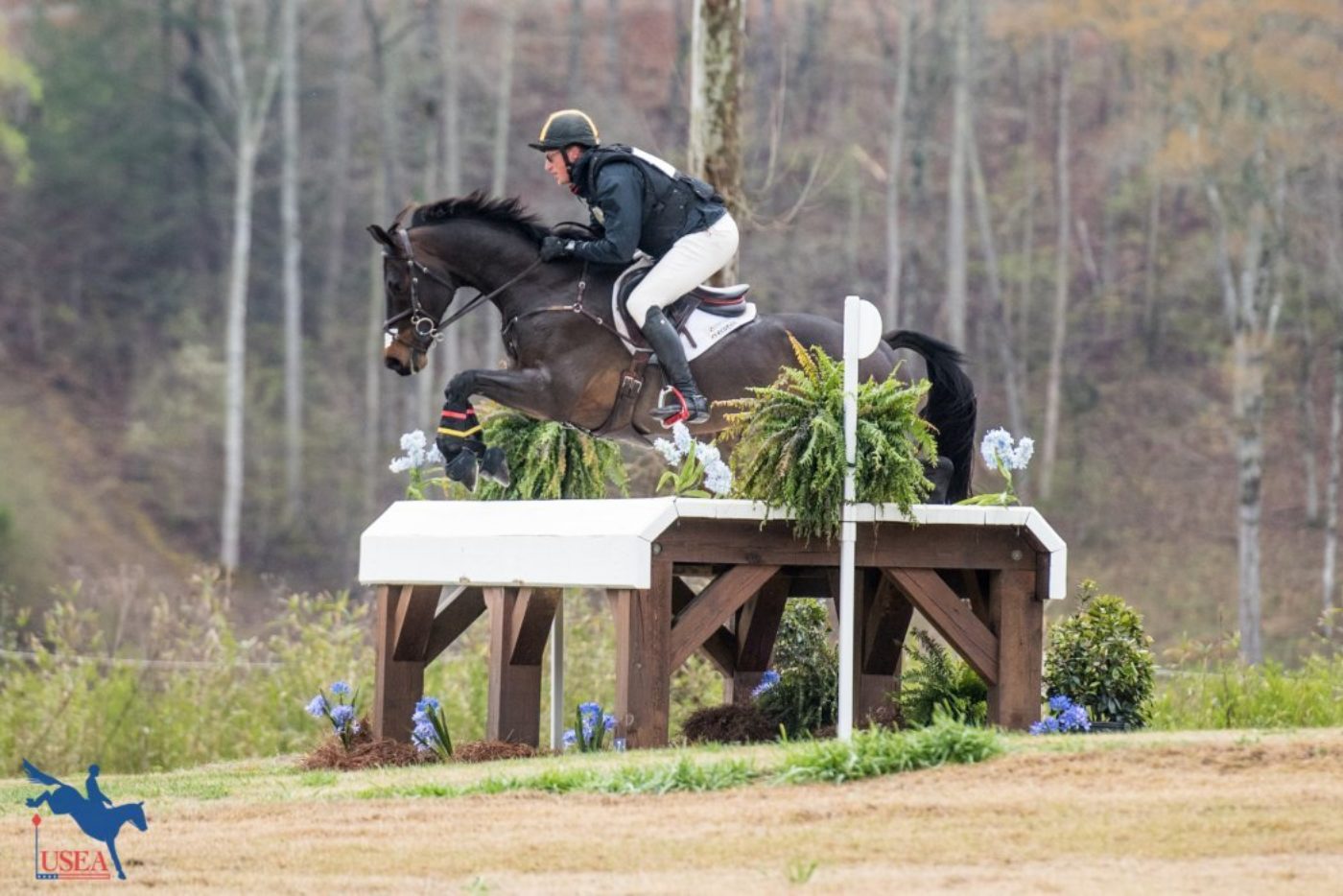 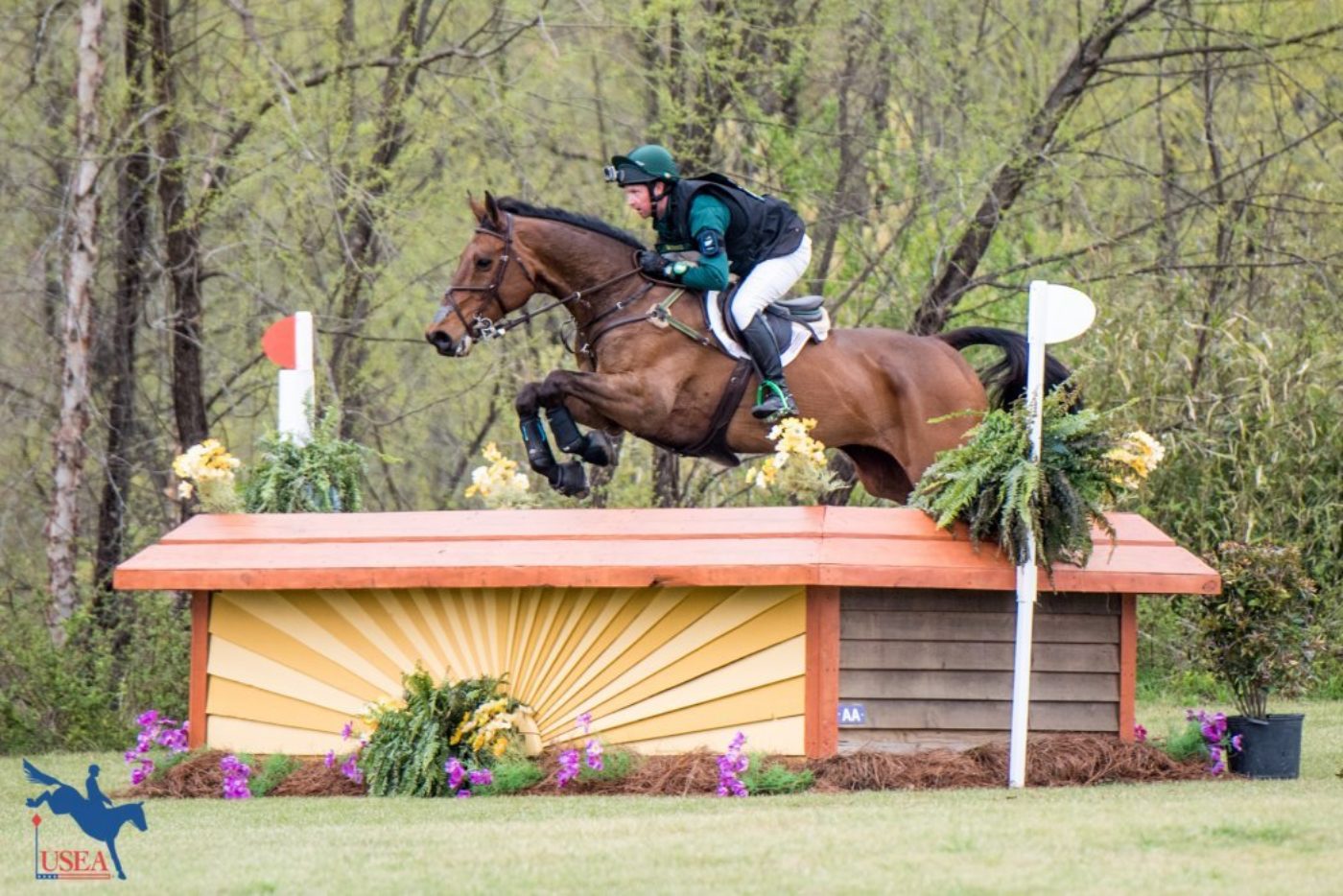 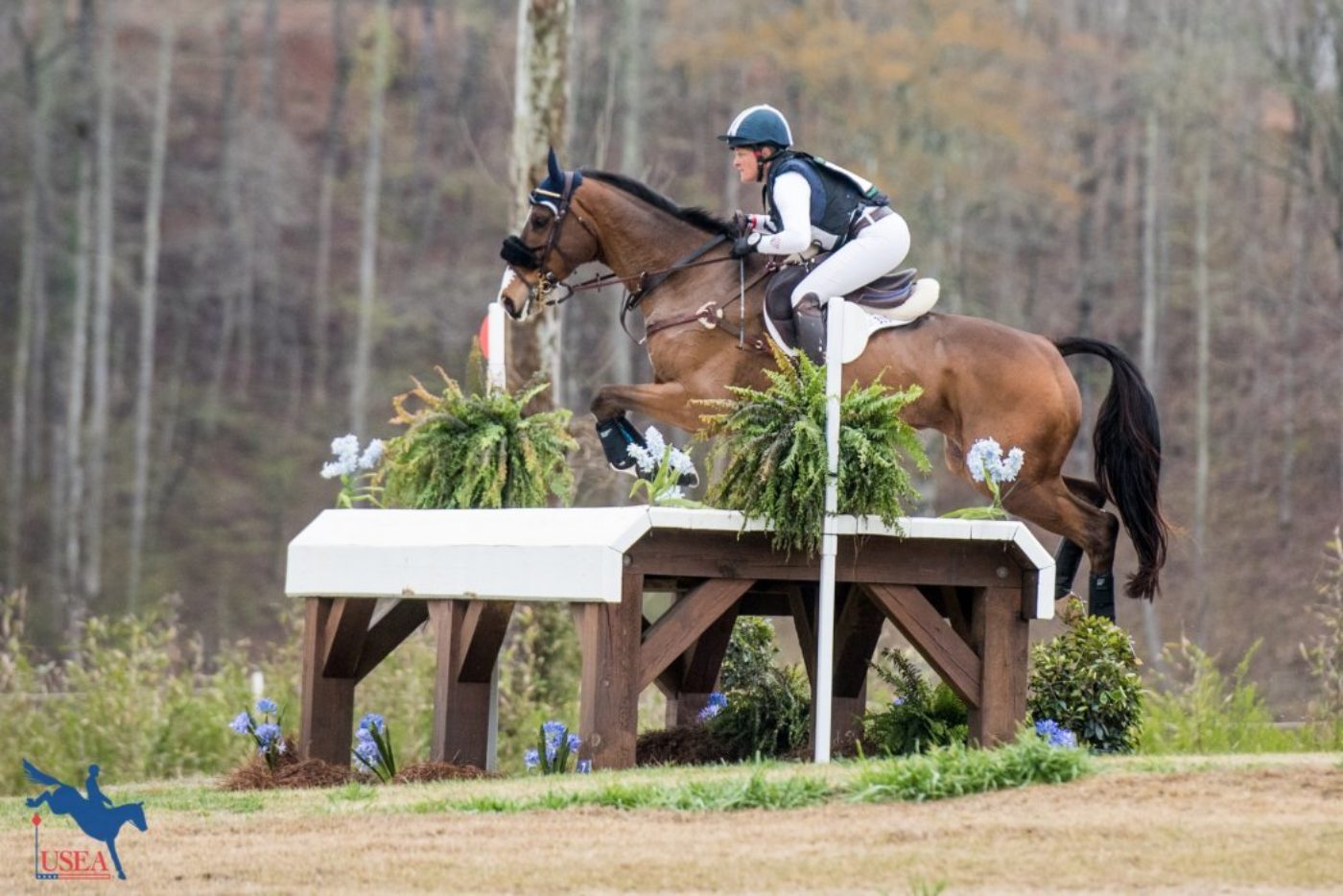