The Dutta Corp. USEA YEH East Coast 4-year-old Champions Have the Luck of the Irish

It was a cool and cloudy day at the Virginia Horse Trials in Lexington, Virginia for the first day of the 2020 Dutta Corp. USEA Young Event Horse (YEH) East Coast Championships. The Championships are being held over two days and today the focus was on the 4-year-old Championship with dressage and conformation competition in the morning and jumping in the afternoon. Due to record entries in the Championships, the 22 horses in the 4-year-old division had their own set of judges: Marilyn Payne judged dressage, Dr. Tim Holekamp judged conformation, and then Payne was joined by Phyllis Dawson to join the jumping competition.

Caroline Martin and Emil Spadone’s Irish Sport Horse gelding Redfield HSH Conner were one of the first pairs in the ring this morning and picked up the highest 4-year-old dressage score of the day – a 17.32 (out of 20) – combined with his conformation score to sit second after the dressage and conformation portion of the competition. Then “Conner” wowed the judges in the jumping phases this afternoon, picking up the highest cross-country jumping score of the day – a 28.5 (out of 30) – and securing the title of The Dutta Corp. USEA YEH East Coast 4-year-old Champion with an impressive overall score of 89.37.

Martin imported Conner from Ireland four months ago and said he has been a pleasure to work with. “He was sourced by my good friend Kelley Hutchison,” Martin explained. “She’s my agent and we’ve been working together for the past two years. He’s sired by Touchstone and he’s just a lovely creature. I couldn’t be happier with him.”

“He’s a bit quirky on the ground,” Martin described. “You can’t tie him – you have to hold him when you tack him up. In the awards ceremony, I tried to get on from the ground and he spun me off - he’s one of those, you know? But I always find that the good ones are a little bit quirky like that.”

Martin observed that, of her two horses in the 4-year-old Championship, Conner was not the one she would have expected to win. “It’s interesting at [the Championships] to see which horses ‘peak’,” she elaborated. “Last week, all of a sudden, [Conner] became super workmanlike, not spooky, very brave to the jumps. I honestly think he had a really good day.”

Conner will go out in the field until December before Martin starts legging him back up for the winter season in Ocala. The goal for next year is to qualify for the 5-year-old Championship in the spring and run either a Training/Preliminary or an easy Preliminary in late summer or early fall to prepare for the Championship.

Irish eventer Tim Bourke and Quality Collusion (OBOS Quality x KEC Sassari) finished hot on Martin and Conner’s heels on an overall score of 87.92 to be named The Dutta Corp. USEA YEH East Coast 4-year-old Reserve Champion, earning one of three general impression scores of 9.5 (out of 10) and also taking home the award for best 4-year-old gallop as determined by Payne and Dawson. The 4-year-old with the best gallop score is presented with a crystal trophy vase and a check for $250 by Stillwater Farm in loving memory of Donald Trotter.

Bourke described “Pico” as “the most saintly horse you could ever come across.” Similar to Martin’s story of how she sourced Conner, Pico came over from Ireland this summer with help from Bourke’s friend Jonathan Reape. “He’s by OBOS Quality and bred by the Kennedys, the people that own OBOS Quality, so he’s a homebred of theirs,” Bourke said.

Bourke is not actually Pico’s regular jockey – he explained that his wife, Marley Stone Bourke, and his working students do most of Pico’s training. Bourke admitted that he’s probably only ridden Pico maybe 10 times. “He’s brilliant for them,” he said. “One of the girls in the barn, Lisa Takada, took him to a qualifier because I was away at a clinic. He’s just that type – anyone can ride him. He’s so simple and so good. This was the fifth time he’s been in a trailer since he got here.”

The Quality prefix is Bourke’s, born as an homage of sorts to Bourke’s first five-star horse, Luckaun Quality, who incidentally was also sired by OBOS Quality. “To be honest, it’s just good advertising,” said Bourke. “Anything that we get, we put ‘Quality’ on as the prefix. Most of what we have has come from my friend Jonathan and it’s nice having someone you can trust to send you the right type of horses. The proof is in the results.”

As much as Bourke would love to keep Pico in his barn, he said that’s not a certainty. “It is a business,” he said. “We’ll have to see what happens. I’d love to keep him and I have some really good owners that may want to step in and own part of him with me. You usually end up selling the best ones and keeping the hard ones, and he’s probably one of the easiest ones I’ve ever ridden.”

The top three in the 4-year-old Championship was rounded out by Daniel Clasing and his own Butts Arthur (Graf Top x Heraldik's Angara) a Warmblood gelding. Clasing and Butts Arthur finished on a final score of 84.76.

While the 4-year-olds were busy completing their championship competition today, the 5-year-old class spent the whole day dancing in the sandbox. Fifty-four horses came forward this year for the 5-year-old Championship and after the first phases of competition, it’s Martin sitting at the top of the leaderboard with Redfield King, a Warmblood gelding of unknown breeding owned by HX Group Redfield Kings, and Redfield Galway Blake, an Irish Sport Horse gelding of unknown breeding owned by Emil Spadone. The two horses sit in the top two spots overnight on 26.02 and 25.67, respectively.

Martin works regularly with Emil Spadone and Paul Hendrix, who breeds and sources horses in Holland and Europe. “I try to have people on each continent and keep an eye on everything because you don’t want to miss out on a good young horse,” she said. “Paul has been breeding more, bloodier event horses for me and he owns a share of Redfield King. Emil owns a share, Gayle Davis owns a share, and they gave me a share. We have one or two shares left!”

“He’s quite special,” described Martin. At almost 18 hands, the gelding has a commanding presence that impressed Debbie Adams, dressage judge for the 5-year-olds. She awarded Redfield King a dressage score of 17.96 (out of 20), the highest of the day for both age groups. Martin tried him while in Holland last year. “He’d only jumped once before I tried him. I sent video to a couple of people who told me not to buy him but Paul flew him over for me . . . I just fell in love with him.”

Martin said to look out for King tomorrow in the jumping phases. “Cross-country is the easiest part for him,” she said. “He’s a freak!”

Jumping competition for the 5-year-old Championship will take place all day tomorrow on the Virginia Horse Center’s “Oak Hill” side of the property over the combined show jumping and cross-country course unique to the YEH competition.

Full scores from today’s competition can be found here. Ride times for tomorrow are available here. 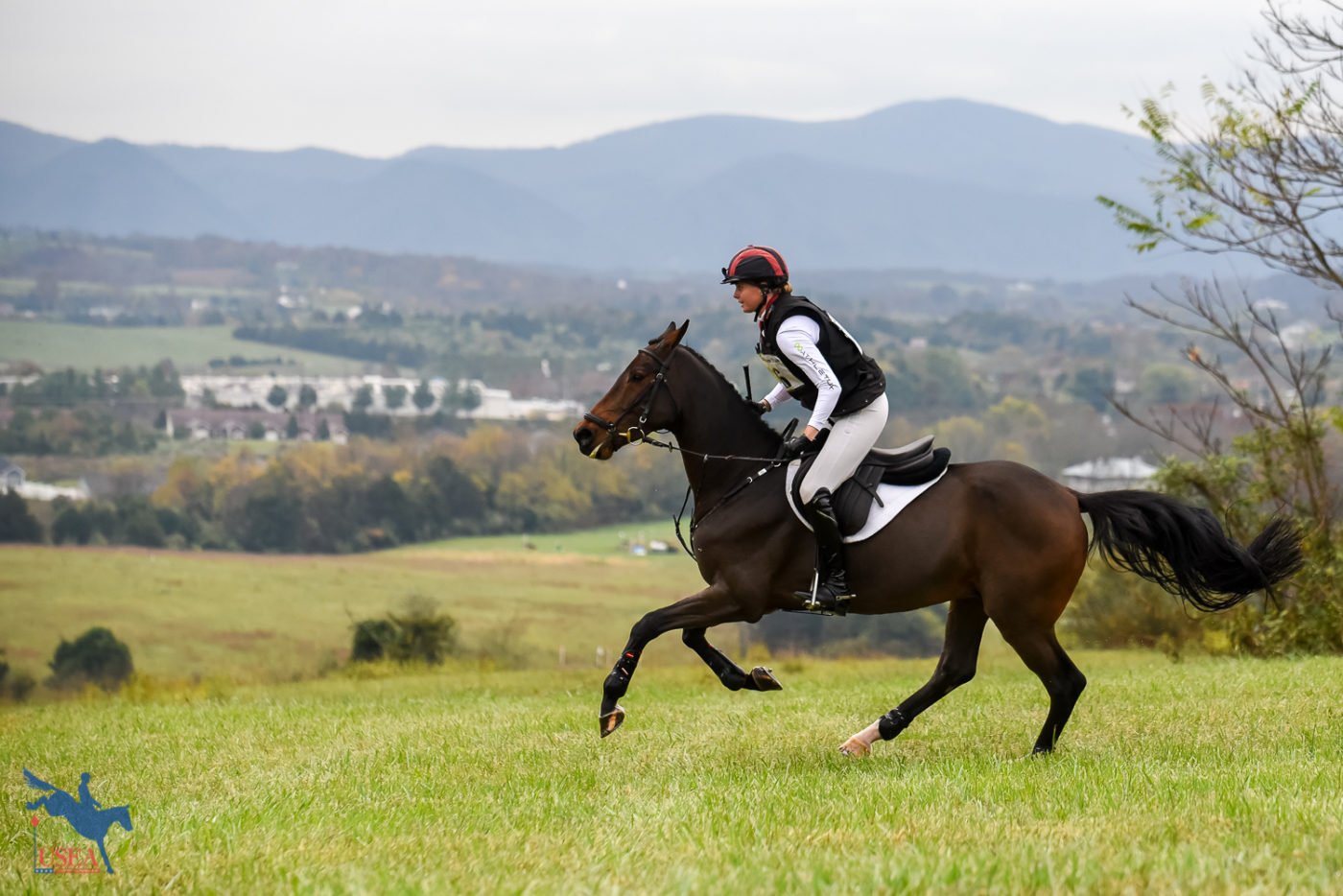 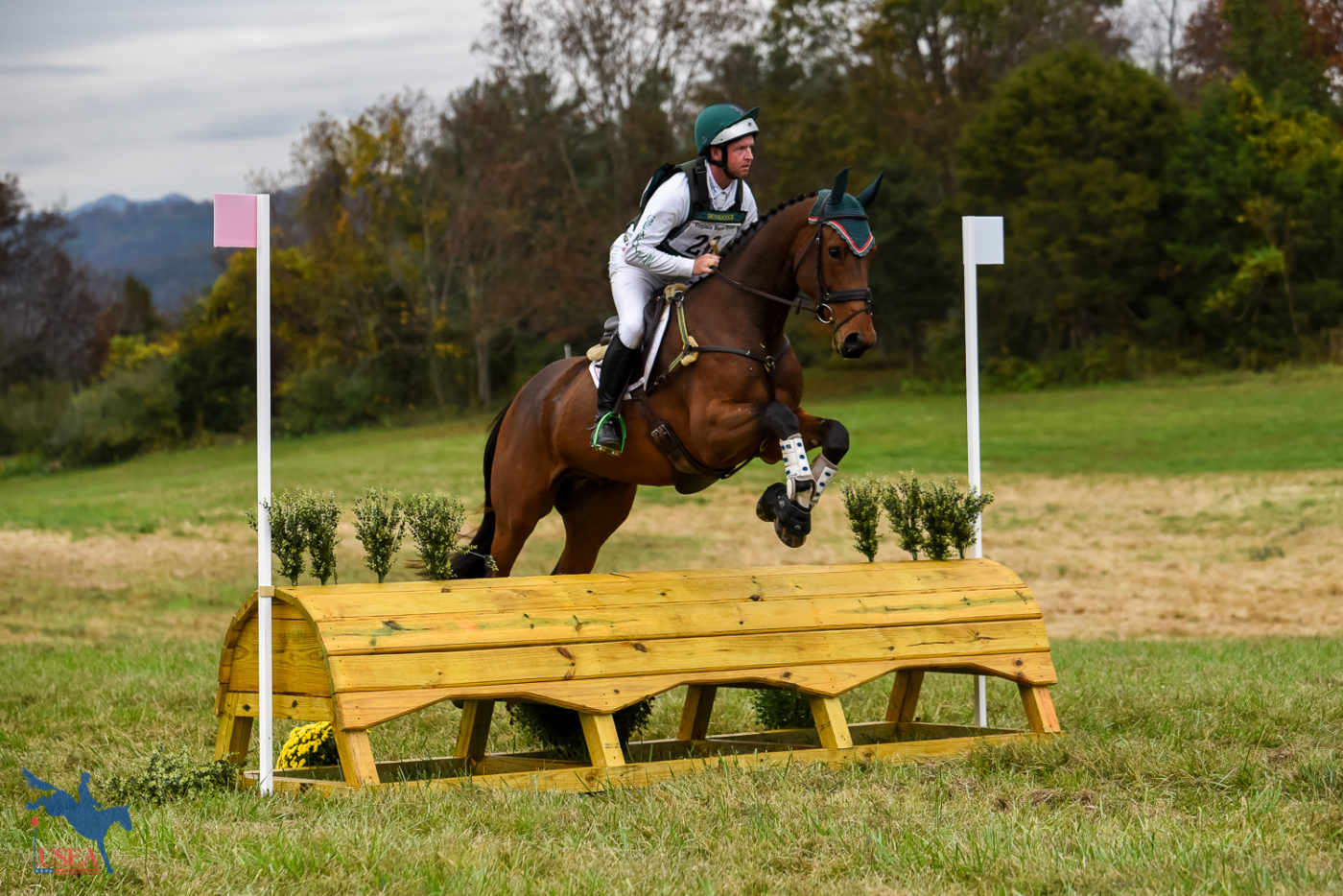 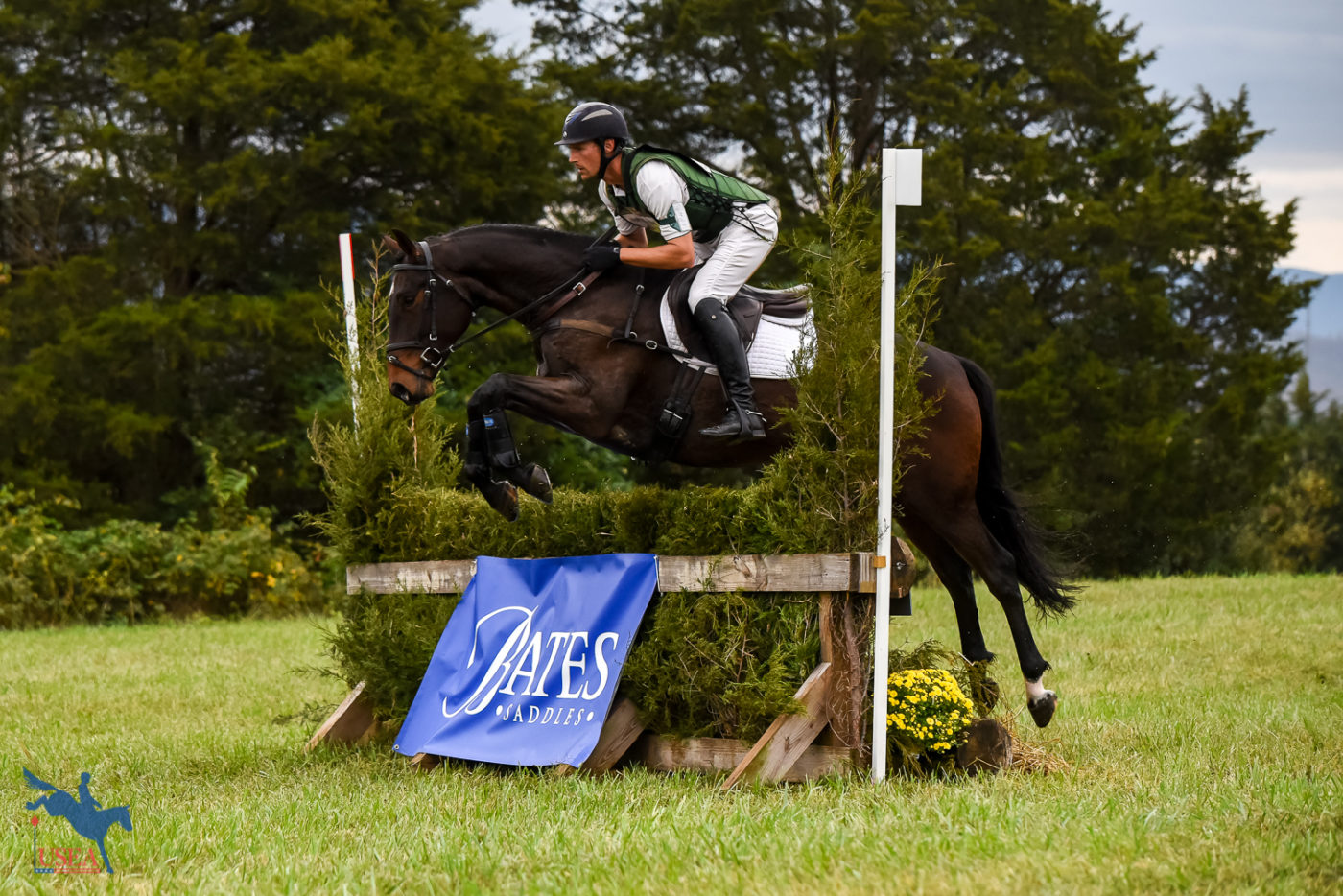 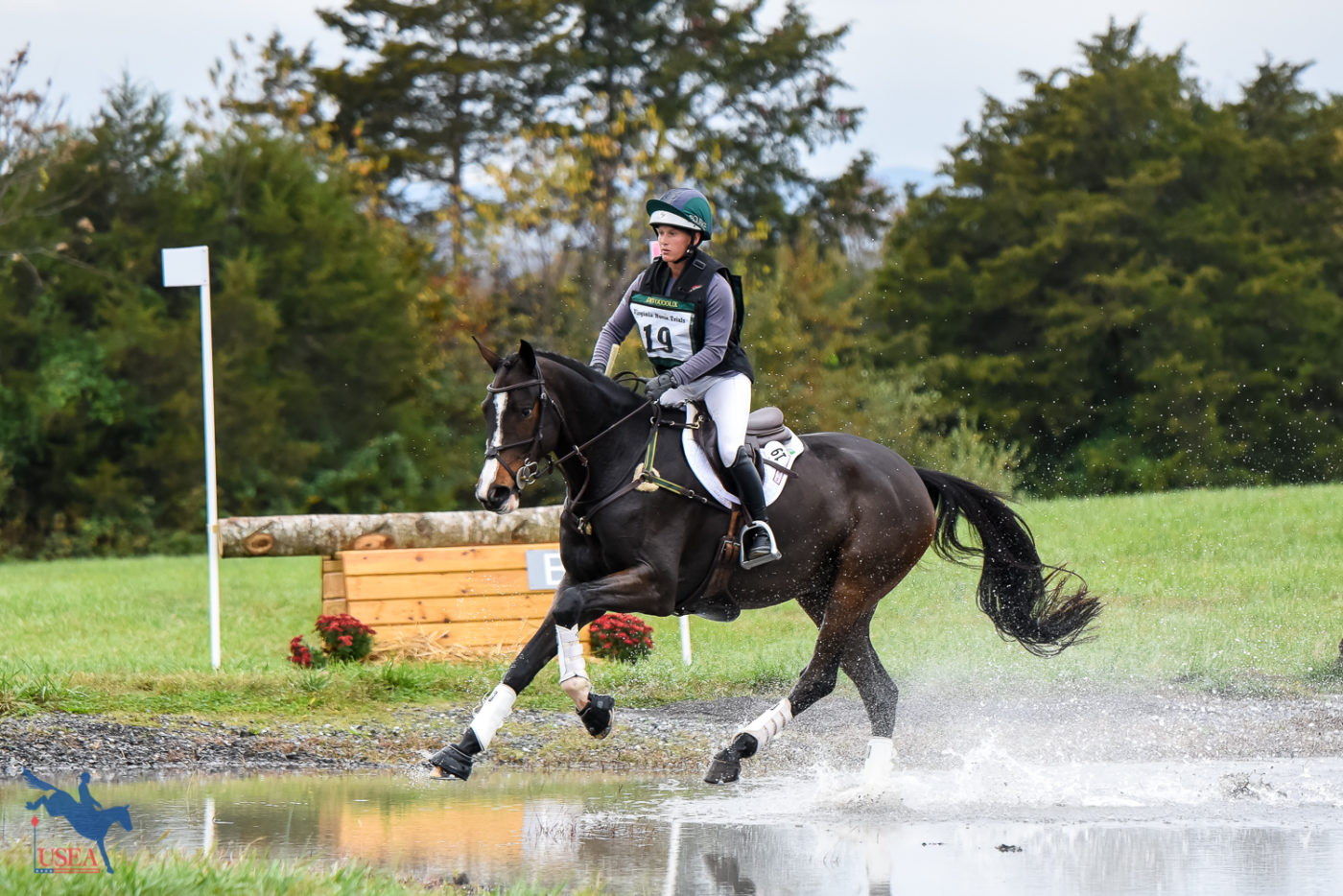 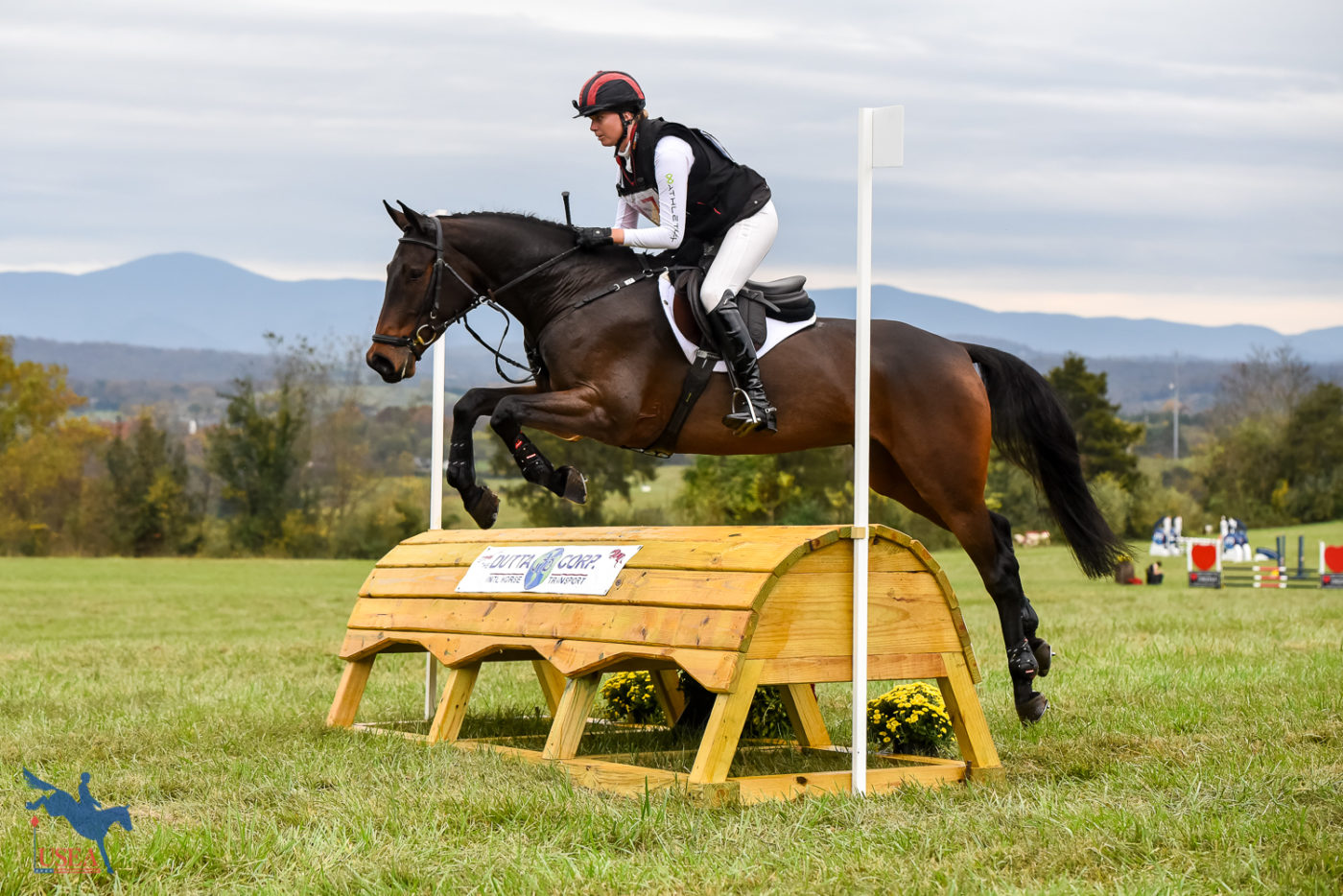 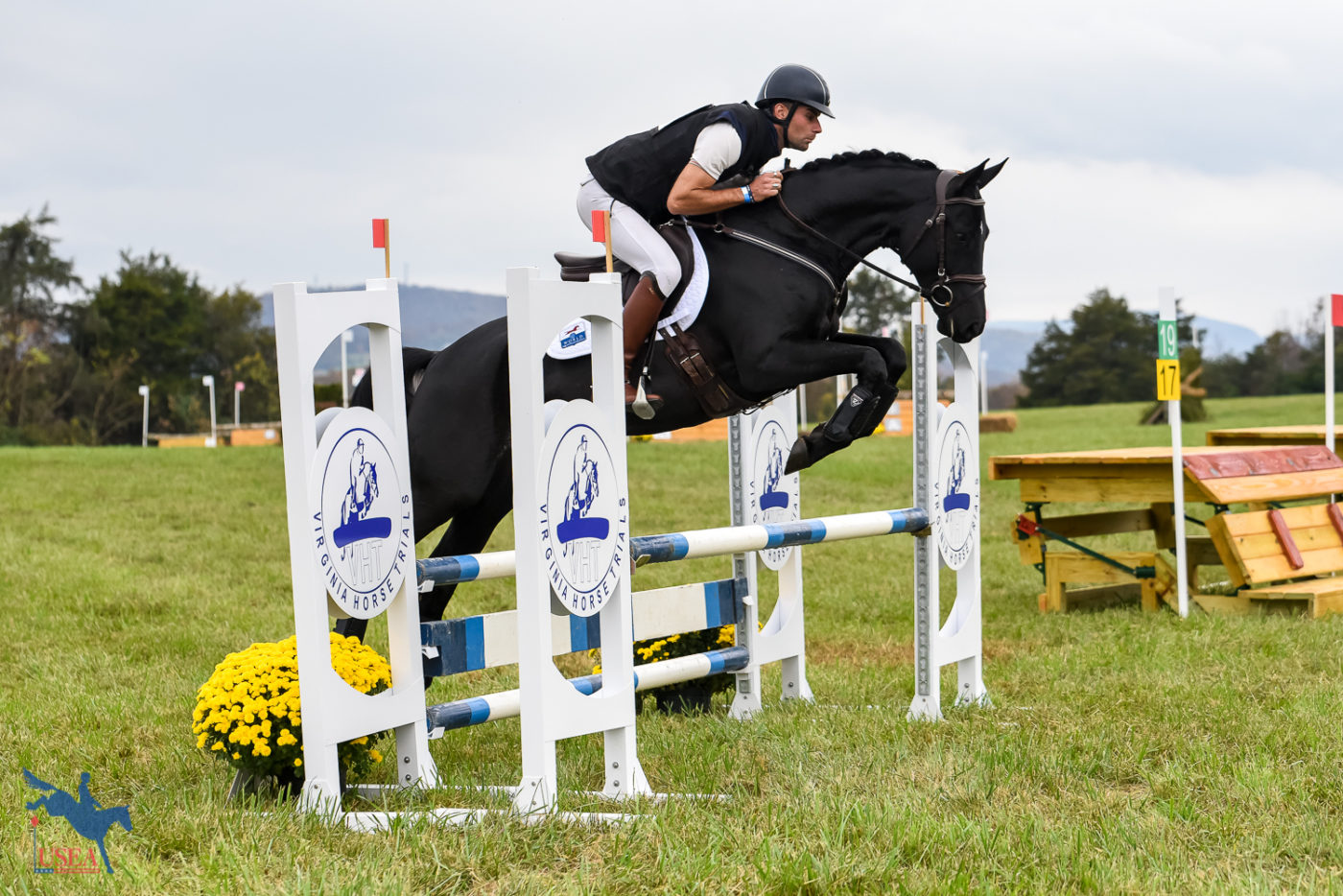 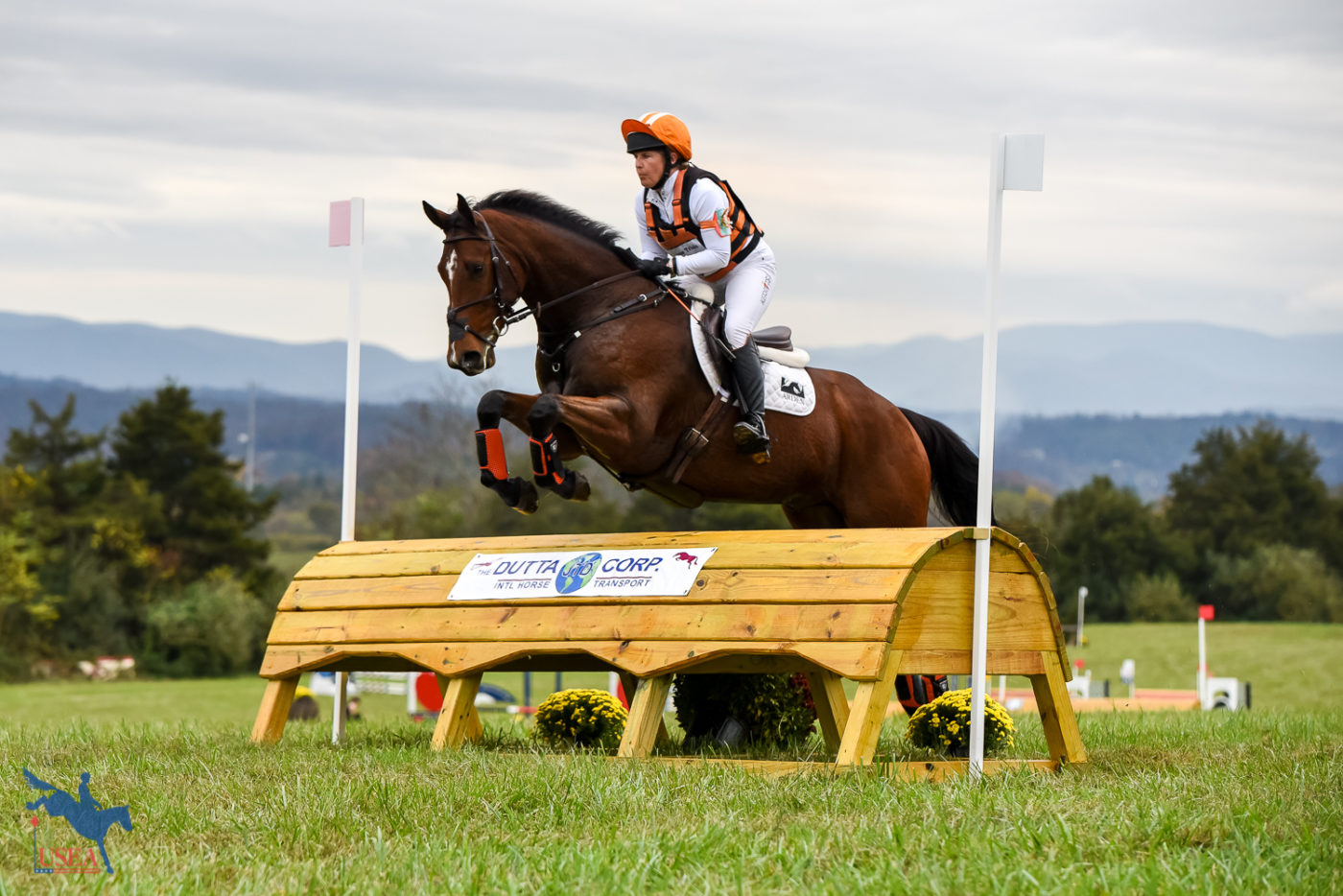 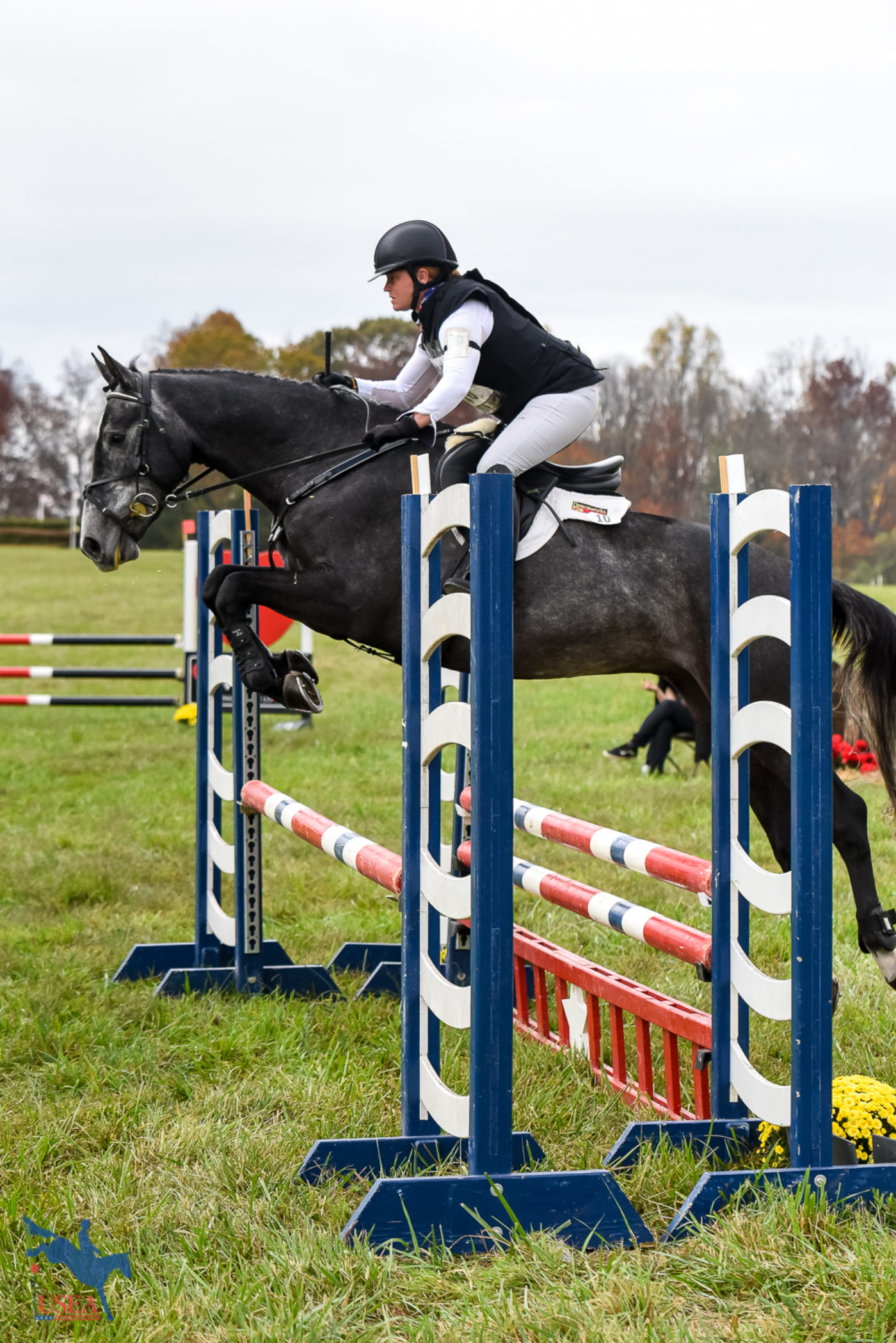 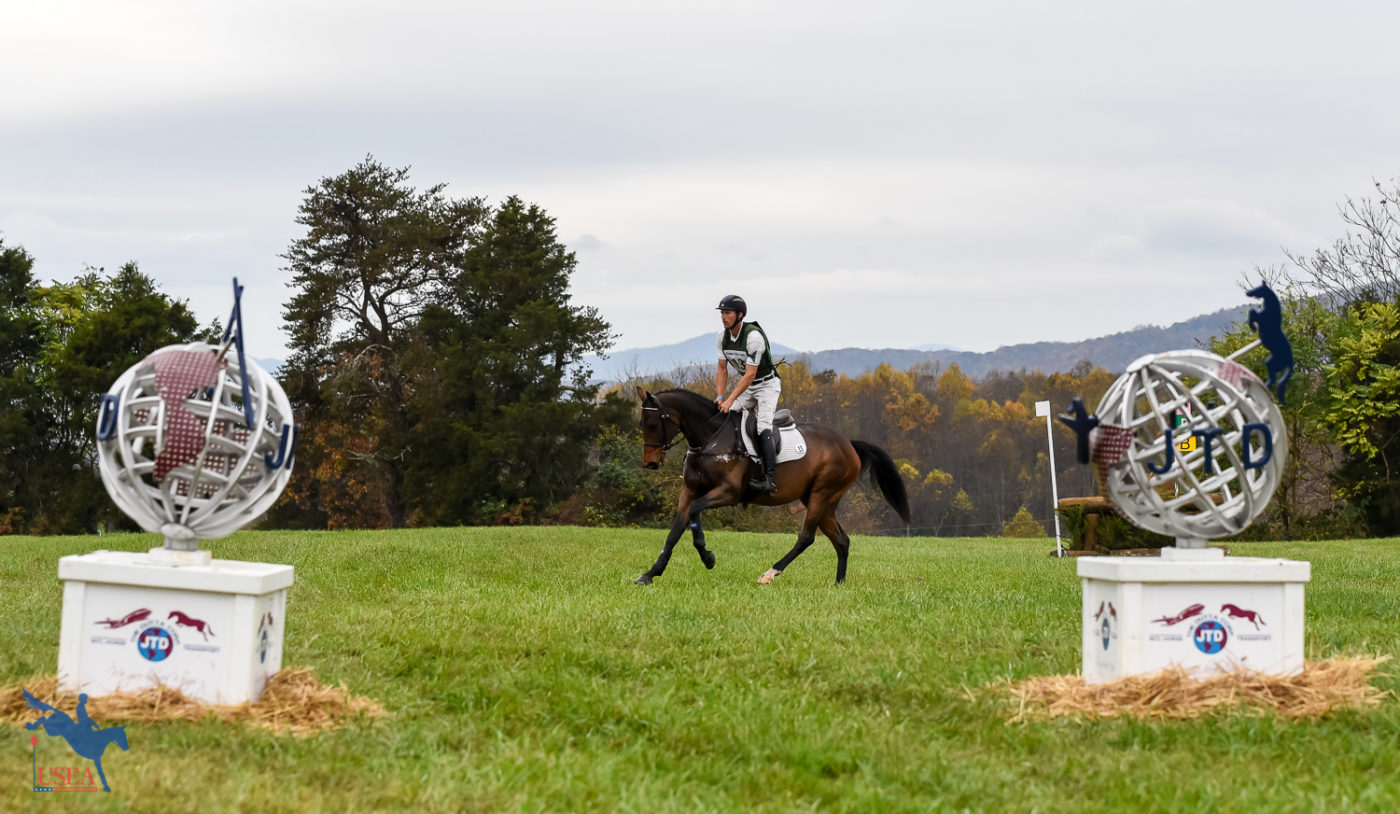 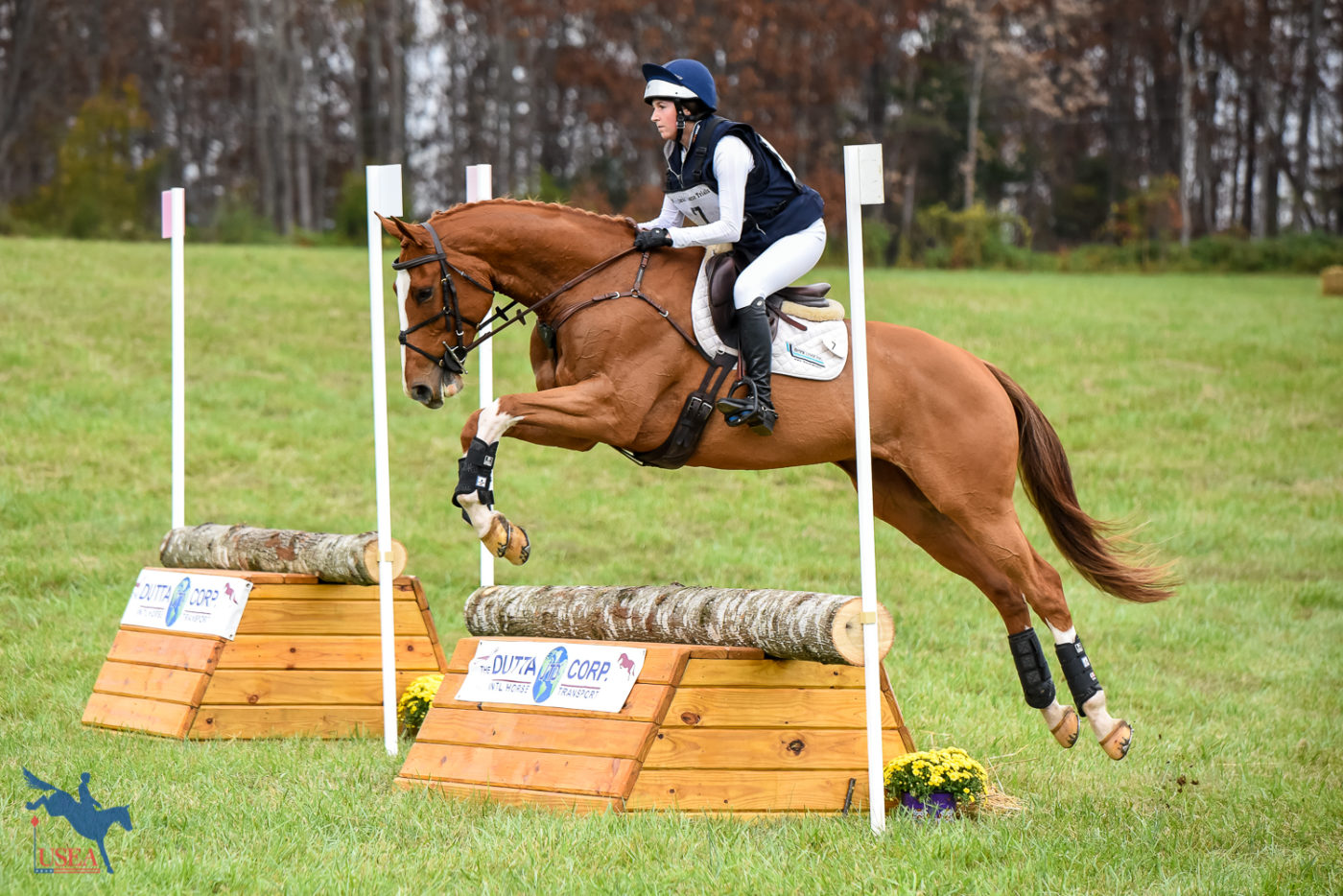 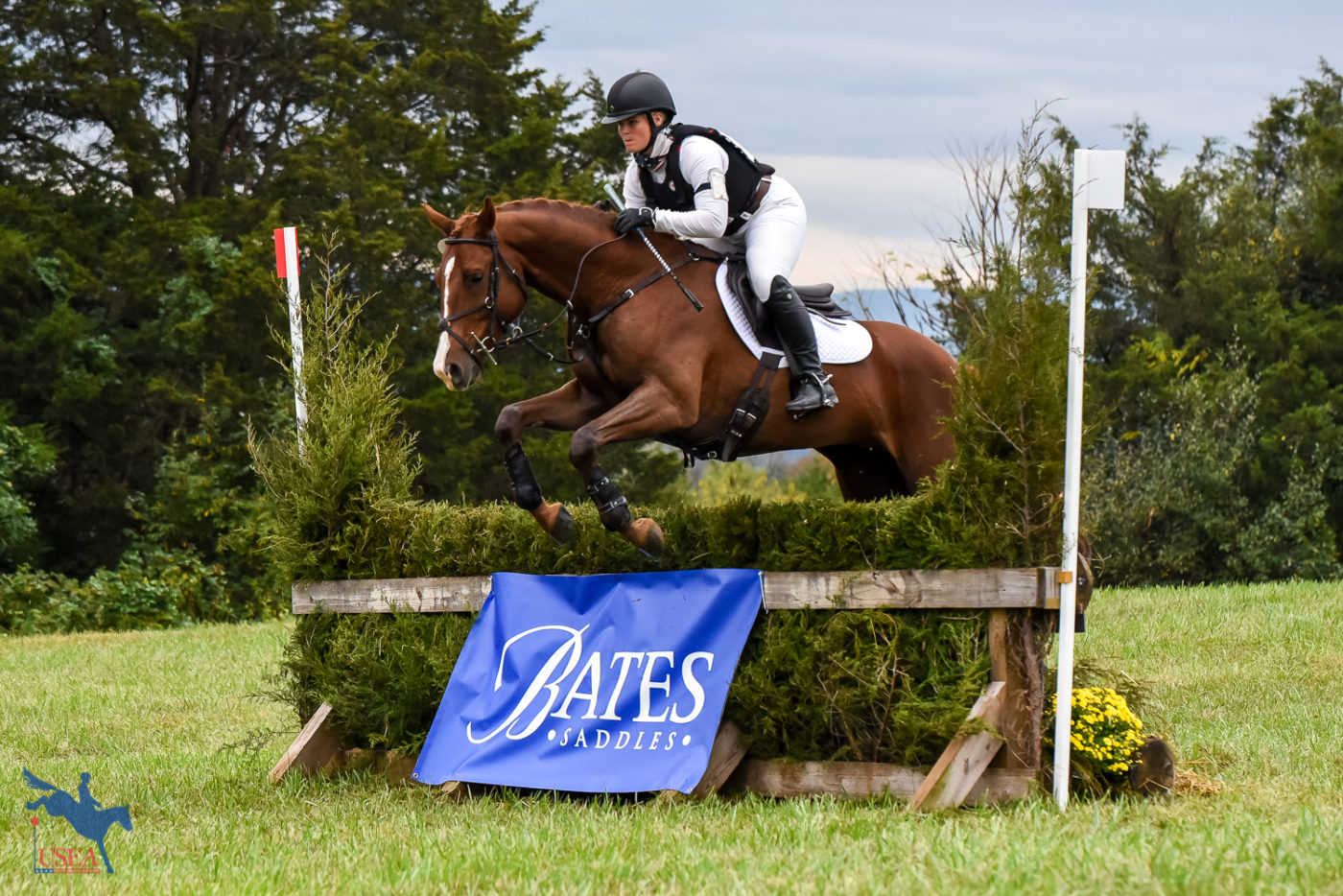 How to Register for the 2020 USEA Virtual Annual Meeting

It was the first Annual Meeting of Members that brought the USEA to life in 1959. Now, 61 years later, the sport of eventing has endured a year unlike any other, and the USEA strongly encourages every member to participate in this year’s Virtual Annual Meeting.

Support the USEA Foundation for #GivingTuesday

The USEA Foundation is thankful to you, our donors, for your generous support over the years. Your gifts to the Foundation showed your commitment to protecting the sport and the USEA against any future national crisis. Naturally, we all hoped that we would never see such a crisis, but in 2020 see it we did!

Announcing the Schedule for the 2020 USEA Virtual Convention

The 2020 USEA Virtual Annual Meeting & Convention is next week and the schedule is now available! The centerpiece of this week will be the USEA Annual Meeting & Keynote Address, taking place on Saturday, December 12, 2020 at 2:00 p.m. Eastern time through a Zoom Webinar.

The United States Eventing Association (USEA) is pleased to announce the renewed partnership with Etalon Diagnostics. As a Contributing Level Sponsor to the USEA Young Event Horse (YEH) and USEA Future Event Horse (FEH) programs, Etalon Diagnostics will provide 10 Minipanel PLUS Tests with Ancestry to be used towards prizes for the USEA YEH and USEA FEH Championships.