The final day of the 2022 EA21 Regional Clinics wrapped up on Thursday, August 18 at Twin Rivers Ranch in Paso Robles, California. The second day of the west-coast-based clinic began with a short lecture from clinician Rebecca Brown who summed up show jumping in two simple quotes: “Show Jumping is dressage with speed bumps,” and “Have an organized stride and maintain it through the lines and turns.” Both were a continuation of the work that was done the day before in the dressage session.

“Show jumping is the ultimate focus,” stated Brown. “Horses care more about you getting them to the fence with the tools to do the job." She strongly encouraged all the riders to not find a distance, but to find a rhythm instead with a straight, quality canter.

Keeping with the first day of the clinic, careful detail was paid to each rider’s position over fences. Brown wanted the riders to either be in a half seat, which she called a light seat, or in a two-point position. One rider with a strong horse was instructed to keep her lower leg still and firm to help her have a solid base of support, and to sit quietly and strengthen her upper body. Another rider, on a greener horse, was encouraged to sit in a light seat to help her horse shape his body by bringing his hind legs further under himself. Similar to the day before, the horses were being shaped to become through.

The warm-up consisted of two small crossrail oxers set at six strides apart with the idea that you would get seven strides with the smaller fences. The goal was to get the horses straight and in a rhythm. The inevitable thing that came from that was a beautiful shape over every fence which prepared them for the rest of the exercises Brown set.

The carefully curated exercises lent themselves to the previous day’s work. Brown hinted to the riders that you could not go wrong with square turns, and the drill she set for them proved it throughout the day. One test of this was a bending line that was set in seven strides. In the earlier lecture, riders discussed riding from the middle of a fence to the middle of another fence, finding the apex between the two lines, and using that point as a turning point. Brown had the riders physically look at the bending line before riding it to give them the best chance at doing it correctly.

Even with its simplicity, problems from the previous day were certain to show up. “Yesterday my horse was lacking power in the flat work and it translated into the jumping today,” referring to the prior day’s work, participant Lizzie Lynch noted. “Keeping the hind-legs coming so he can do his job well and be confident was important.”

“A good rider rides a good landing,” stated Brown, “A great rider rides a great landing.” Another tip that Brown shared with the group of aspiring riders was one that she repeated continually: do a leg yield on landing. This was to help the rider regain control of the canter as well as to maintain the quality of the canter and was another tool that helped sustain the rhythm and rideability between fences and made for a quality landing.

Brown spoke about how she does not jump her Advanced horse big very often. She stressed that so much can be accomplished by jumping small and simple courses with the idea of achieving perfection within these small exercises. The engrained basics will become very solid in your horse and will help sharpen their instincts. She believes that horses can be taught to have good instincts, and with good instincts being key she cautioned riders to not manage a distance for their horse but to instead train them to have good canter and rhythm that will in turn give them a reliable ride and a confident horse.

The format of the two days, which was designed so everyone could learn from each other, was very agreeable for rider Ella Garcia. “Dressage is the base of everything. We had the same lesson yesterday, but today we added in the jumps," Garcia shared. “I loved being able to watch other people because I am such a visual learner.”

Participant Audrey Sanborn brought her younger horse to the session. “It has been super educational,” said Sanborn, “I think this has helped him (her young horse) grow up a lot and it definitely gave me more tools to use for the future.”

With a more standardized curriculum in mind for the USEA education programs and a real focus on the basics, the two days of the Twin Rivers EA21 Regional Clinic were a great success. “I thought the group was really strong. I was really impressed by the level of riding and the dedication of each rider.," stated Brown. “Everyone needs to be better with the basics. You notice that at every level of riding from the young horses to the most elite of the sport.” 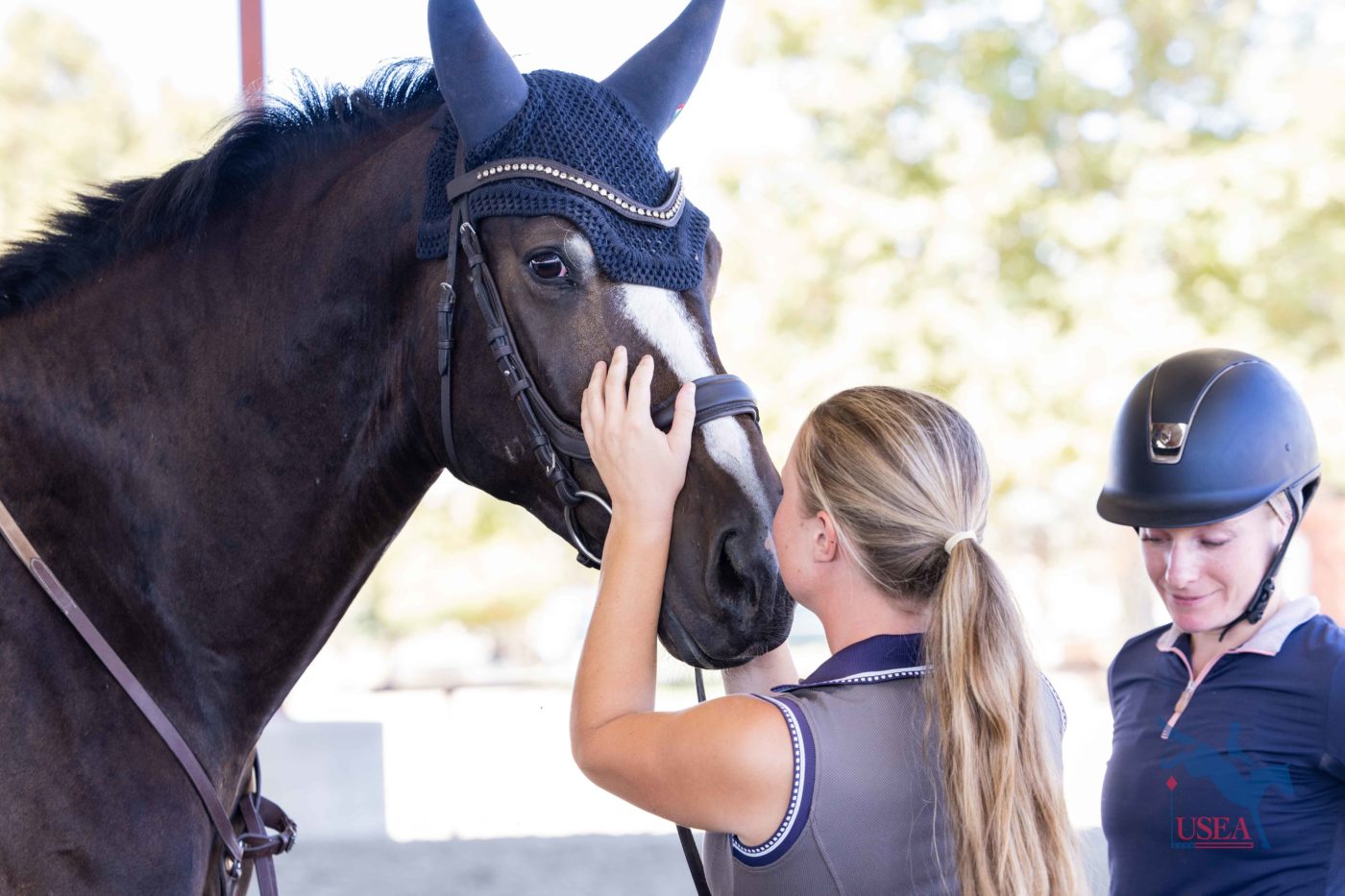 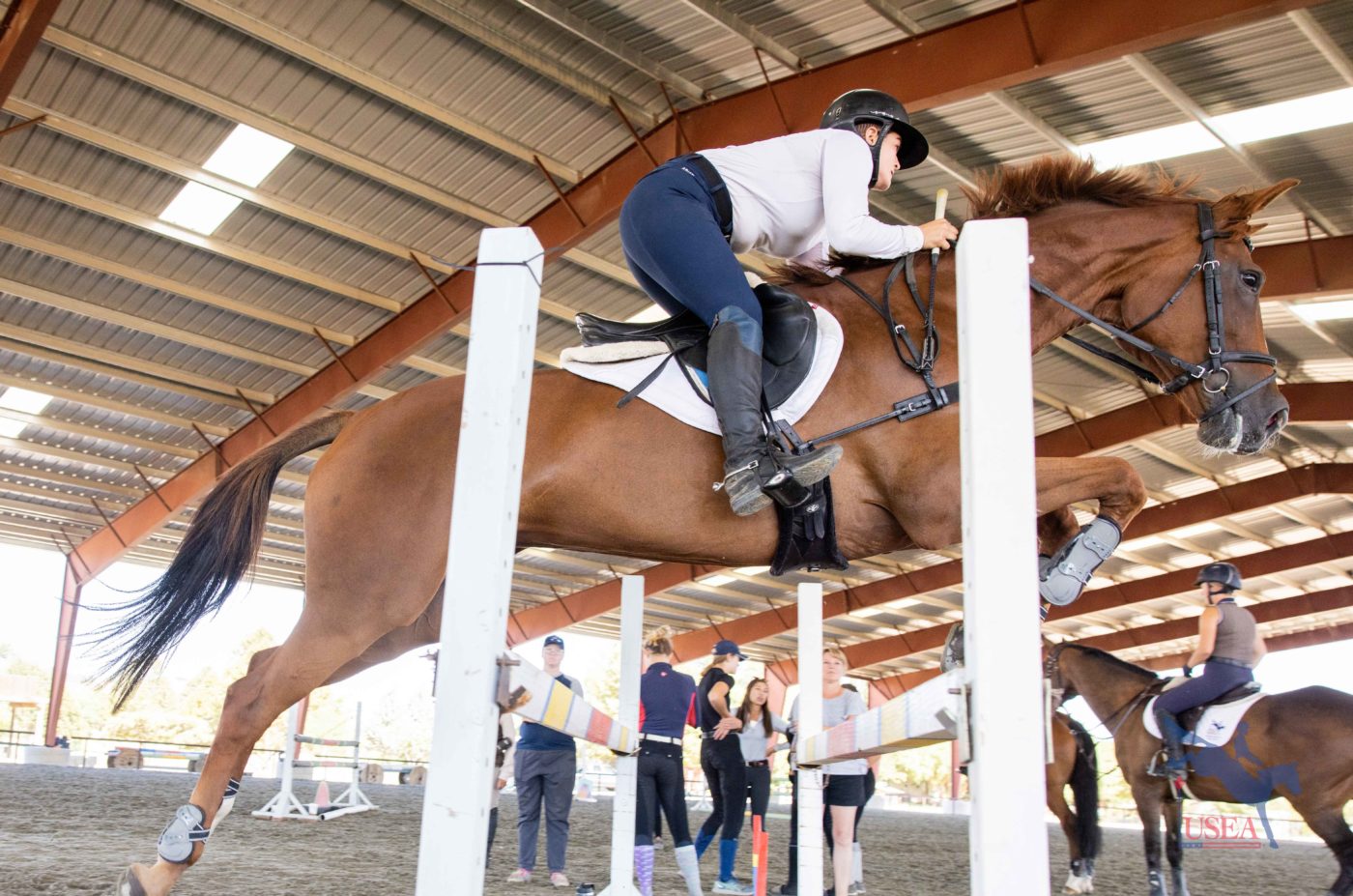 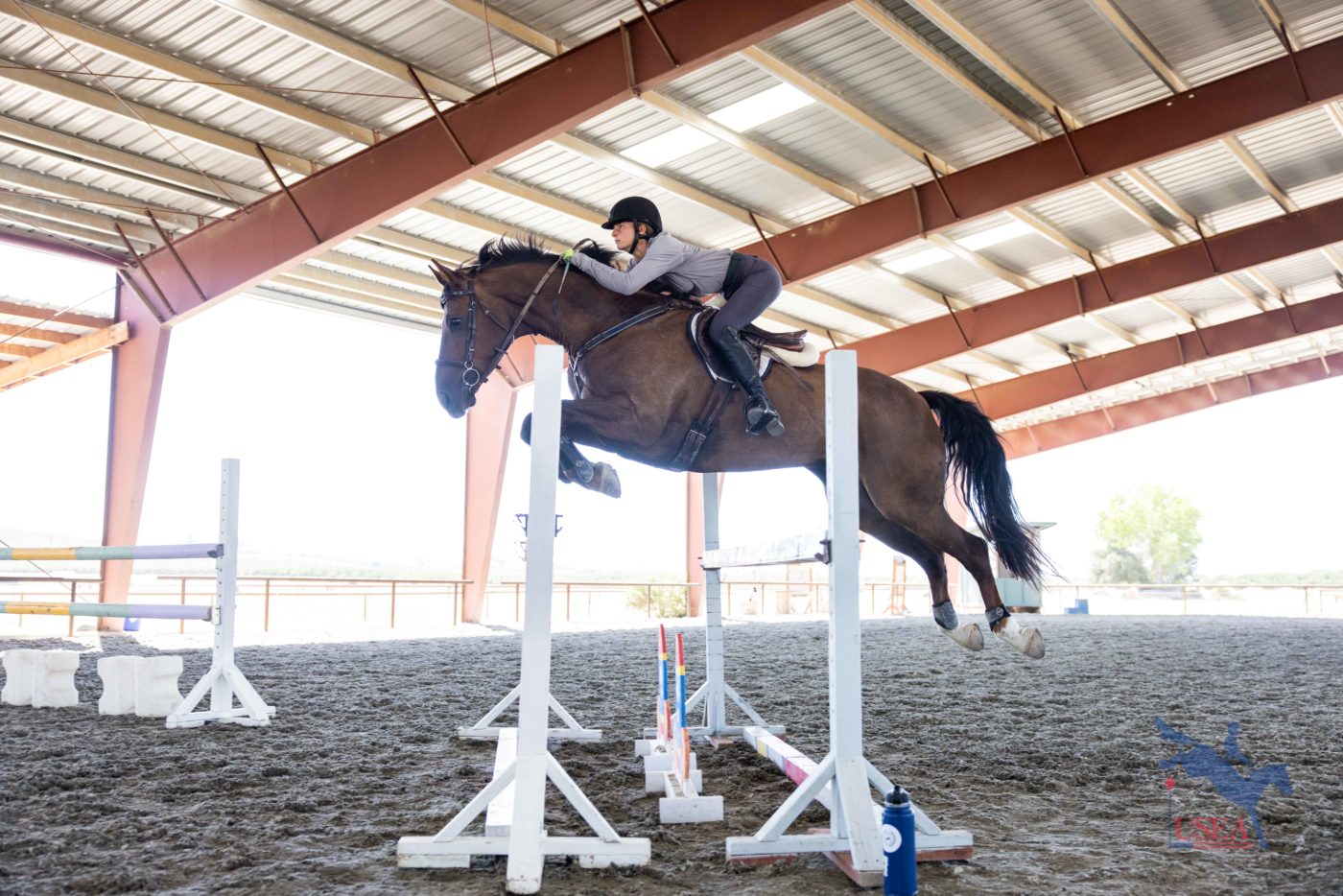 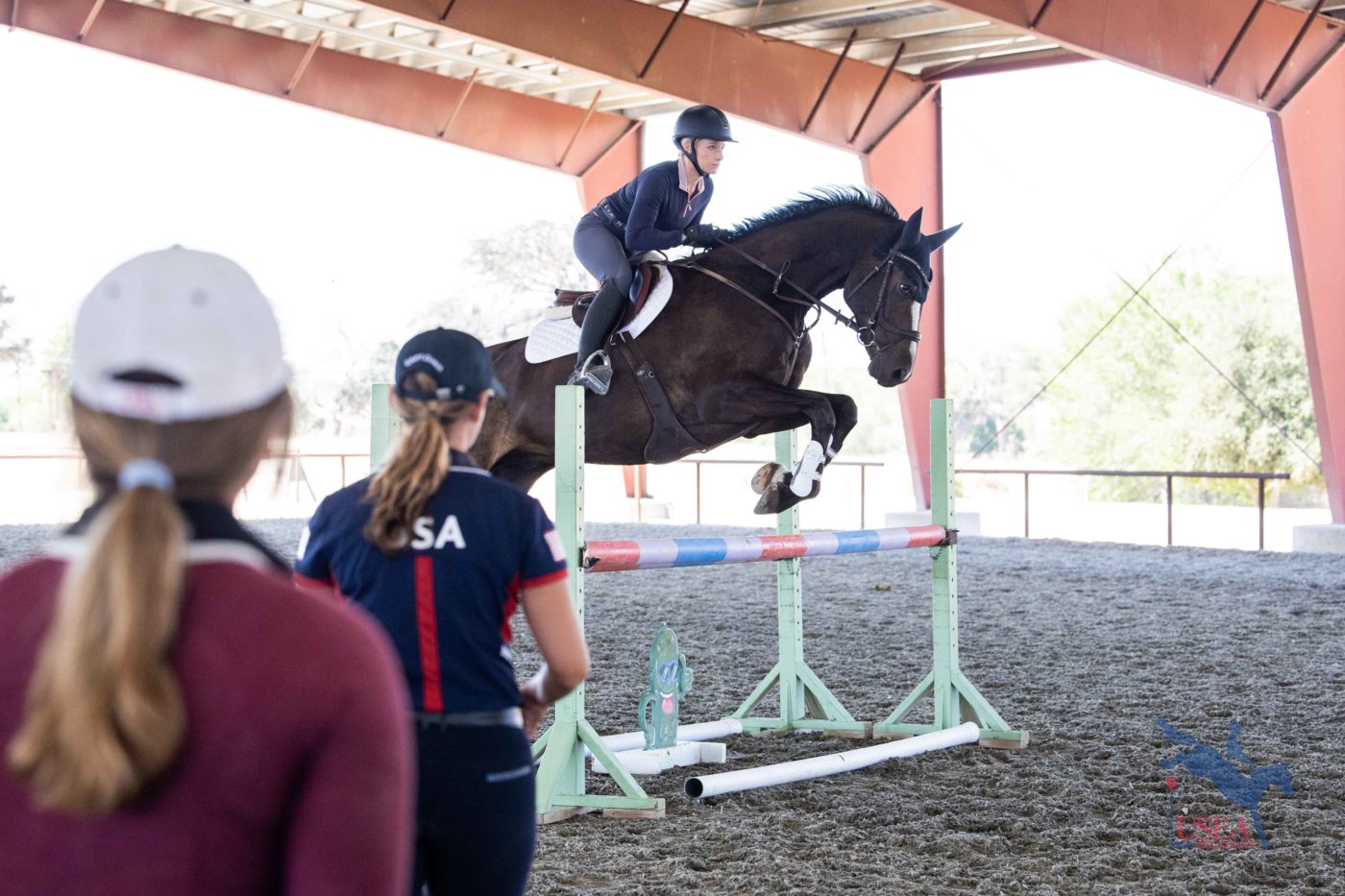 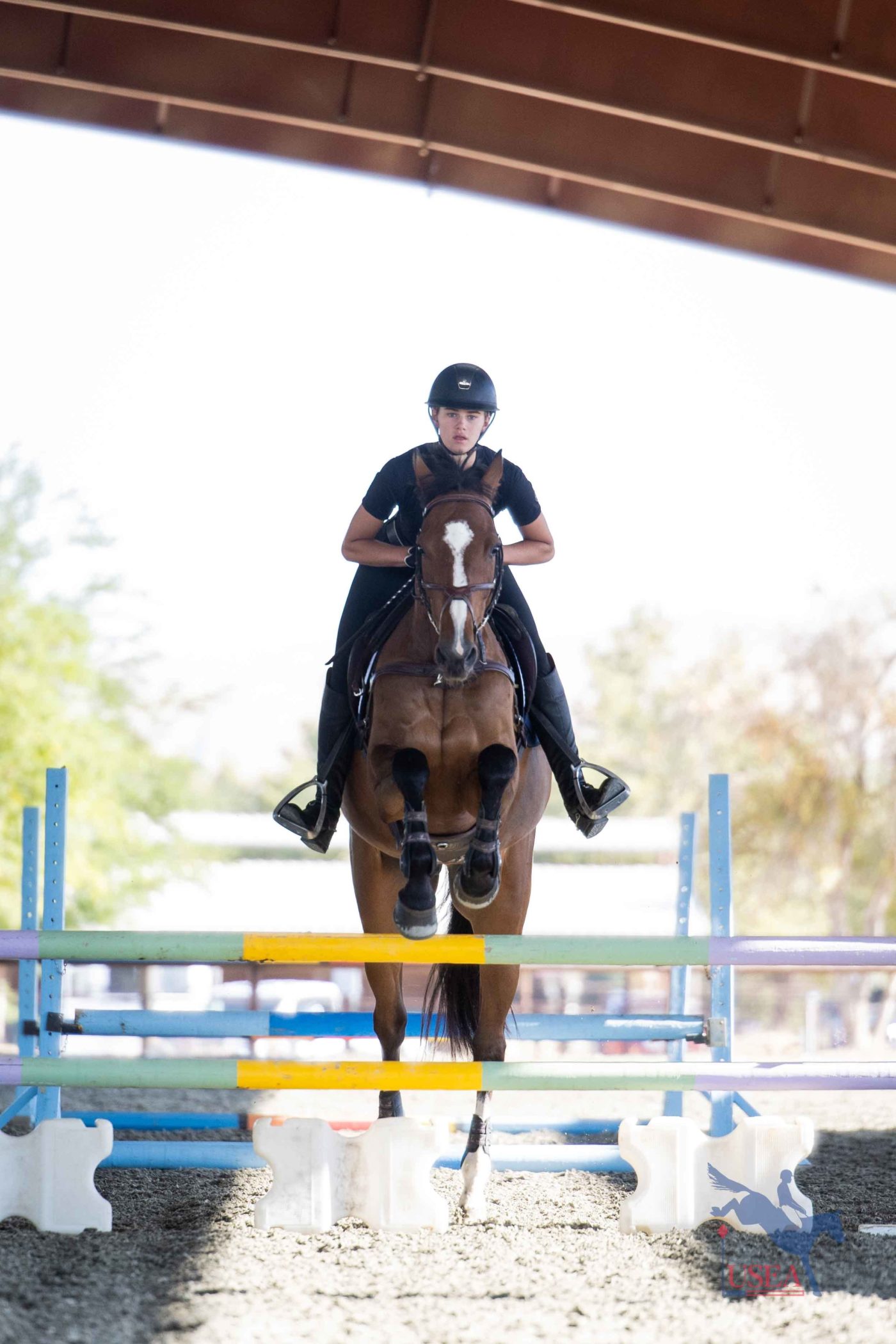 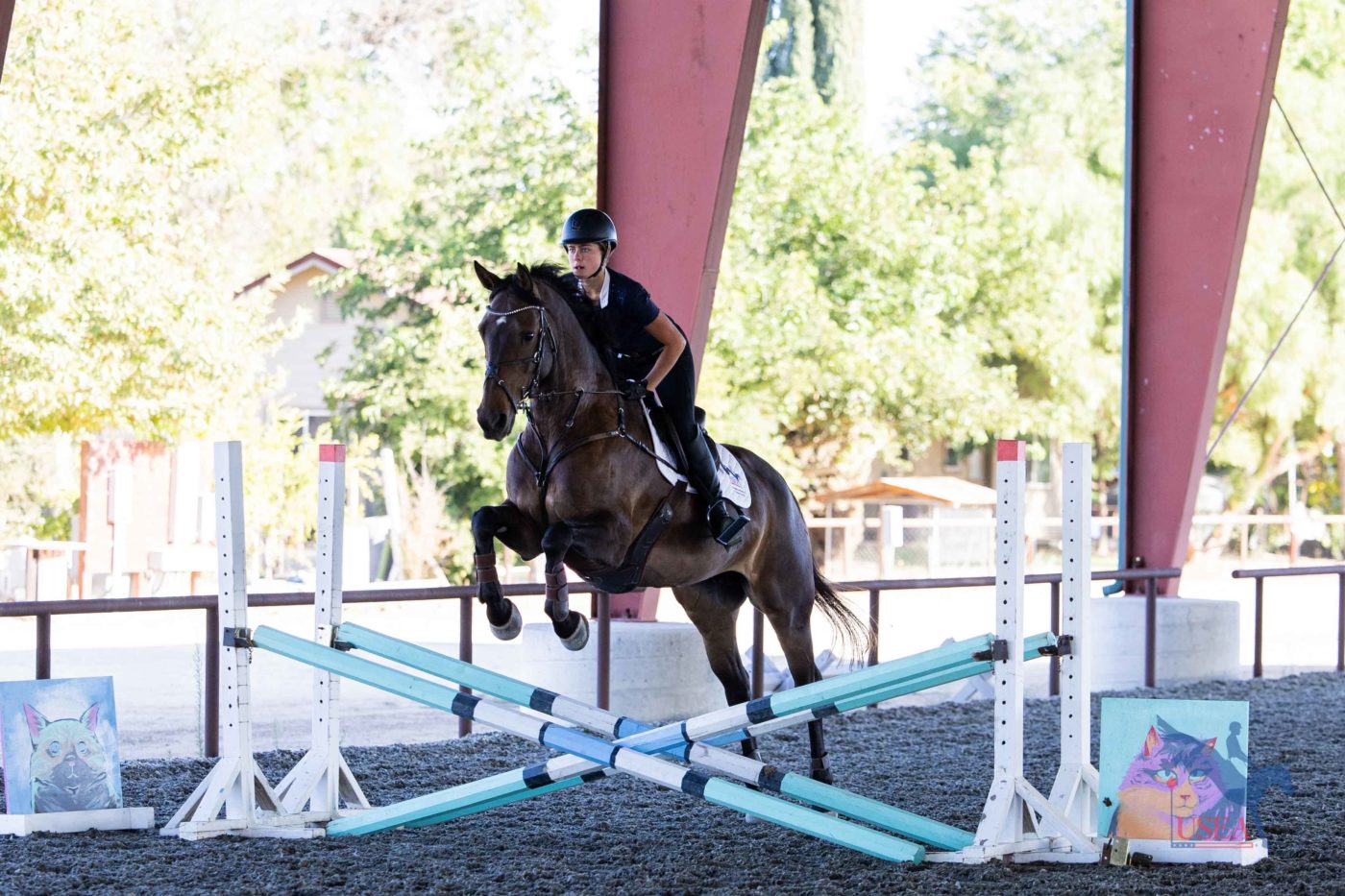 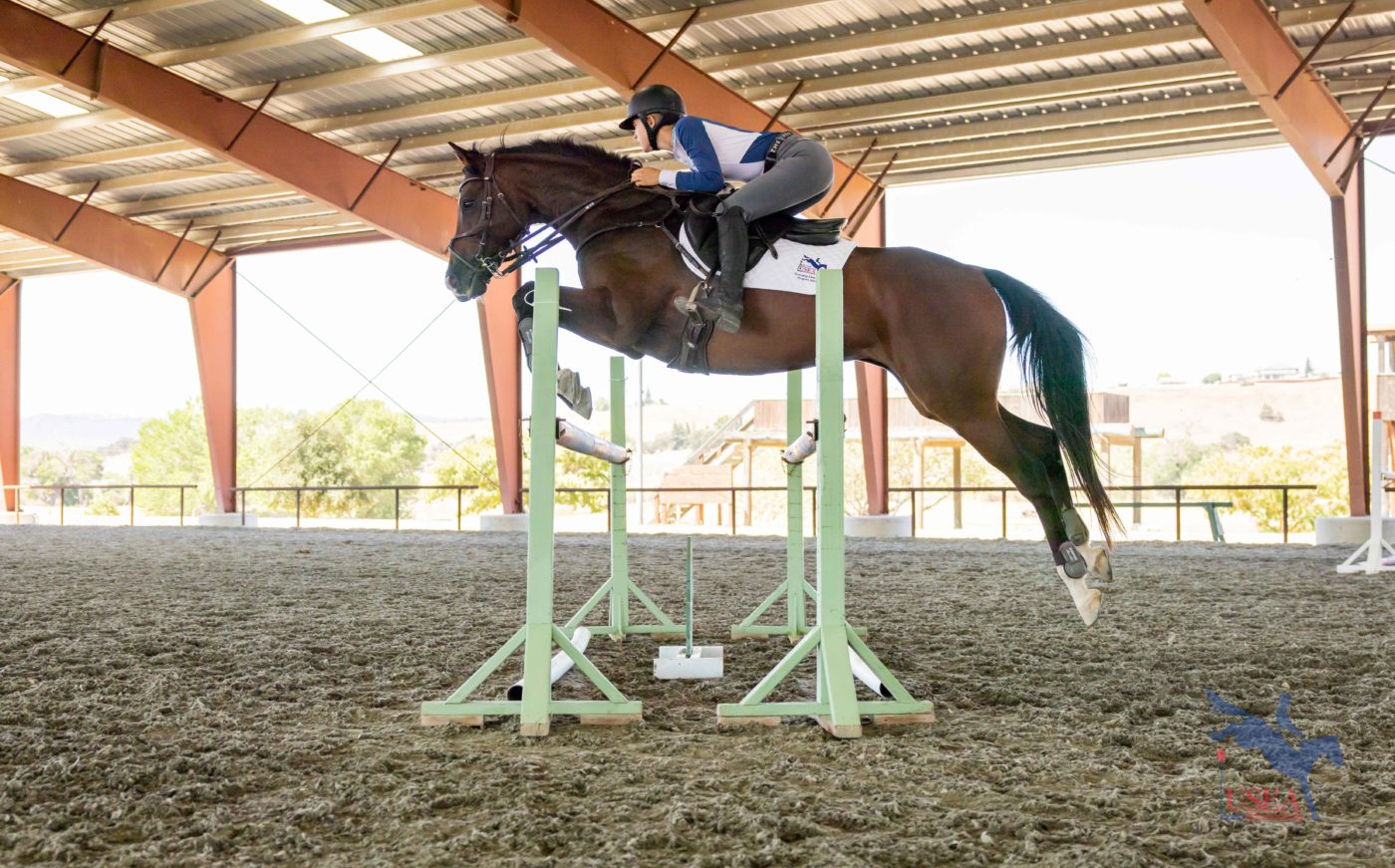 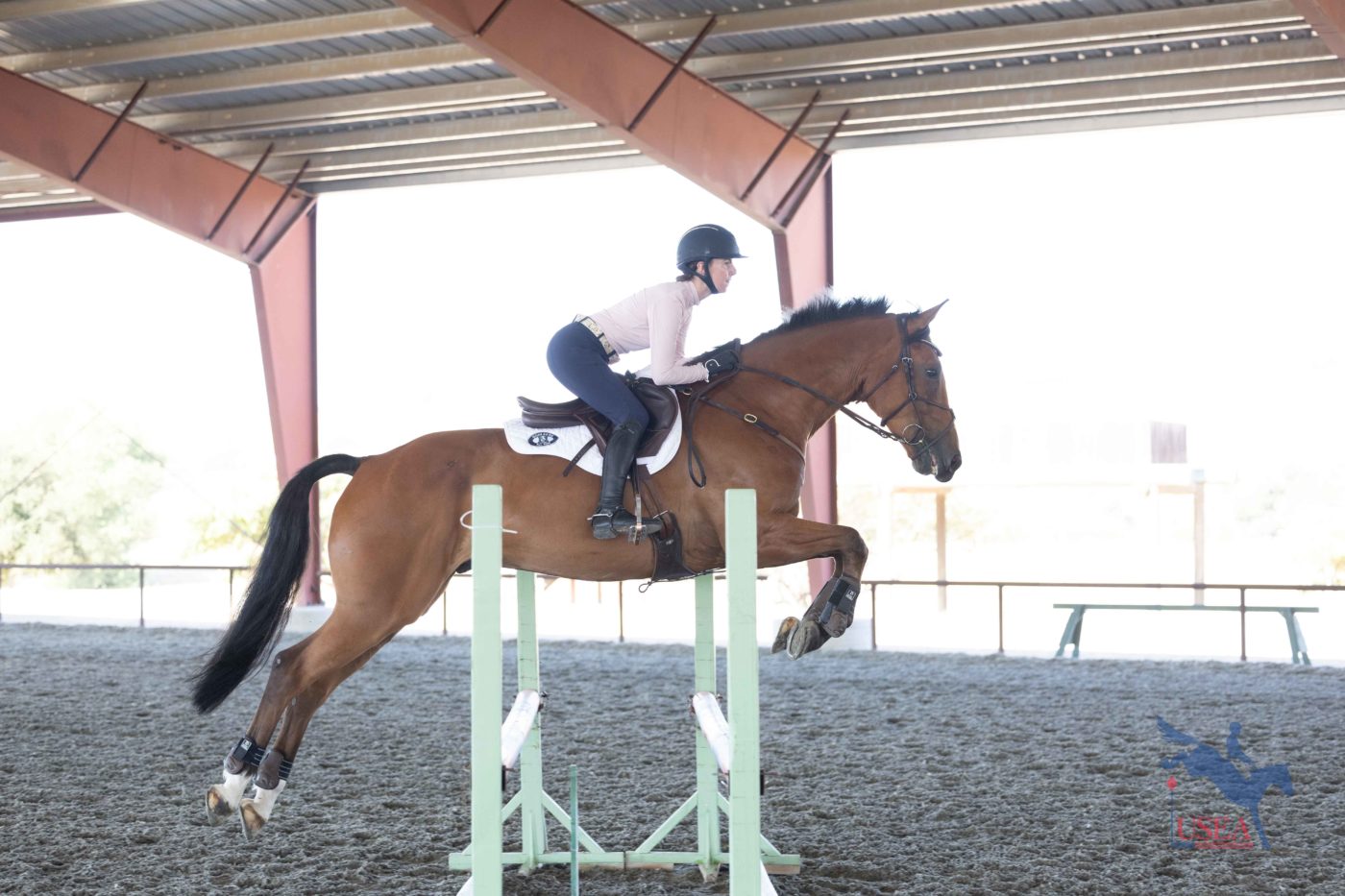 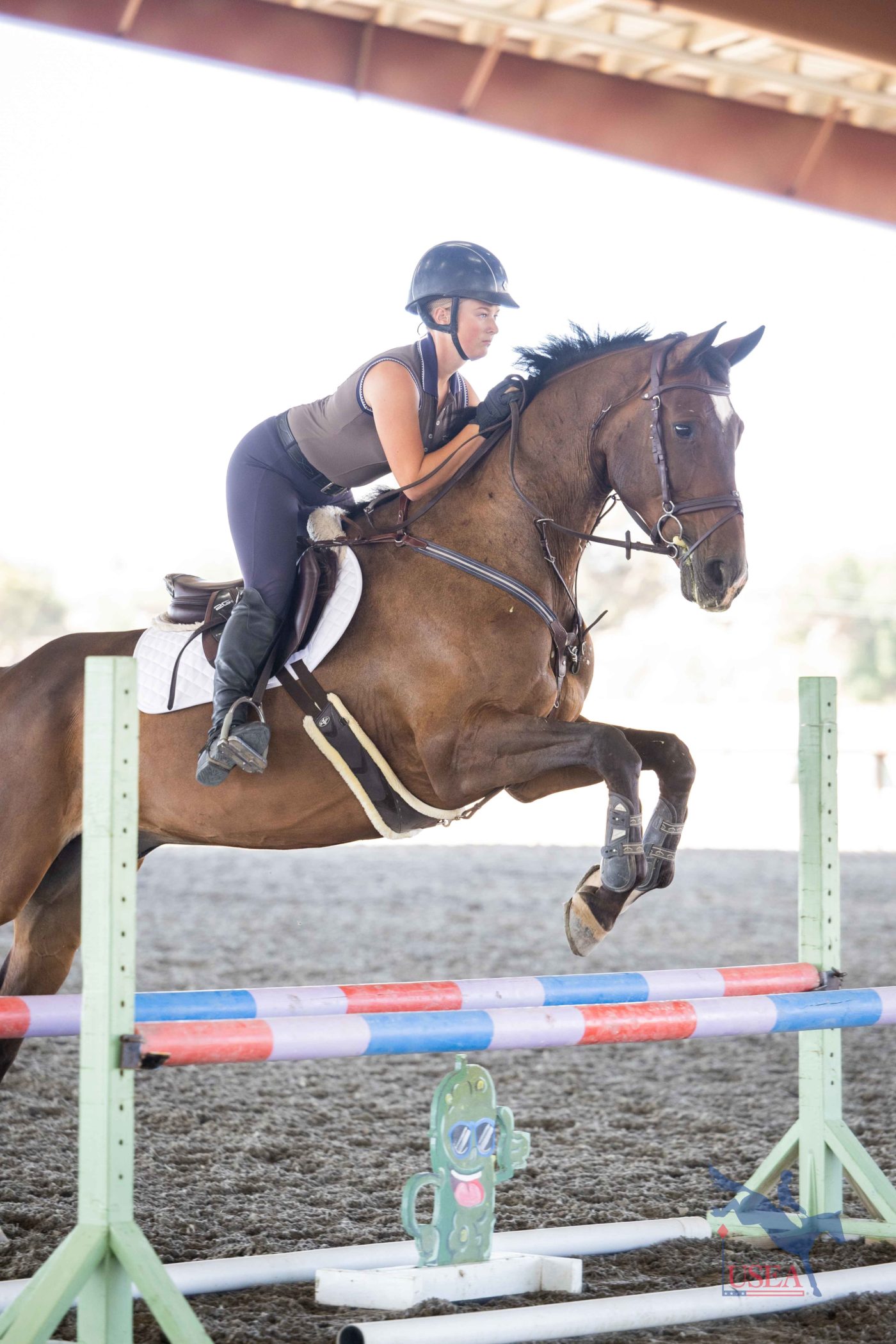 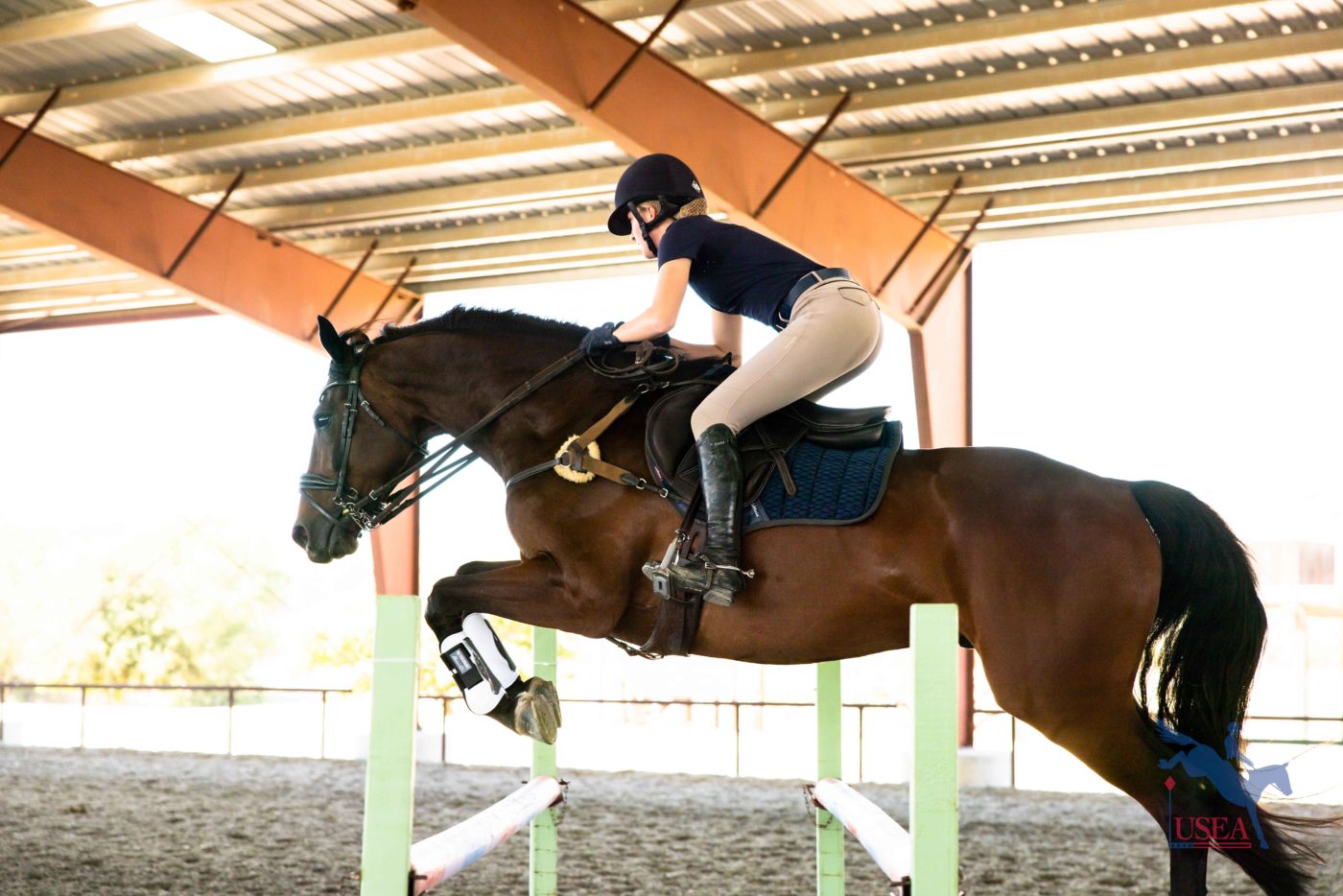